The climbers are at their peak in the garden now, and what a jaunty band they are !

My perception is that they divide very firmly into two camps - the Good Guys and the Sneaky Guys.

I have a covert respect for the Sneaky Guys, but they need to be watched with vigilence at all times. For them the only way is up ! Cocksure scalers of trees, fences and pergolas, they twine and twist their way to the stars, not caring how they get there. They can smother, strangle and choke any unsuspecting plants which get in their way. 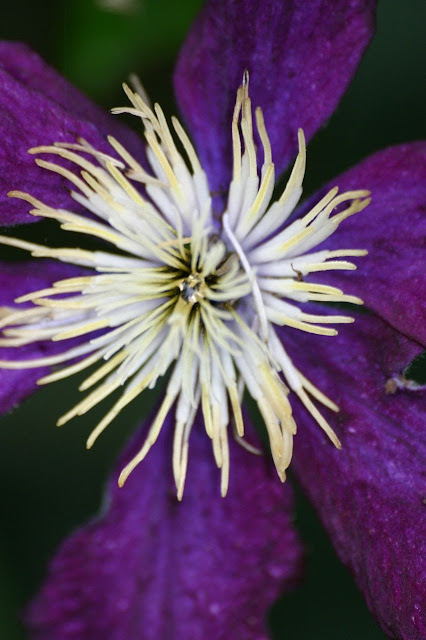 Cunning and sly, they slip where they know they shouldn't, shunning your carefully constructed trellis or obelisk to strangle an innocent adjacent shrub. Their murderous tiny fingers  have to be uncurled from delphinium stems and foxgloves before they choke the life out of them. 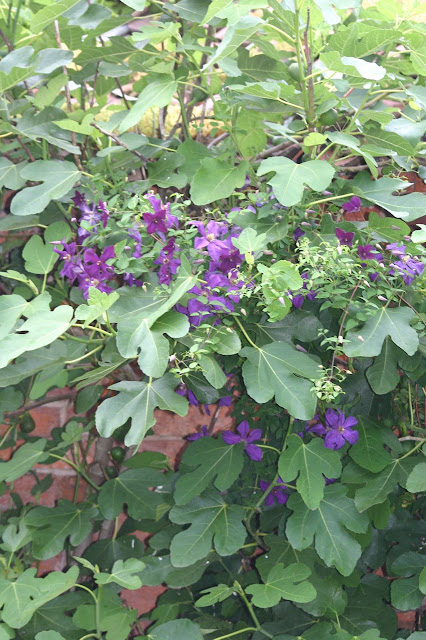 The sneaky guys move like lightening when your back is turned...

'Polish Spirit', the lovely purple clematis in the photo above, snuck into the fig tree seemingly overnight, weighting it down with its bulk, but I can't bear to do anything about it while it is smothered in flowers. It was safely on its trellis the last time I looked !

Golden Hop is as bold as brass, swinging effortlessly up into trees, like a trapeze artist without a net . It laughs in the face of caution and scrambles to the tips of high branches, vines wrapping exuberantly  around anything in its path. 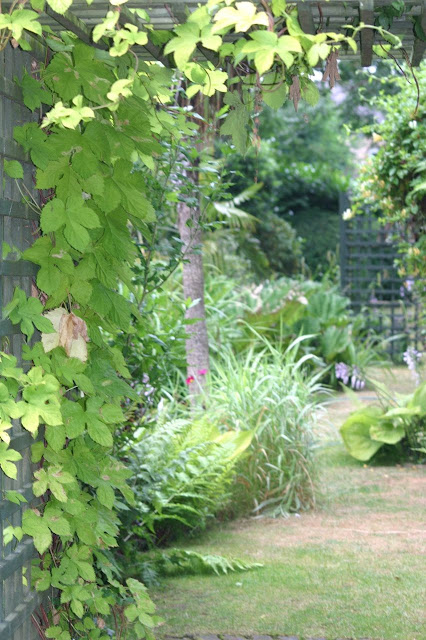 But there are good guys too ...

The roses are, to a man, well behaved. They don't do the sneaky overnight growing and twirling thing, and they stay within their allocated spaces. Hard to fault with big, fragrant blooms often repeat flowering throughout the summer. For the most part, if you tie them in, they stay there. Sometimes a high wind will release them, when they will wave helplessly about, begging you, silently, to come and help them. Its true, some are vigorous and grow very strongly, but an annual prune shows them who is boss, and after that they are obedient . 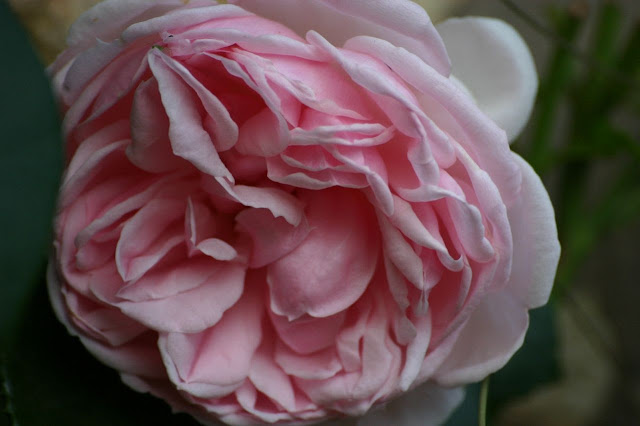 'Cindrella' (above) is  always well behaved, growing strongly but not being disobedient. Smothered in flowers for most of the season, it is hard to fault. 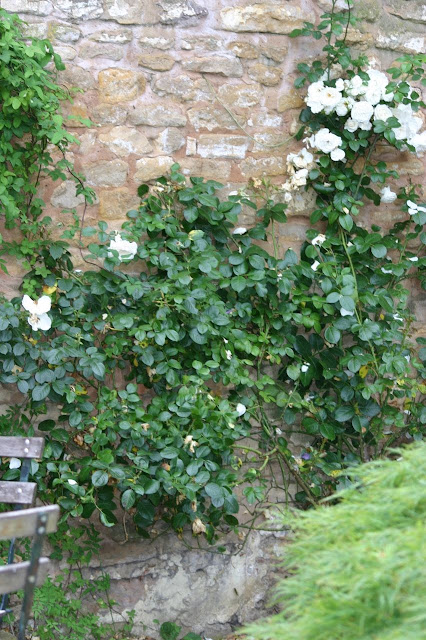 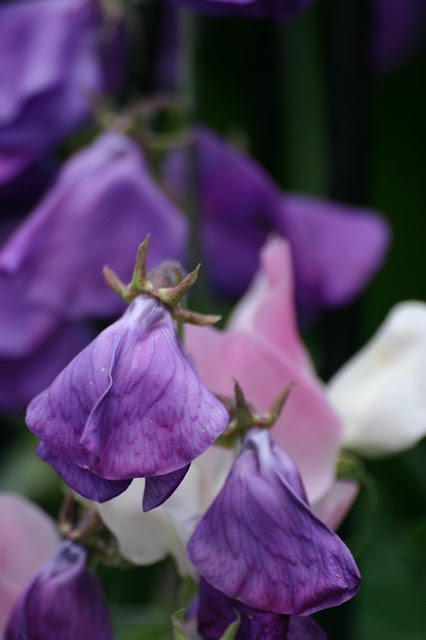 Sweetpeas are good guys too, when they reach the top of their tripod they just wave about helplessly, waiting for rescue. Like children on a climbing frame, they stay on their tripod, and although they explore it fully, they don't leave it. Like children, they do need constant attention though, and if not regularly deadheaded they sulk and stop flowering. 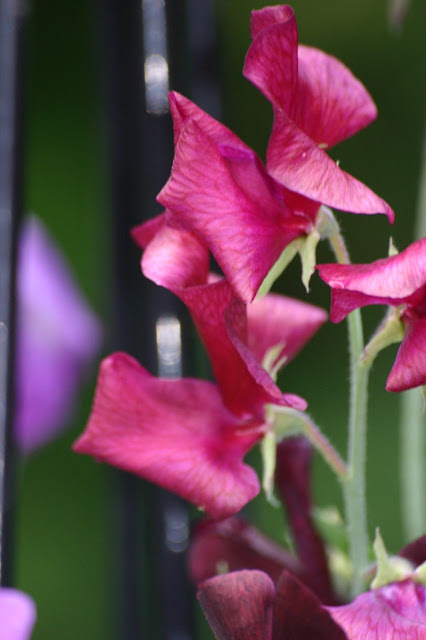 Small flowered Cupani , in the photo below, is even more well behaved than the other Sweet peas, perhaps even a little  timid . 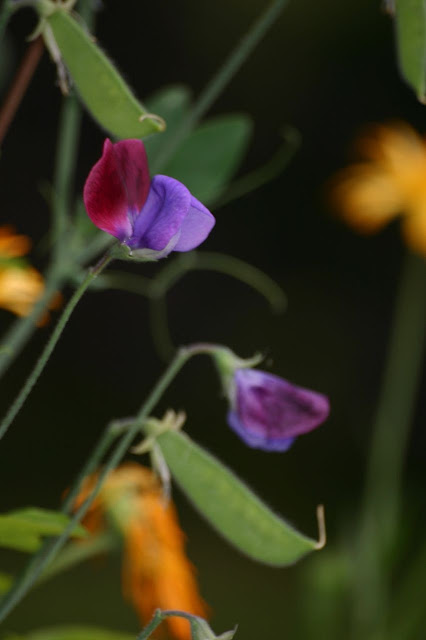 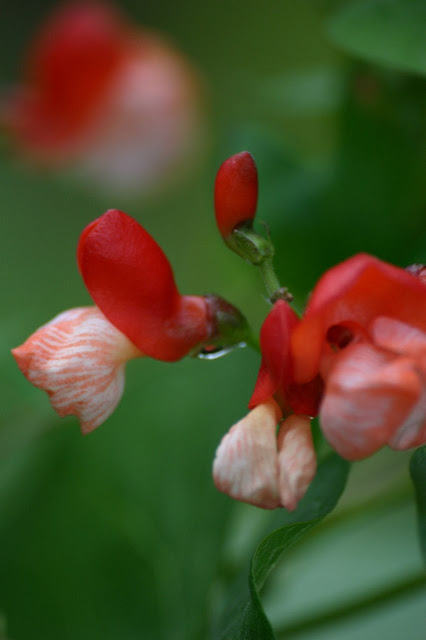 Above, is a really good guy - so good he can be eaten ! These are the flowers of 'Tenderstar' a cross between a French bean and a runner bean, which has no hairy or stringy bits ! Although it needs a good run of netting to grow up, it doesn't tend to sneak off anywhere else like the dastardly Golden hop or clematis ! 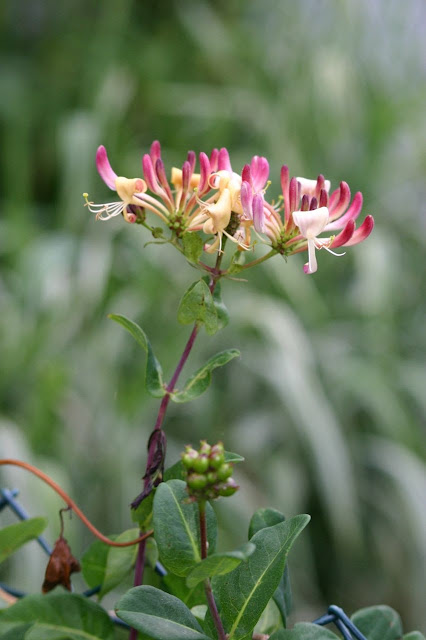 Honeysuckle ... hmm ... ought to go on the naughty step, but with a scent so delicious, it can be forgiven anything ! It twines and twirls, slipping from the fence where it should stay, up through shrubs and hedges, robust and unstoppable. Impossible to kill off, even if you wanted to, easy to propagate through cuttings, which root incredibly quickly. And when you walk down the garden in the twilight of a summer evening, that rich scent is almost palpable. Got to be a good guy ! 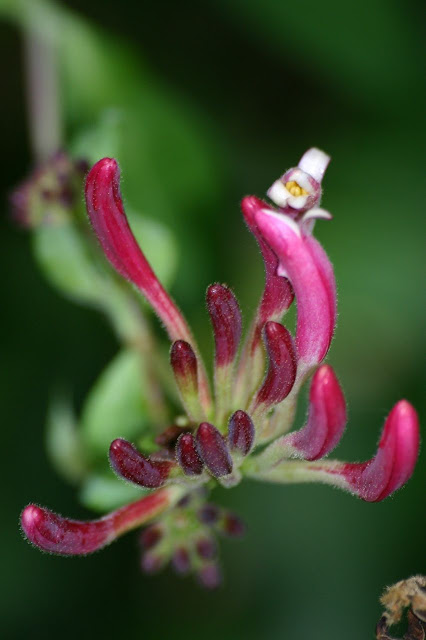 The Passionflower, in the photo below, is another thug, albeit another  lovely one. It has a sinister side to its beauty as it will cheerfully strangle anything in its path. It will shin along wires, and up posts, stealthily climbing up house walls and sheds. It is rampant and defiant, beaten only by icy weather which cuts it down to size. Often however, it rises again, zombie-like, to grow again, the following season. 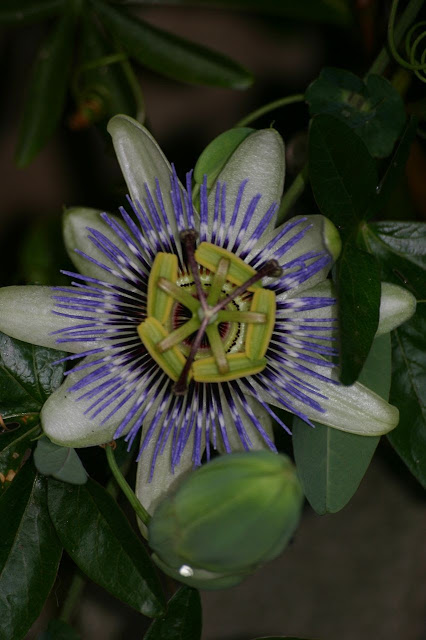 But all the bad guys are nothing in comparison with the Godfather of all sneaky climbers ... 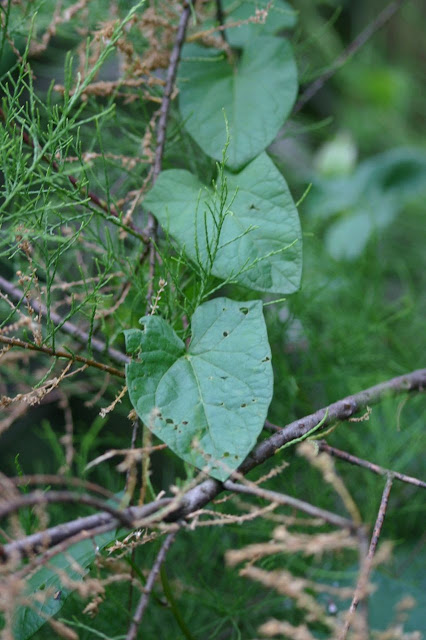 Columbine/ Bindweed ! I hate it ! I pull great thick ropes of it out of the trees and shrubs, yet it still comes back in a nano second. Like a teeny Boa Constrictor  it wraps around the stems of my innocent delphiniums and foxgloves, squeezing tighter and tighter until it strangles the life out of them. I painstakingly unwind a corkscrew of vine from around a treasured stem, but no matter how careful I am,  it still cunningly beheads the flowers at the last moment. Clearly a master criminal and one which I am determined to outwit.

So, those are the  Good Guys and Bad Guys in my garden, I wonder who you sit on the naughty step in yours ?