Side order of Begonia with that, madam? 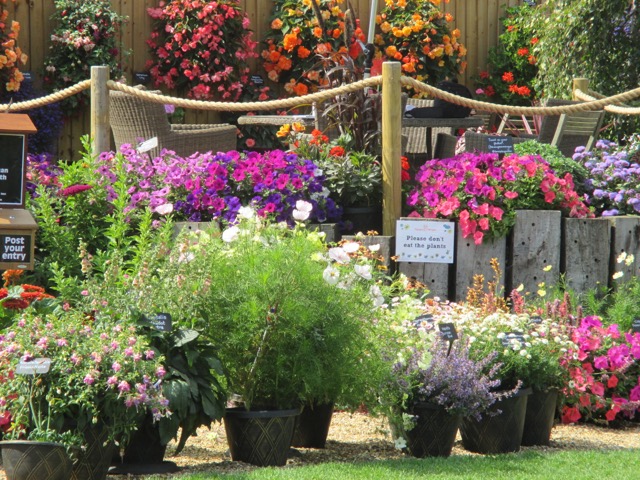 On arrival at Thompson & Morgan's 'Online Media Press Day', we were all immediately encouraged to taste begonia petals, fresh from the plant ... not what I was expecting at all! The taste, should you be wondering, was fresh, citrusy and surprisingly good.

The edible theme continued as we were shown a new fuchsia, 'Berry', which, you guessed it, has been developed for its large and tasty berries. There is no stone or pip, so you can just pop the whole thing straight in there, as you wander round the garden. Being the sort of gardener who feels peckish as soon as they leave the kitchen, the thought of constant floriferous snacks is quite appealing. Throw the dwarf patio raspberry 'Ruby Beauty' into the mix, and you have your own picnic before you've even left the patio. 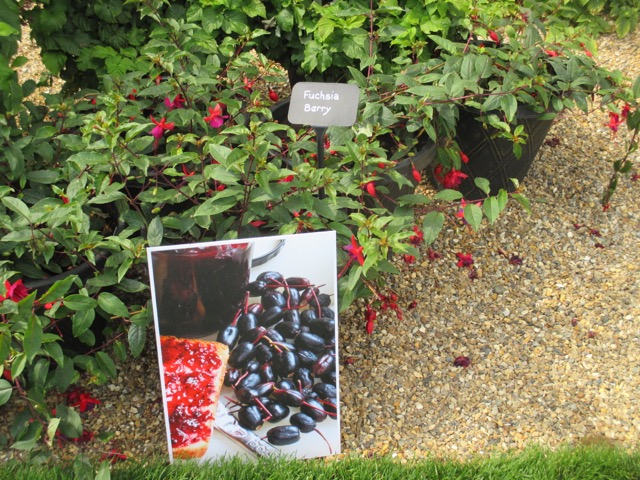 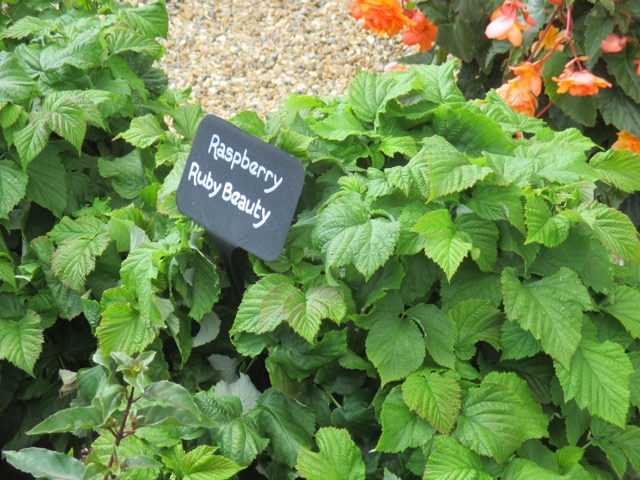 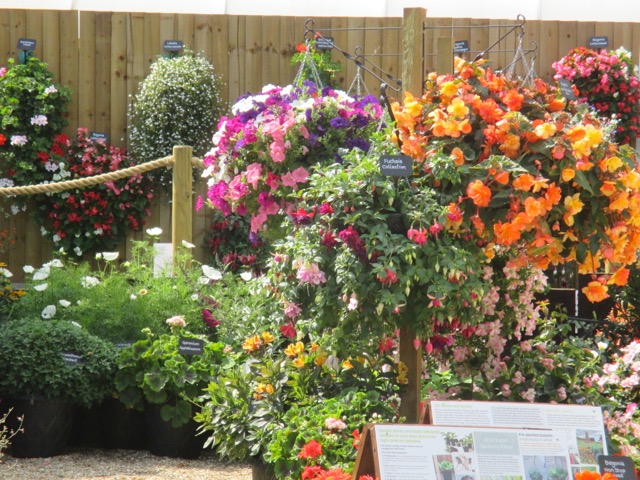 Even the cake served to us at afternoon tea was decorated with edible petals  -  and short work was made of that too! 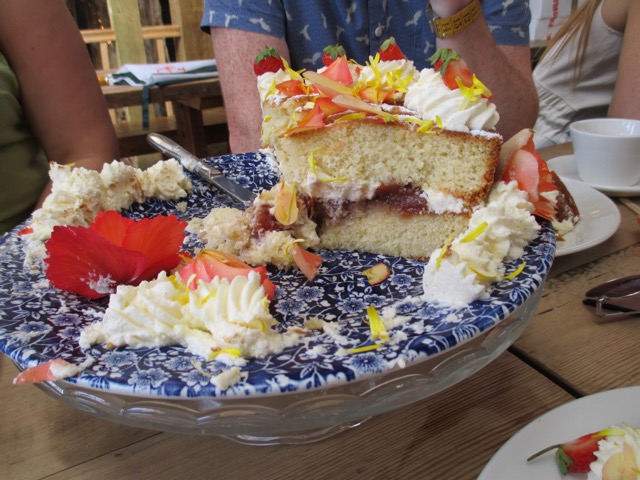 Having whet our appetites with edible flowers, the foody theme continued with a talk about new T & M veg varieties, including a tasting of 'Wasabi Rocket' - a hot peppery leaf with that distinctive Wasabi flavour. We were all given a packet of seeds to try, and, having been assured that it is not too late to sow, I am keen to sow some immediately. They are a successional, 'cut and come again' crop which can be harvested in just a few weeks.

The new T & M 'Trial Garden' is situated on 'Jimmy's Farm' (just South of Ipswich)  for the first time this year, to encourage visitors to look around and see what is available, and how it performs in a garden environment. New additions to the catalogue are featured, and there are also some new plants being trialled there, which are not yet available in the catalogue. 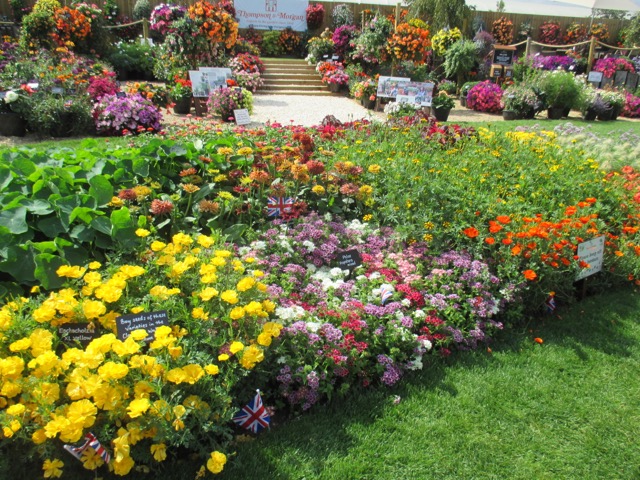 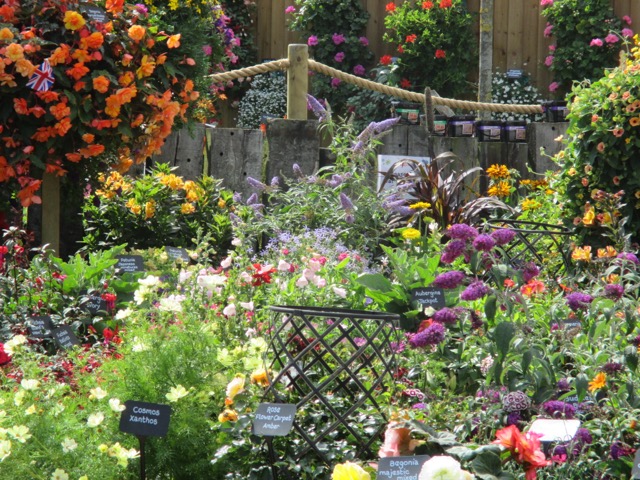 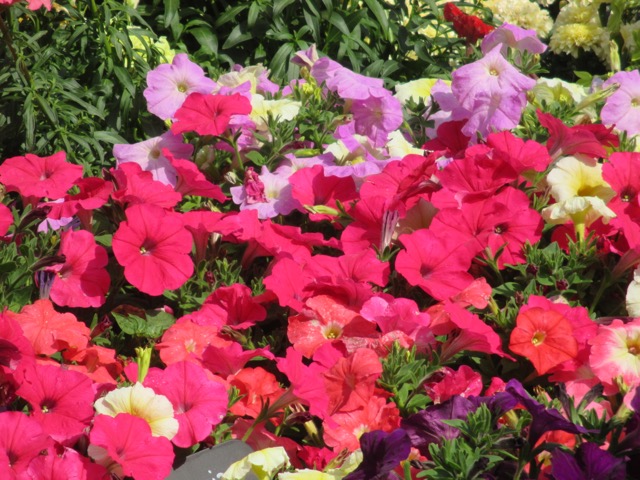 There is a mix of perennials, shrubs, climbers and bedding, with popular bedding varieties, like petunias, taking centre stage. There are varieties with single colours, doubles like the prolific 'Purple Rocket', and also more novel varieties like the splodgy 'Night Sky'... 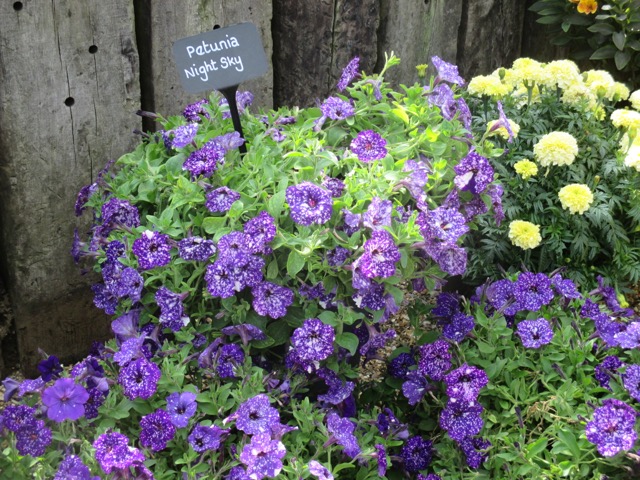 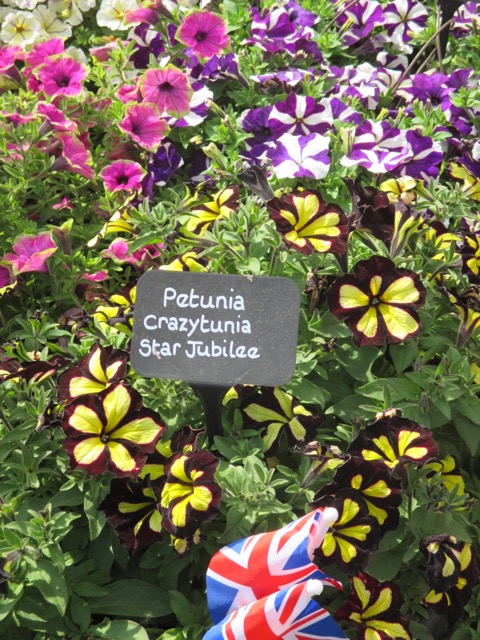 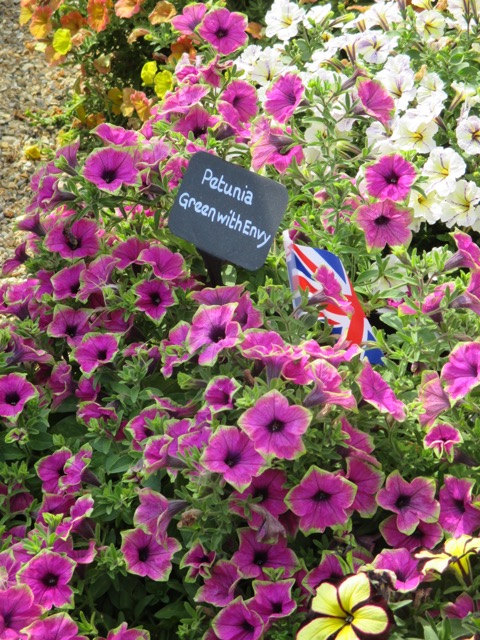 Not really my thing, but great fun, I guess, if it is your thing !

More my thing was a lovely Amaranthus called 'Molten Fire', which doesn't have the long tassels usually associated with 'Love Lies Bleeding', but instead has explosions of bright pink at it's core, which increase in size as the season progresses. These would look good in a hot, sub tropical border with Ricinus, dahlias, cannas etc, and I will be giving these a whirl next year. 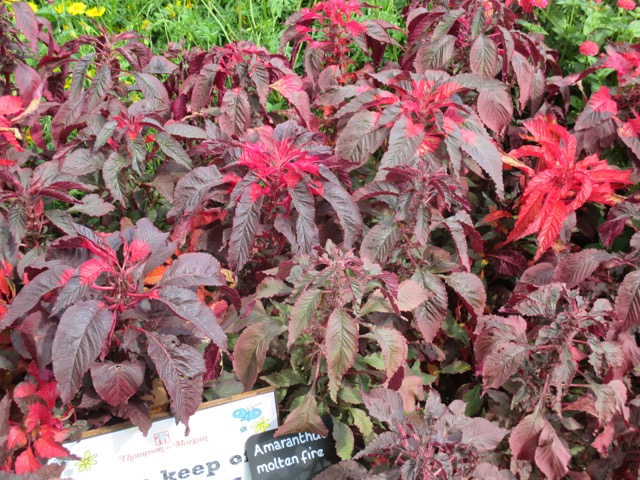 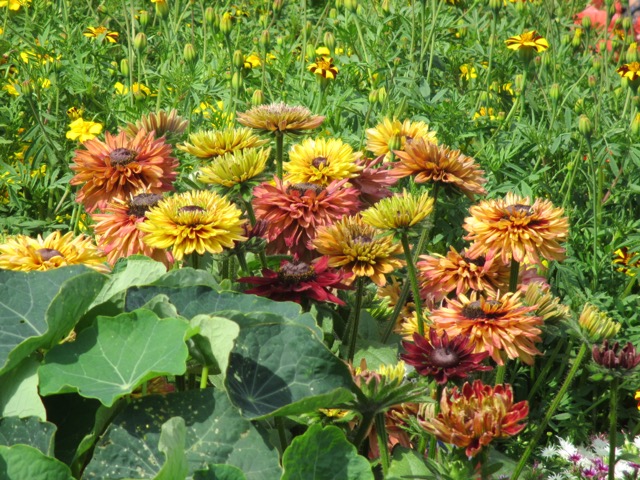 Another of my favourites was a Rudbeckia mix called 'Caramel', which contains the lovely 'Cherry Brandy' amongst others. The mix has been developed to flower from early July, which is much earlier than most Rudbeckia. The colour mix is a very subtle one, with soft yellows, russet tones and dark reds. Although I haven't personally had much luck at germinating Rudbeckia so far, I will be trying this one next year. 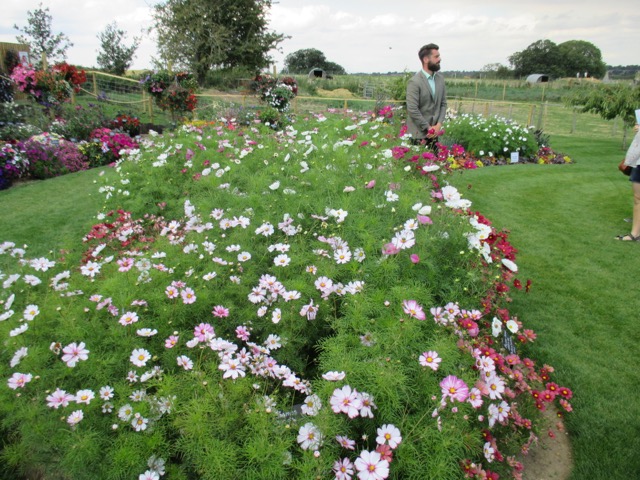 What's not to love about Cosmos? Elegant foliage, prolific flowers until the first frosts, a good cut flower ... The T & M Trial garden showcased several different varieties to demonstrate the versatility of Cosmos, for both size and colour. There was an interesting variety called 'Cupcake' which has frilled, more robust looking petals, and this is apparently very suitable for growing in tubs. One more to add to my list. We were also shown the first yellow Cosmos 'Xanthos', an attractive pale lemon, with darker centre. 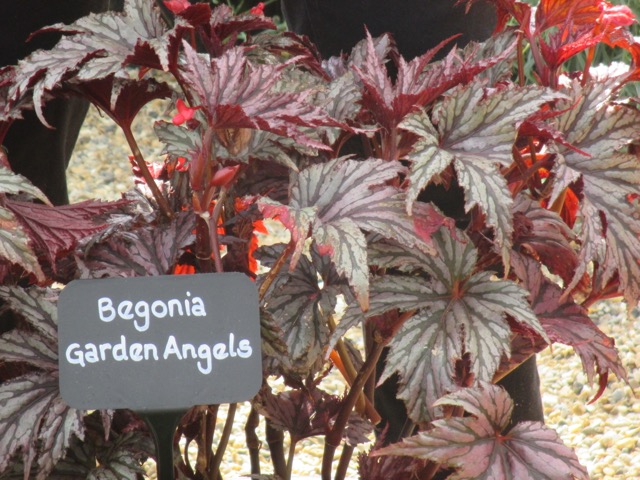 One for the sub tropical garden is Begonia 'Garden Angel', which resembles one of its parents, the tender 'Begonia Rex'. However, this new cross is hardy down to minus ten degrees, we were told. It could be a fantastic addition to the sub tropical border.

All these gorgeous plants and glorious sunshine all afternoon too!  Many thanks to Michael, Kris, Terri and everyone else who made it so enjoyable.