And August slouches in ... 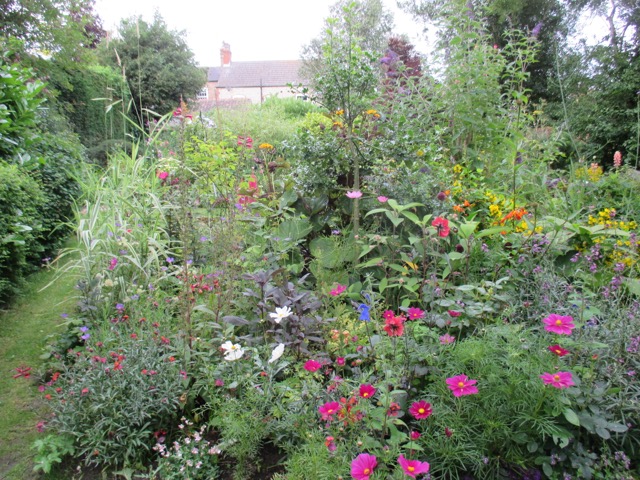 I want to shout "Sit up straight everyone" and "Just keep your legs to yourselves" to my garden plants at this time of year, as they are sprawling like drunks at a party. They want to lounge over every available surface including the lawn, gravel and other plants. For many of them, canes and twine are the only way to stop them slipping down into the horizontal. Geraniums and Alchemilla Mollis are launching take over bids for all the paths, and every time I walk down the garden there is less path visible and more sprawl. I am itching to get my shears out, but am making myself wait until most of their flowers are finished.

Not everything is so badly behaved though, the bedding is just really getting to its best and filling the containers, and, with constant dead-heading, is providing little explosions of pure colour. 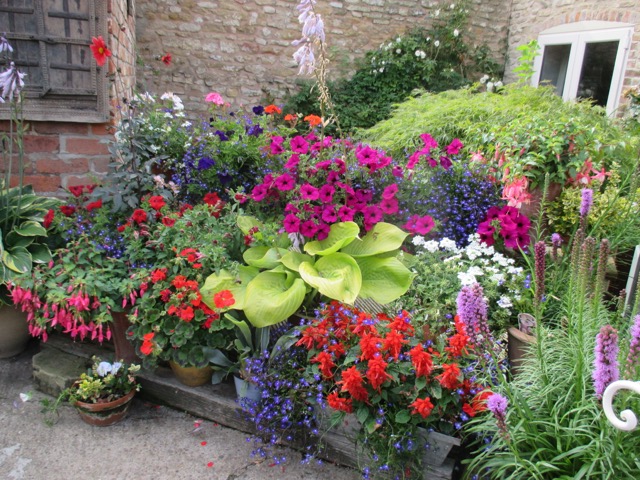 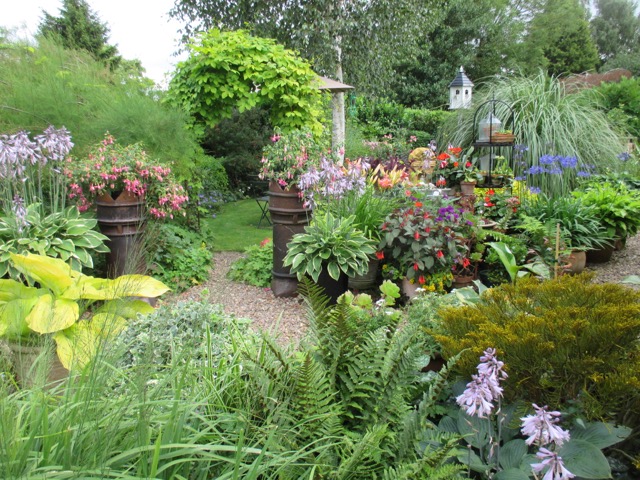 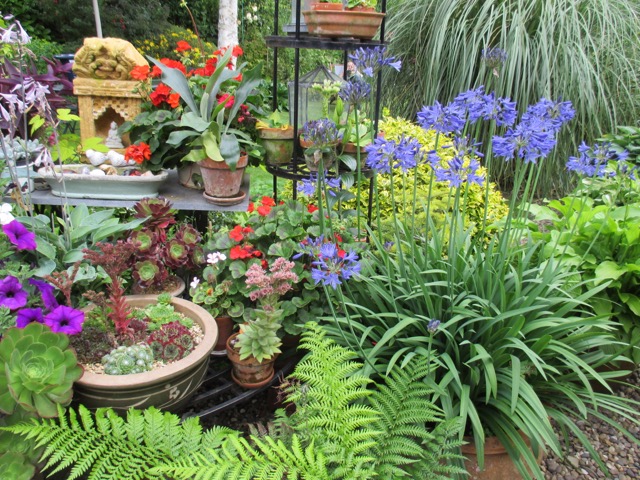 The jury is out on the flower meadow, however, but I think the black cap may be donned. This is the third or fourth year we have grown them, and I think we have only had one really successful season. The seed is quite costly to buy and the soil needs quite a bit of preparation before sowing, such as weeding and hoeing. If the results were fantastic, then I could justify all the above, but every year it just gets flattened so early in the season, and never recovers. A spell of heavy rain is enough to beat it down, and it seems unable to recover. This year we have chosen to grow short varieties rather than tall, in the hope of overcoming this problem, but to be honest, it hasn't really worked. 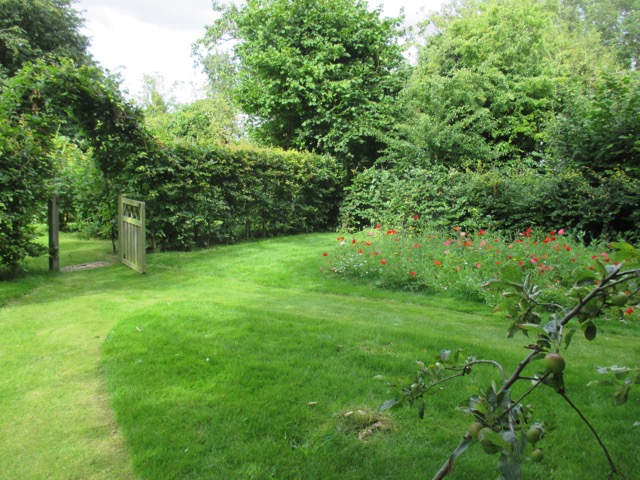 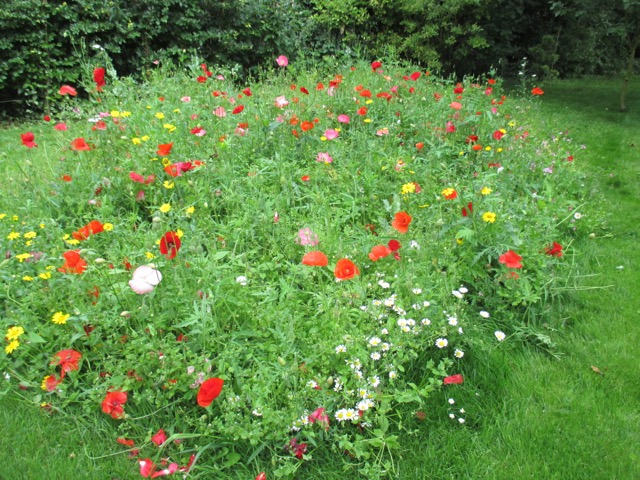 En masse, and from a distance it looks ok, but on closer inspection there are areas of little colour where weeds have taken over, and areas which have been badly flattened. Weeding is really difficult as to reach the middle section, you have to step onto the meadow ... and flatten it some more ! 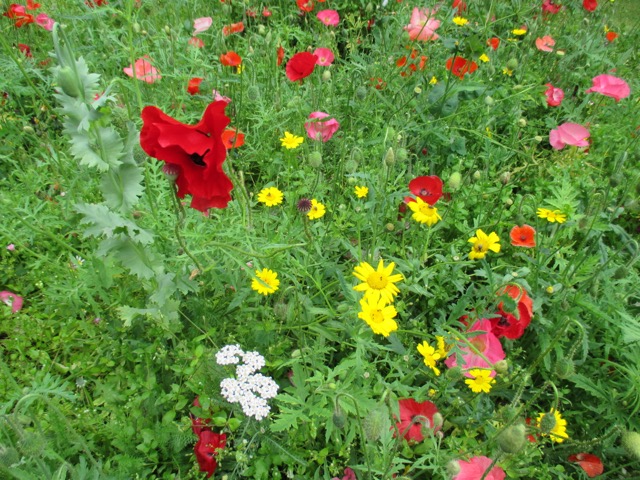 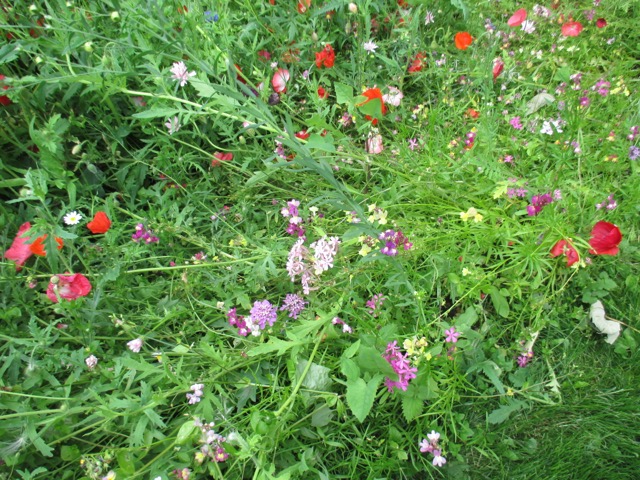 The black cap is donned, executioner booked and log store waiting for this poor thing! It is a twenty year old Weeping Birch which looked fabulous until last season, when there weren't many leaves in evidence. This season was the same again, new leaves unfurled but there weren't as many as usual. Then, at the beginning of June all the leaves suddenly turned brown, so I think we can safely say the poor thing has died, after a long time malingering. It has to go . I can see no evidence of any disease, pests, fungus etc, so its premature demise is unexplained. 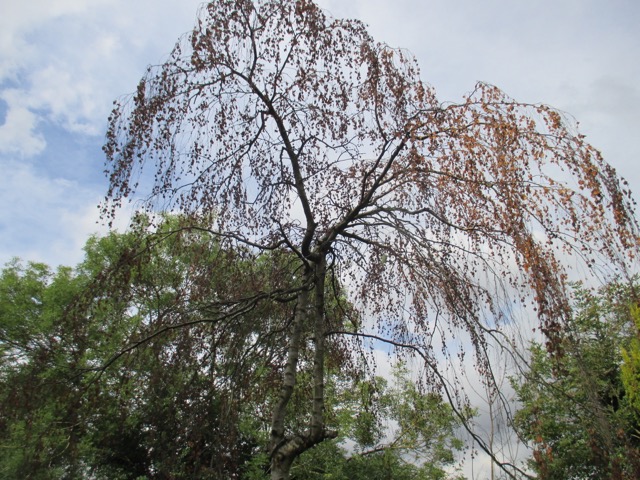 On a happier note the sub tropical garden is just flexing its muscles . It is late to get going, but once it is up and running, it has colour, form and texture right up to the first frosts. Colour comes principally from Cosmos, Crocosmia 'Lucifer' plus orange varieties; various dahlias, Tithonia and Ligularia. 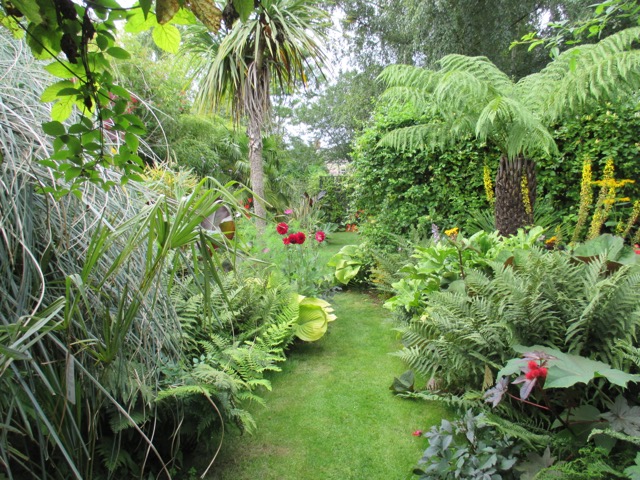 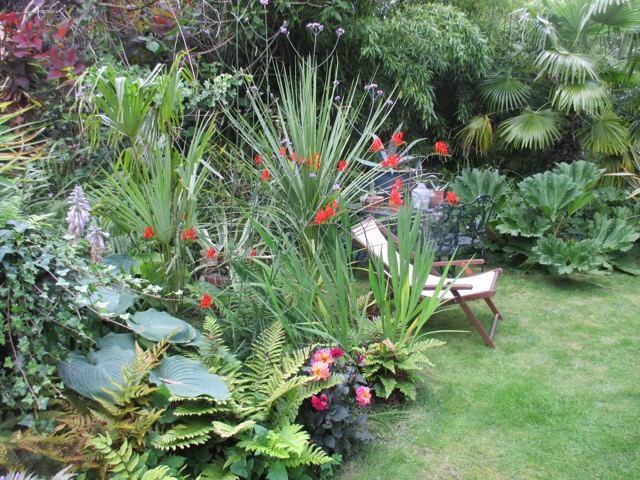 One of our worries this year was a poor little Tetrapanax which barely struggled through the winter. We both expected it to die, but it suddenly rallied and is now just loving the present warmth and the wet  and has developed massive leaves, as you can see in the photo below. 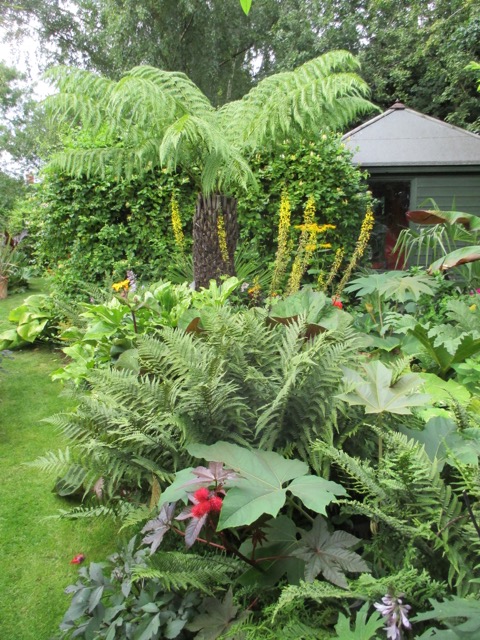 The red spheres in this photo are the seeds of Ricinus Communis, which are very poisonous. I am leaving them on the plant, not only because they are highly ornamental, but because I will harvest them  when they are ripe, to sow next year. Ricinus seeds are very expensive and this year I only achieved about 30% germination rate from commercially bought seed.

Some other high achievers in the garden this month are in the photos below.

This is a canna which we overwintered, and it was still flowering when the really cold weather came. It has grown so strongly this year and has made a handsome plant, on which the first flowers are just about to appear. 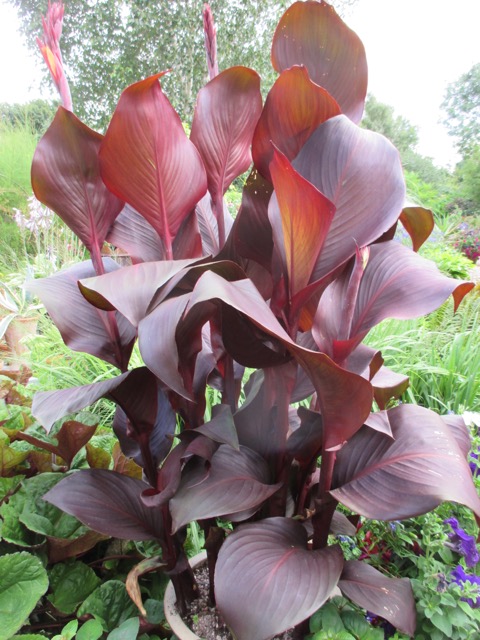 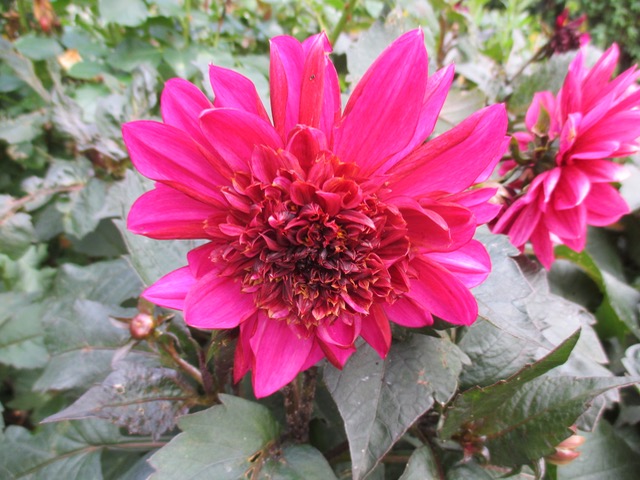 This dahlia, (unknown variety) is never dug up in the autumn, and stays out, unprotected, all year. It is about eight years old and is now massive and covered with large gorgeous flowers. The foliage is very dark, and a lovely foil for the pink of the blooms. 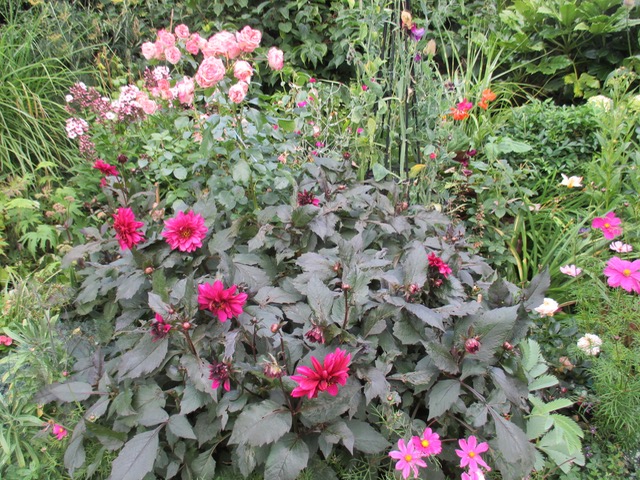 Below is a newcomer to our garden, but I think it will become a regular visitor. It is Fuchsia 'Millennium', which has many very large flowers, which are a strong, dark purple, coupled with a rich deep purple. 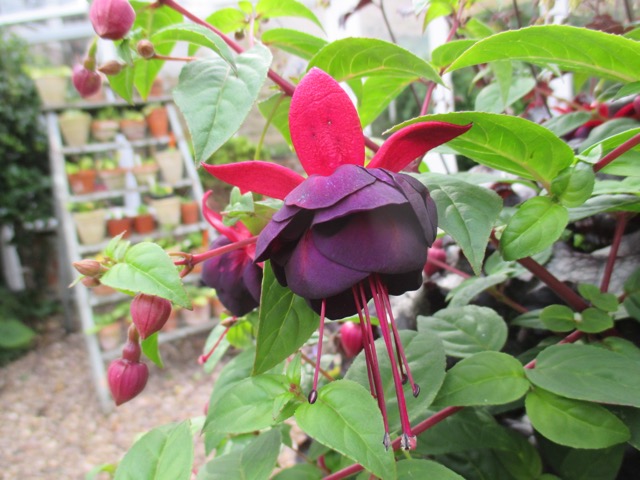 Sadly, my mind is already turning to next year, and the changes I will make, and the plants I will grow. I don't know why this happens around this time every year, as the season is still in full swing. I know I should just relax now, lie in the hammock, and deadhead from time to time, but I am  already fantasising about taking a spade to the bits which haven't worked out the way I planned.

Thanks to Helen, for hosting this monthly meme at

It is a great opportunity to reflect on the progress in our gardens from month to month as well as swap ideas and learn !