Off with their heads ! 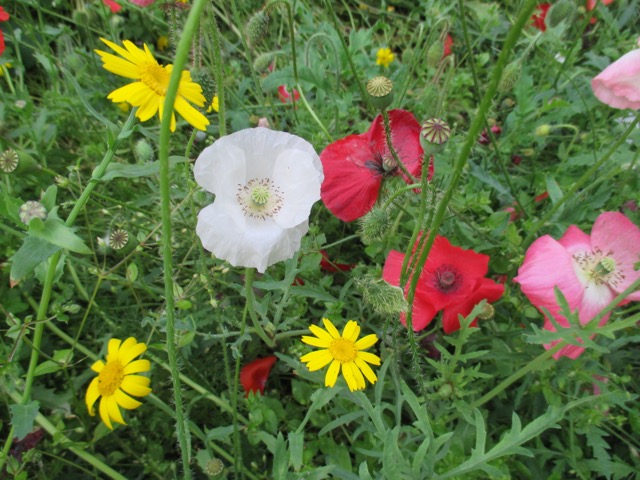 There has been much discussion in our household over the last four years, about the relative merits of the so called 'Pictorial meadow'. Discussion has always been amicable, and our views are not polarised, but we have found it very difficult to make a decision as to whether it is worth all the effort it entails. 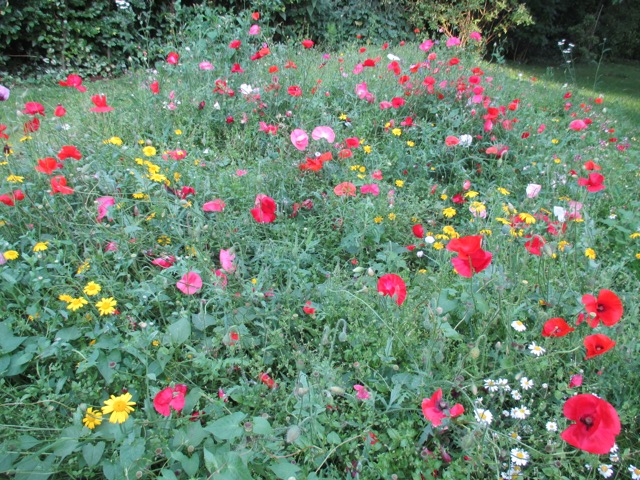 When our little patch of meadow looks good, we agree that, actually, it earns its place in the garden, and it can stay. 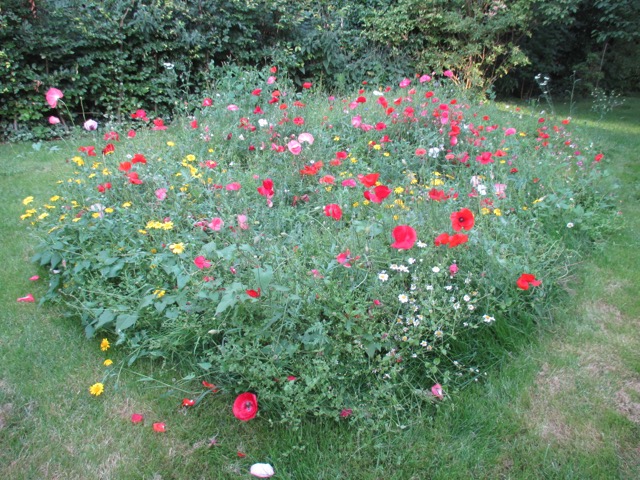 Days, nay, hours later, this verdict can be reversed as a wind gusts through the flower patch, laying it flat on the ground. It doesn't have to be wind which damages the flowers irreversibly, it can be an errant dog, a pheasant, a humanoid, a grandchild's misthrown ball ... 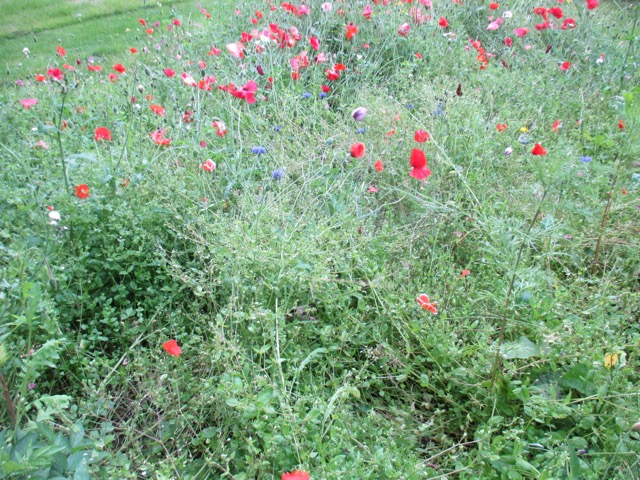 And once those flowers lie down they refuse to get up, but choose to languish horizontally until the end of the season.

It usually starts in a promising way with lots and lots of densely packed seedlings, which seem to take forever to grow. When they finally begin to flower they look truly fantastic ... but only for a nano second. Even if there are no unauthorised forays into the patch, it quickly begins to flatten and sprawl. 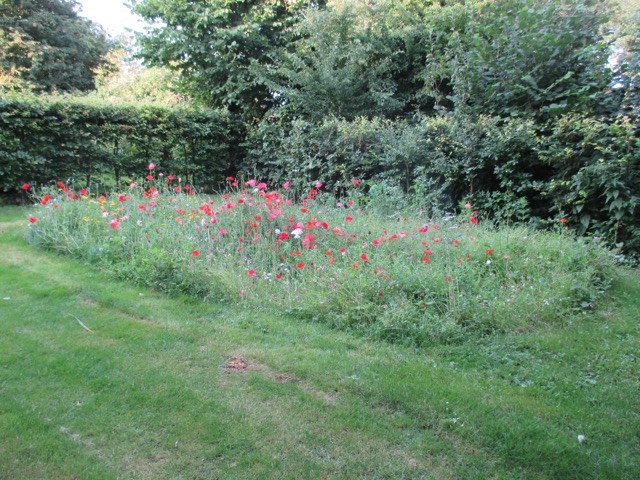 For the first two years we grew a taller mix, which was even more prone to collapse than the 'short' mix we grew this year. We really thought we had found the solution with this shorter mix, but it is going the way of its taller cousins.

The mix itself is fantastic, and the individual flowers are beautiful and well chosen. Although people tend to refer to it as a 'wild flower meadow' this is a misnomer, as it is a collection of annuals, some indigenous, which provide colour over a long period. The most prominent in our mix are cornflowers, poppies, Ladies Bedstraw and cosmos. The individual blooms are gorgeous, and I love the silky , dark red poppies. 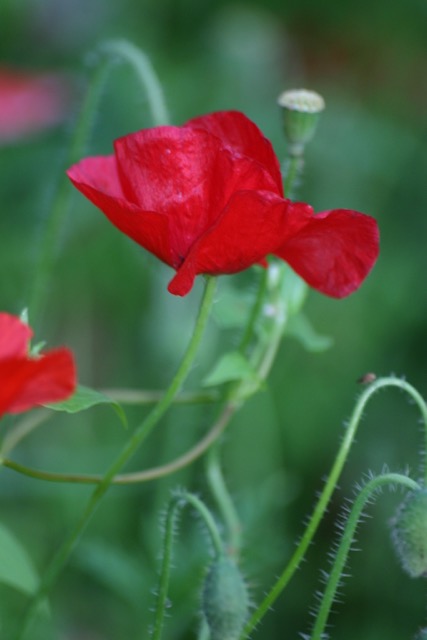 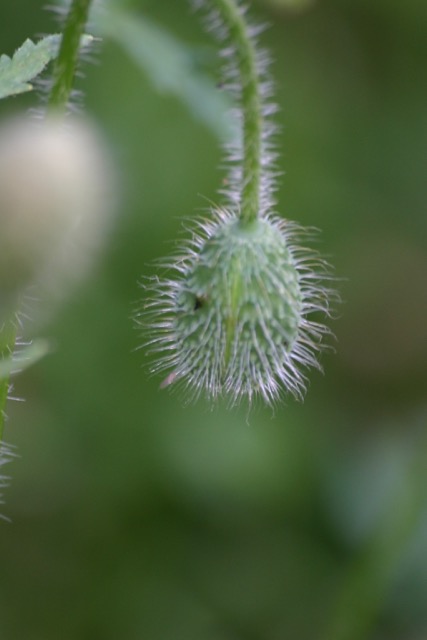 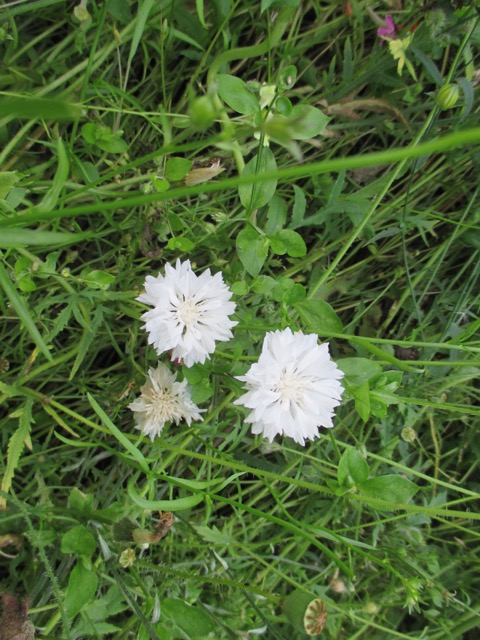 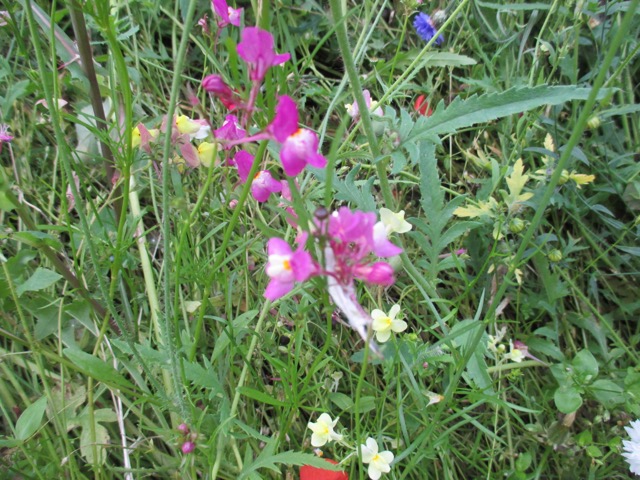 Apart from the droop and sprawl, which seems to be an annual occurrence, we have real problems weeding the patch, and so find that certain weeds take over, and then smother the flowers. Because the flowers are sown in a dense area to give maximum impact, it is impossible to get access to weed the centre. Also, it is hard to identify the weed seedlings from the flowers, so mistakes would be made when the plants are small. Once the weeds have grown large enough to be identified, pulling them out would disturb the smaller plants growing around the weed. 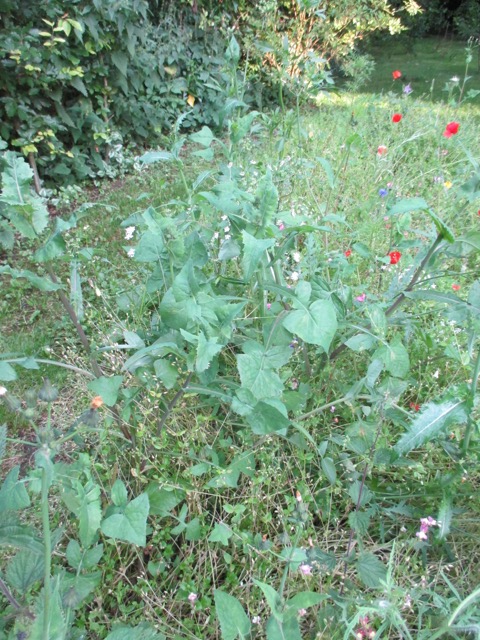 To sow even a little patch like ours is relatively expensive, and it is an ongoing annual expense. Yes, there are  perennial mixes, but our site is used for bonfires during the rest of the year, so we need it to be totally free of plants then.

There is quite a lot of preparation needed before the flower seeds can be sown every year, the site needs to be well weeded and perennial weeds dug out. It then needs hoeing,  and fine raking before the seeds can be sown. The seed is expensive, and sown quite densely, so the area needs to be marked out into metre squares, and the seed weighing out before it is scattered, so that germination is even. This would all be worth it if we got months of pleasure from the finished result, but we have been disappointed every year, sooner or later. 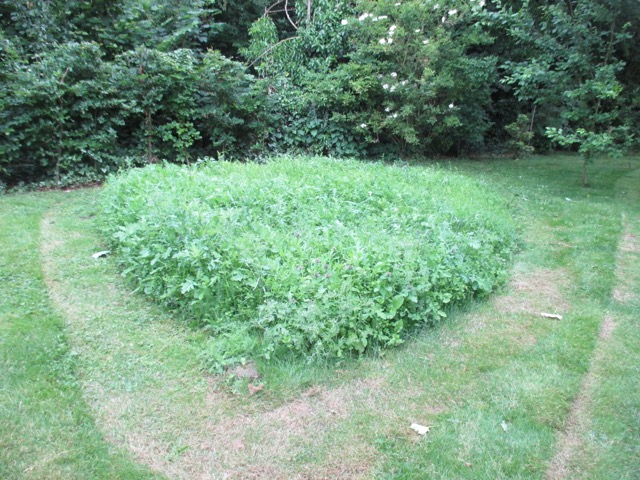 So , the most indecisive gardeners in the world have finally made a decision to call time on the flower patch, and use the area for something else. We are contemplating building a permanent fire pit with benches, as we do love our bonfires. 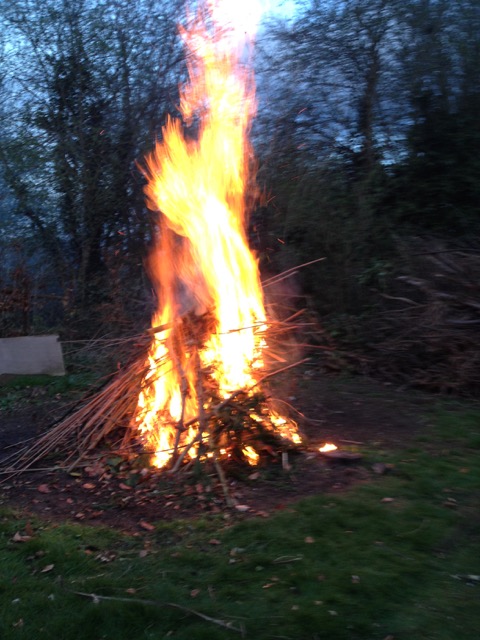 I have seen lots of examples of fantastic wild flower/ annual  meadows, and when they are good they are absolutely spectacular. For some reason, it is just not working for us, and we feel we have given it enough chances. Maybe our site is a little too shady, maybe we have too many pheasants with big feet ... who knows. I shall just enjoy the efforts of others from now on ...