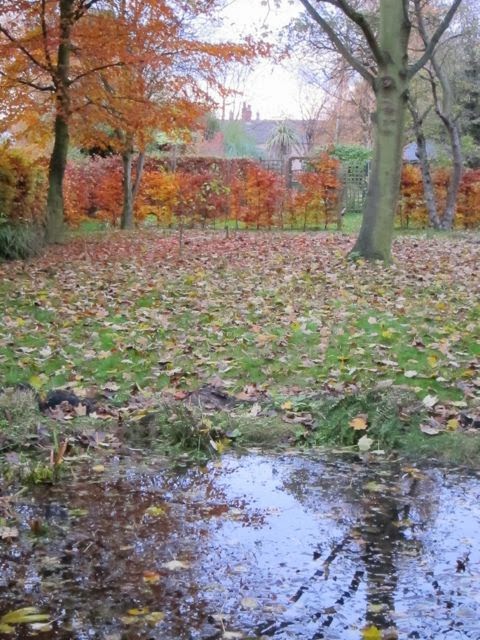 Autumn is very definitely upon us and it leaves me with lots of tough decisions to make. When does that architectural seed head I have been enjoying, get the chop and join the rest of the season's growth on the compost heap ? What is the tipping point from lush to mush, keep to heap, ornamental to detrimental ? Sometimes I just don't know.

In some cases the tipping point is clear to see, usually after the first frost has taken its toll, and the  poor old plant has turned into a slimy mess overnight. It's a no-brainer and my secateurs are whipped out without a second thought. In other cases it is obvious that the plant still has lots to give before its last ride in the wheelbarrow. 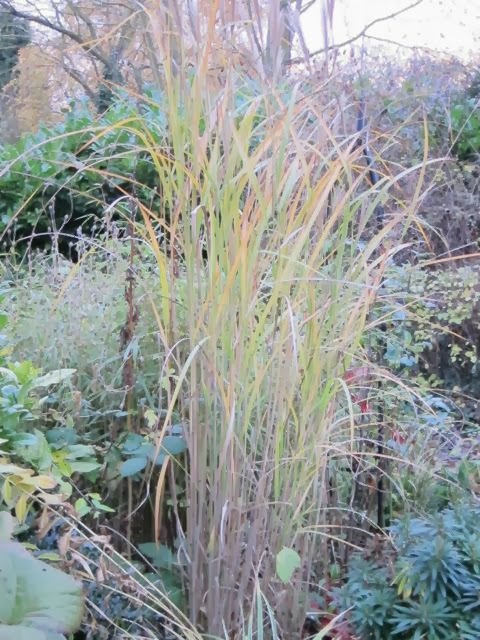 I think most would agree that this Miscanthus is still giving pleasure. It is still upright and has strong colour and form, only enhanced by autumnal tinges of colour. 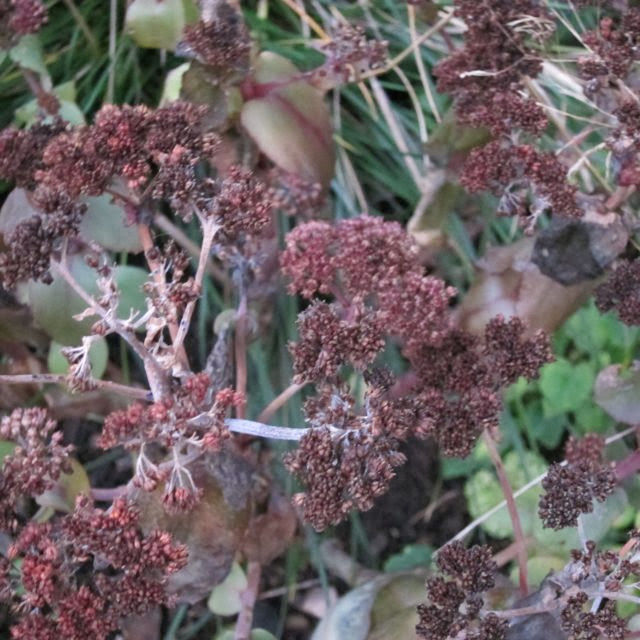 But what abut this Sedum ? Interesting textural statement or just a dead plant in need of a haircut? I sometimes think, when I read articles about the attractions of the Autumn garden in Garden magazines, that it is a case of the 'Emporer's new clothes' and that we are kidding ourselves that there is beauty in the skeletal remains of some plants. Are those people who haven't read the articles, peeping over my garden wall and sniggering at my untouched Echinops ? Or worse, do they think that I'm just a lazy gardener who can't be bothered to cut back ? The traditional gardener would have razed the lot to the ground, back in the 1970's, without a second thought. 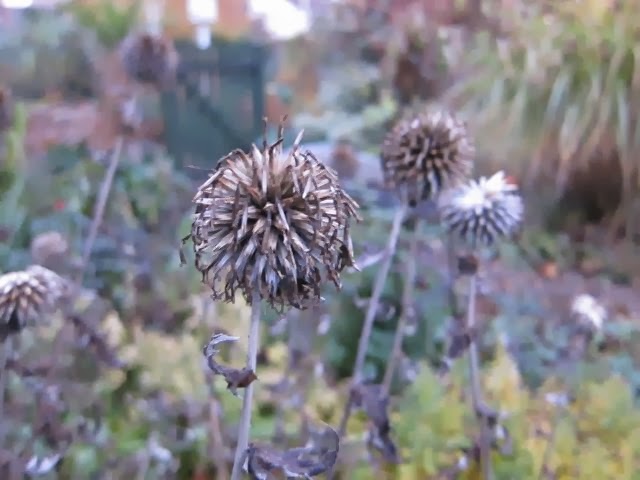 Personally, for the record, I do think that my Echinops still have something to contribute to the garden, but their card is marked ... the wheelbarrow is waiting ! 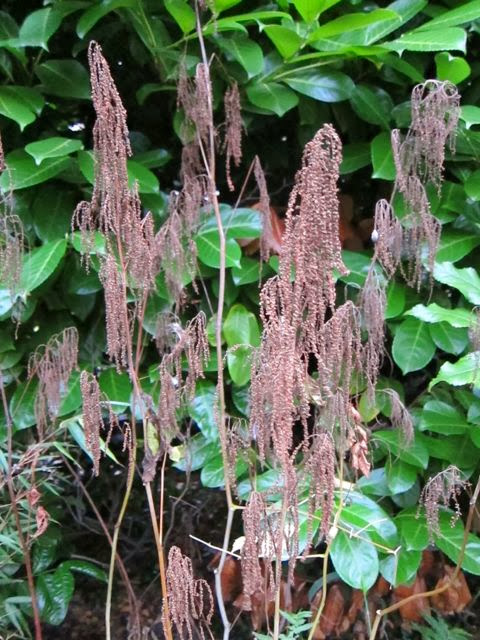 So what about this Aruncus Dioicus ? Keep or cut ? I can't decide ? 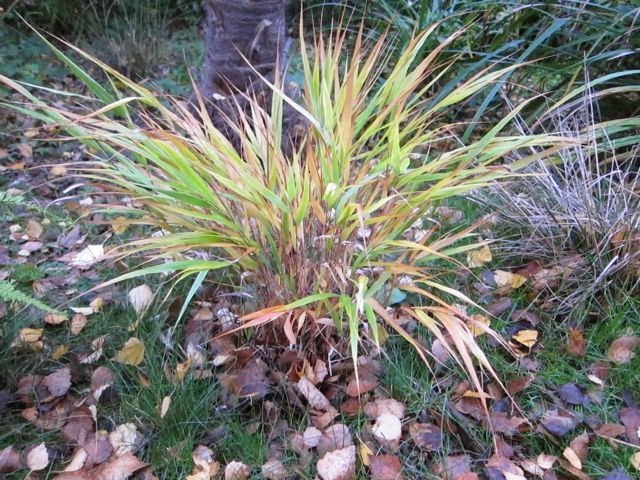 This one is easy, and in my opinion, it's a keeper. One of my favourite grasses, Hakonechloa Macra, is still looking lovely, as it gradually turns colour. 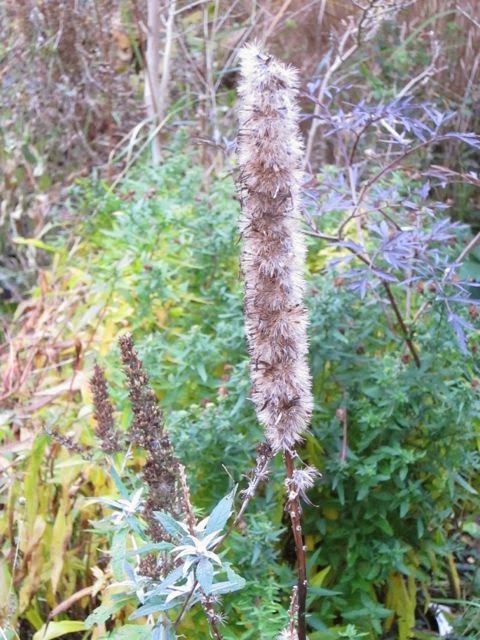 This Liatris is also still looking good, for the time being and still deserves its place in the border.

Beauty, as they say, is in the eye of the beholder, and so I suppose it is all down to personal choice as to whether there is still beauty in these dying plants.

Trouble is, with some of them, I just can't make up my mind!