Start at the very beginning ... 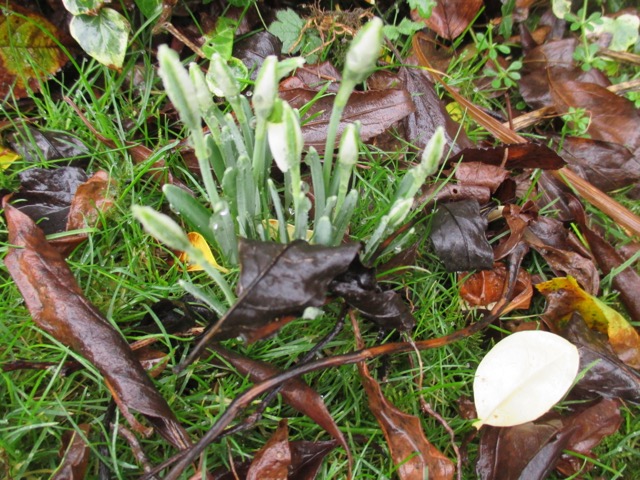 In the words of Julie Andrews, 'Let's start at the very beginning, it's a very good place to start', and although poets may have said the same thing more eloquently, I like the sentiments of 'The Sound of music', in this case, and this case only! 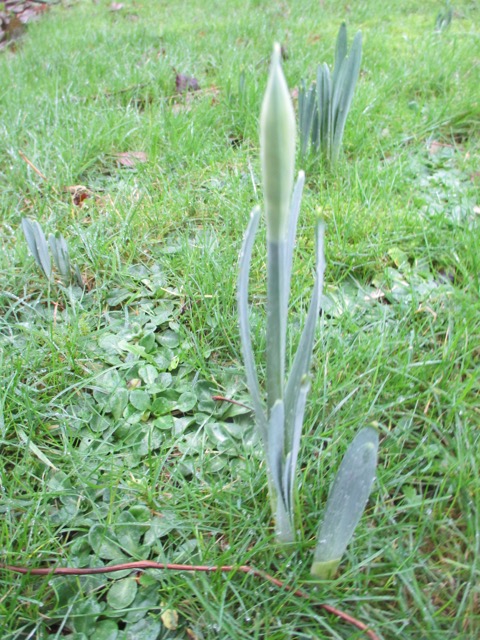 Because we are at the start again, and it is a very good place to be. The whole of the gardening year is laid out in front of us now, fresh and untouched. The seeds are chosen but not yet sown, the first snowdrops are in bud here, but not yet out. The daffodil buds are fattening and stems are lengthening. Everything should be waiting to flower in its usual time.

Except that, this year, there are plants revolting against the old regime ...

There are some mavericks around, some rebel plants who have not read the rule book, and do not know that they must only flower in March or May, and so are blooming now, out of synch with the patterns of the seasons.

Ceanothus ! Only a few blooms, I admit, but usually never seen in January.


Sweet rocket ! Still hanging on in there from last spring. 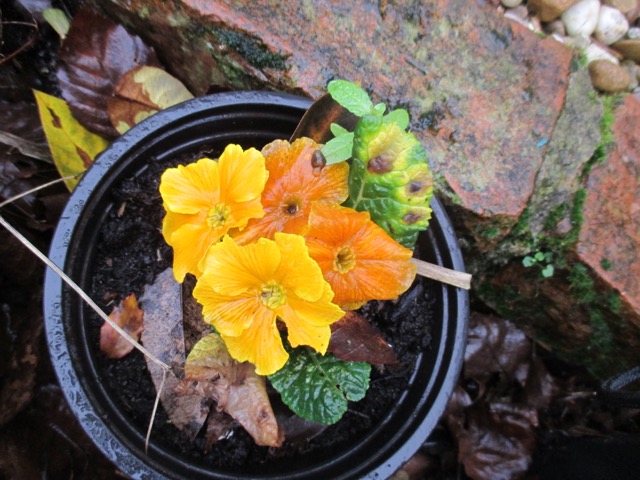 The old sticklers for traditional are still blooming in the garden too, thank goodness. The primroses are starting to come out, but there has been so much rain that their petals are sodden, and not lasting anything like as long as usual. 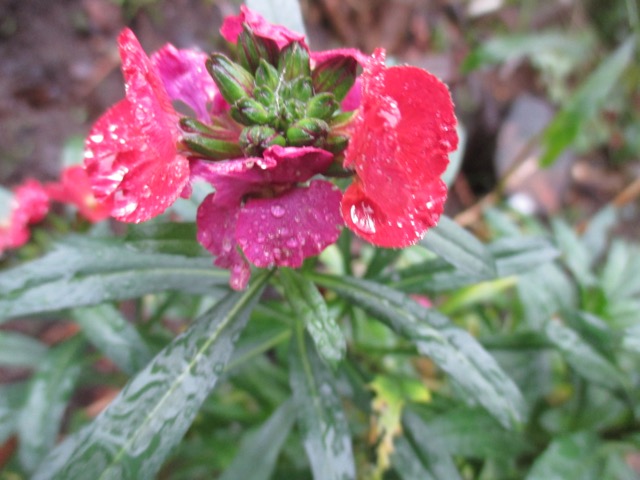 I would have said that these Erysimums were out early, but as every single one of them is in full bloom at the moment, maybe they do start flowering this early. 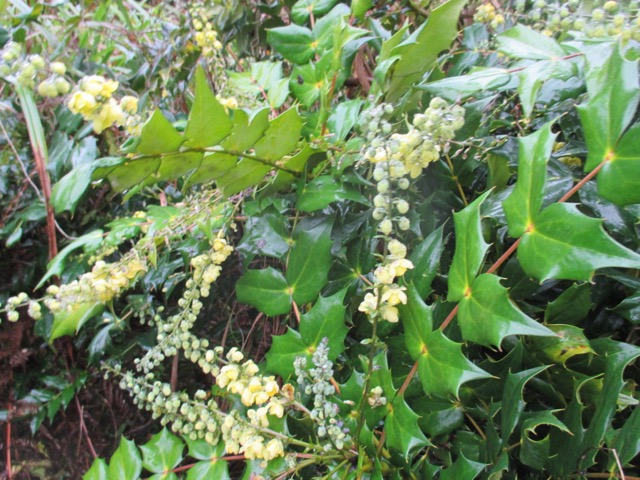 Mahonia 'Charity' is covered in beautiful pale yellow flowers and the perfume is intoxicating, and fills the air. The weather is still so ridiculously mild that there are still occasional bees on it. 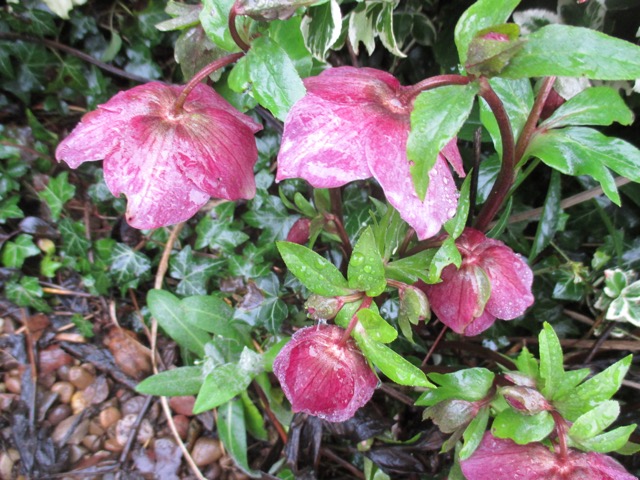 Lots of hellebores are now in full flow - all unamed varieties, which have self seeded over the years. Most are washed out pinks and mauves but this one is a good strong dark pink. 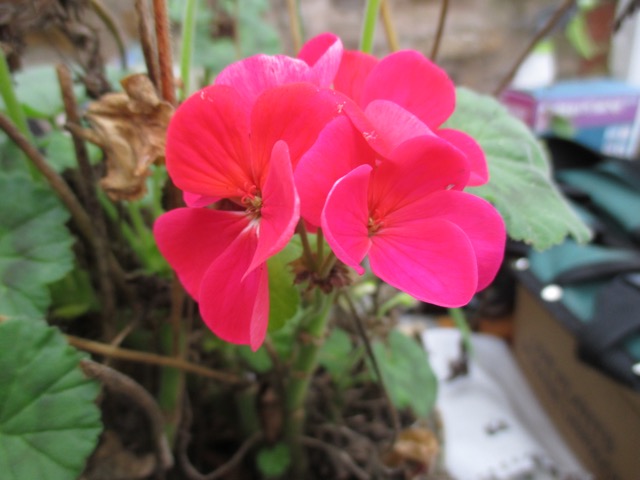 The greenhouse is doing exceptionally well due to the relatively high temperatures and these geraniums just have not stopped flowering since June. 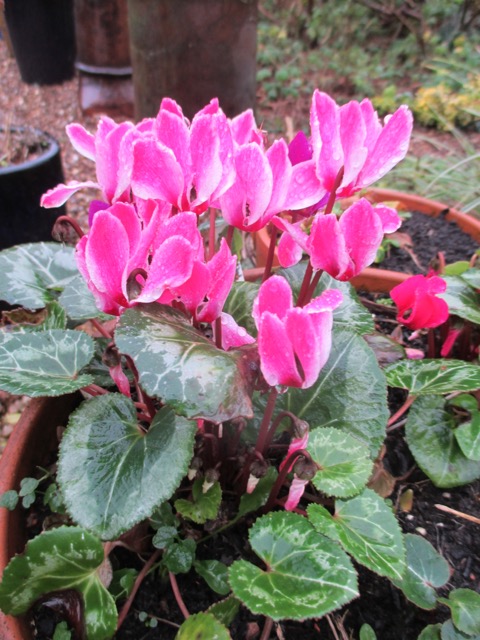 In every season there are plants which you look at and fervently wish you had grown more of. The hardy Cyclamen is a case in point, as it is a real pop of bright colour in a dismal winter garden. Both flowers and foliage are things of beauty. 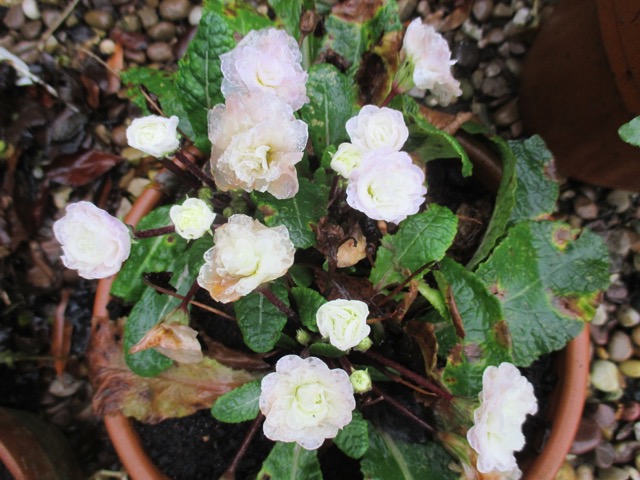 I love double primroses and this is a very delicate, subtle one , called 'Pink Ice'. It is very pale at the moment and blooms will darken as the season progresses I think. The flowers are held on dark stems which contrast so well with the pale heads. 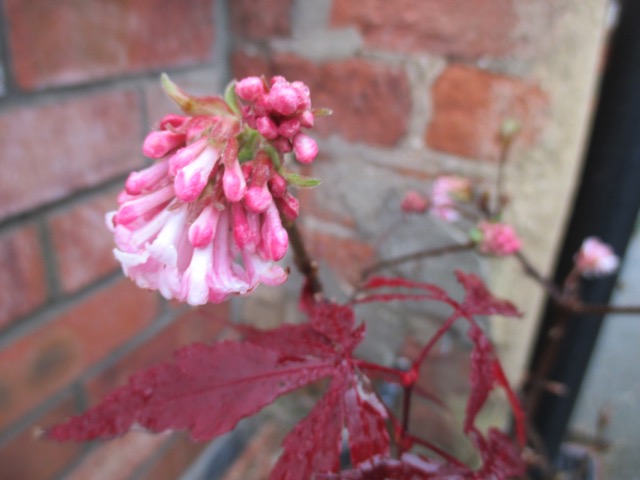 Another reliable source of winter colour is Viburnum Bodnantense 'Dawn', standing by the back door for maximum effect. It  is in a pot next to a young Acer Palmatum, which has not dropped its leaves.

Even on a rainy, dismal January day there is still some colour and interest, if you look hard enough.

And, becoming visible through the soil, are signs that the giants are beginning to wake from their slumbers...