Season of mist and mellow fruitfulness ... 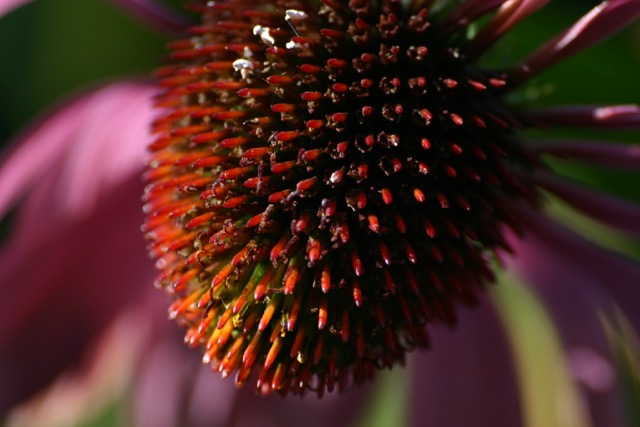 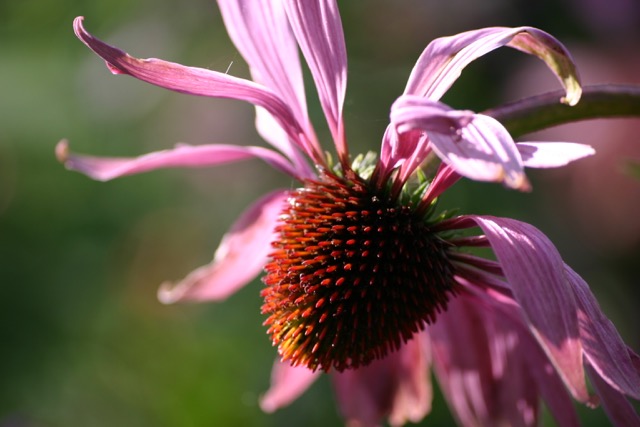 This post bathes, nay wallows, in self indulgence, so I do ask for forgiveness. I blame it all on losing my tripod camera plate, as for many months I have not been able to track it down, and so all my macro work has been hand held. Not good, as this has resulted in camera shake and poor photos. However, that is now resolved, as I have sourced a new one, and so today I was able to take advantage of the beautiful golden light on the plants, using my tripod once again. Once I started I just didn't seem to be able to stop ... 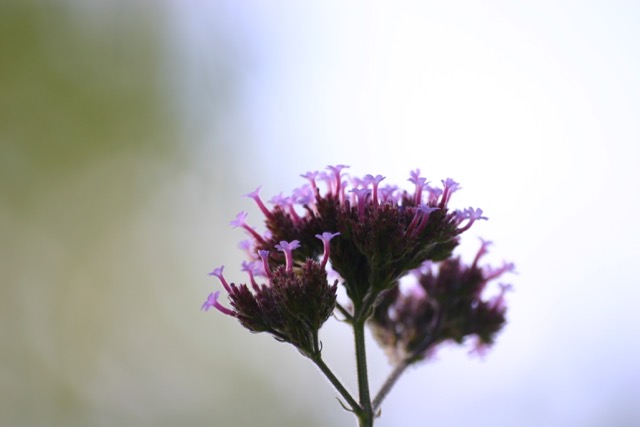 Above is Verbena Bonariensis against the light. This is the tall variety although I am also growing 'Lollipop' which is about half as tall, and a very useful plant, as it sits so well in the borders.

I have grown Eucomis Bicolour for many years and have always wondered why it is so called. The photo above answers my question, and I don't know, now, how I missed those purple tips which contrast so well with the white ! Using a Macro lens really makes you look closely, and sometimes look anew. 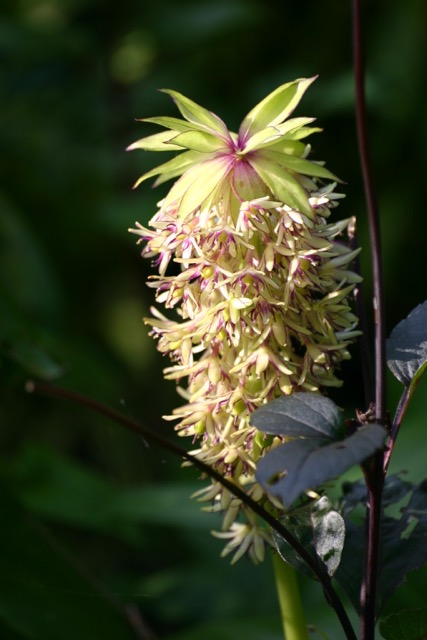 I have found Eucomis Bicolour to be extremely hardy, and it weathered the freezing cold winter of 2009/10 outside in the garden, with no protection. 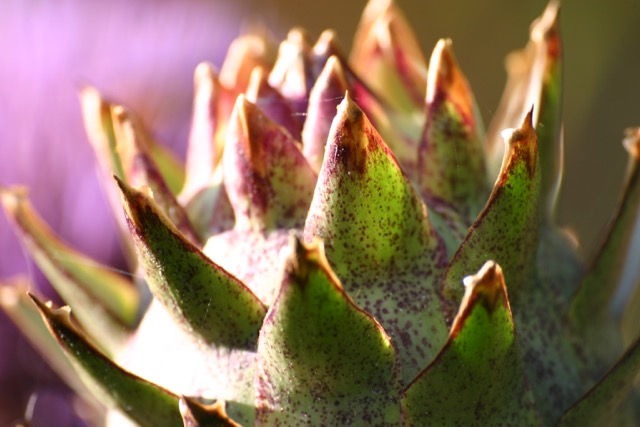 These two photos are of a Cardoon - a tall and stately bee magnet. 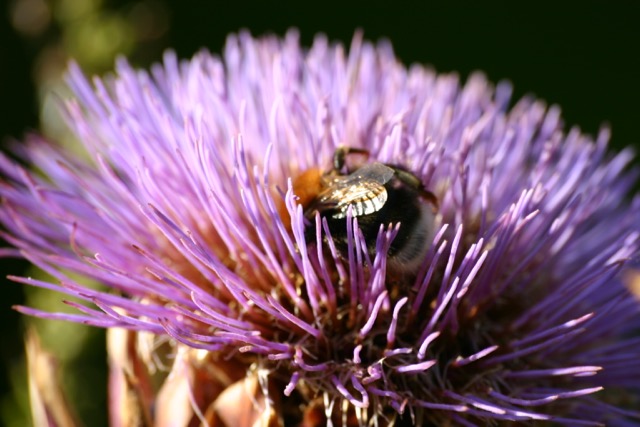 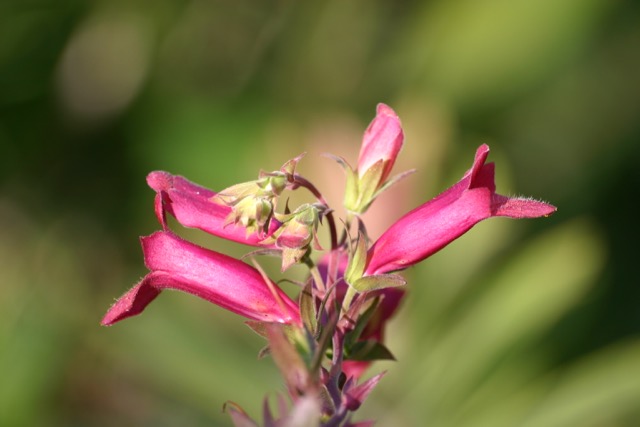 Above is Digitalis Illumination 'Raspberry', which has been blooming for months. I intend to dig it up  and overwinter it in the greenhouse, as one of its parents is the Canary island foxglove, which is tender. I left plants in the ground last winter, and, yes, of course, I lost them all ! 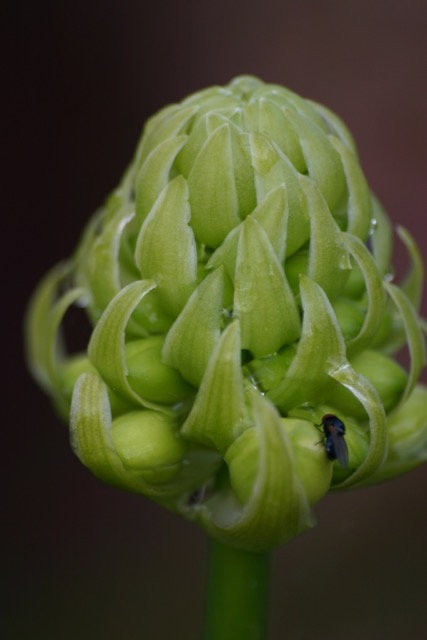 Erm, it's a bulb, it's late flowering, it might be white ... and I haven't a clue what it is! Suggestions please ? 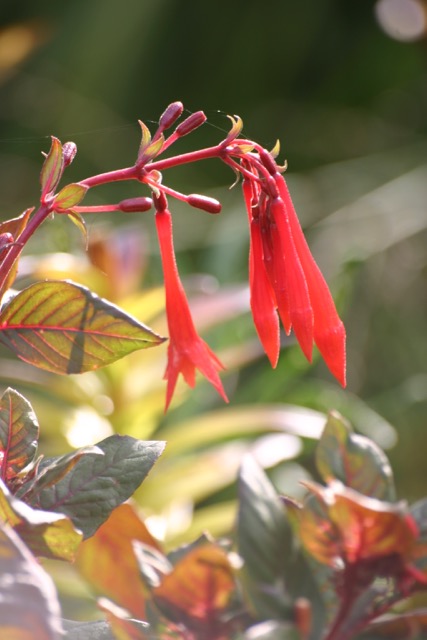 Above is a Fuchsia, overwintered in the conservatory, so, although it was late into flower, it is a large and healthy plant. 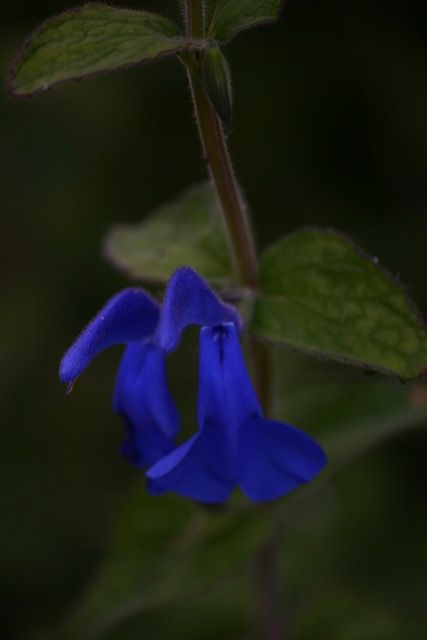 Is there a better blue anywhere ? Salvia Patens, grown from seed this year. They were easy to grow, but the germination rate was very poor at about 20%. 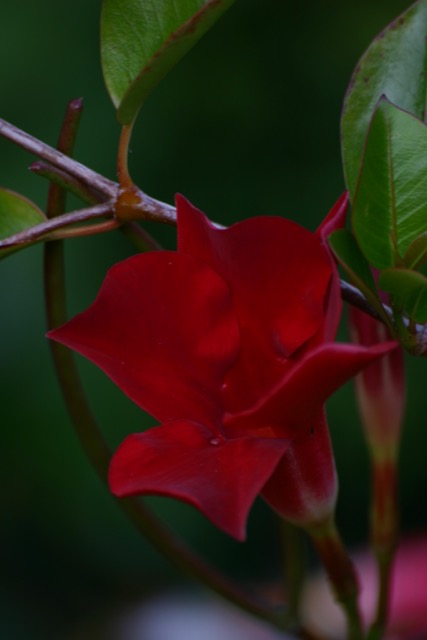 The scarlet Mandevilla, which has flowered constantly since spring, and been absolutely covered in sweet blooms. It is tender, but overwintered well in the frost-free conservatory, and still had blooms on it at Christmas. 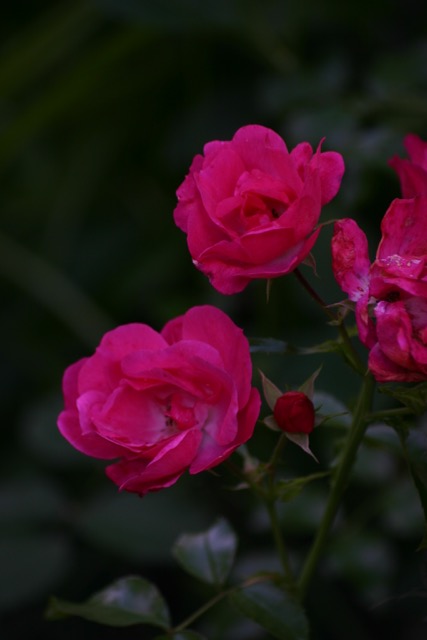 The rose-without-a-name because I lost the label ! Again, suggestions are most welcome. 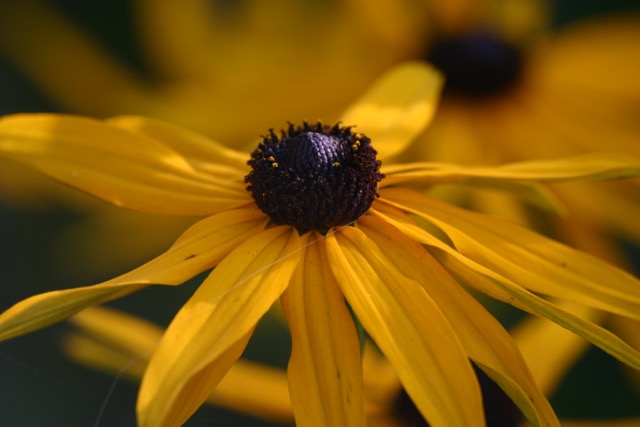 Rudbeckia, the stalwart of the season. Reliable, stands proud without the need for staking, flowers for weeks ... what's not to like ... 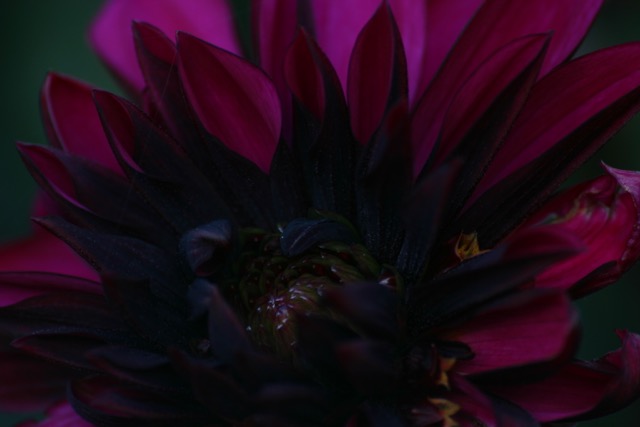 This dahlia is ancient and has never been lifted, just grown larger and larger over the years, and , ridiculously, I think it has got darker! I really can't remember those nearly black flower centres before, but they contrast very well with the purple petals. 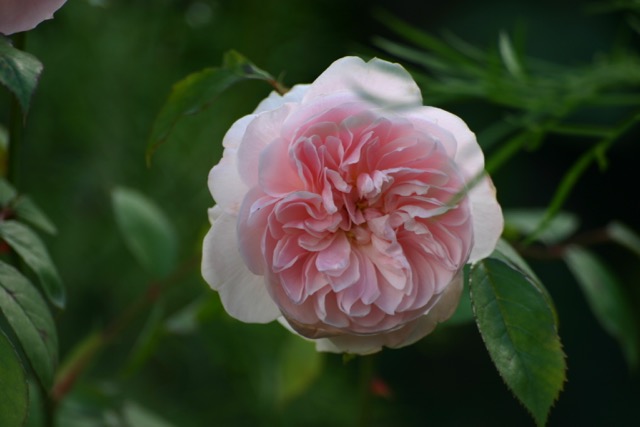 Many of the roses are blooming as strongly as they did in June, and this 'Wisley' is no exception.

Like the harbinger of doom I am, I have included this last shot, as a reminder to enjoy every minute of the remaining weeks in the garden, as pretty soon, it will all look like this ... 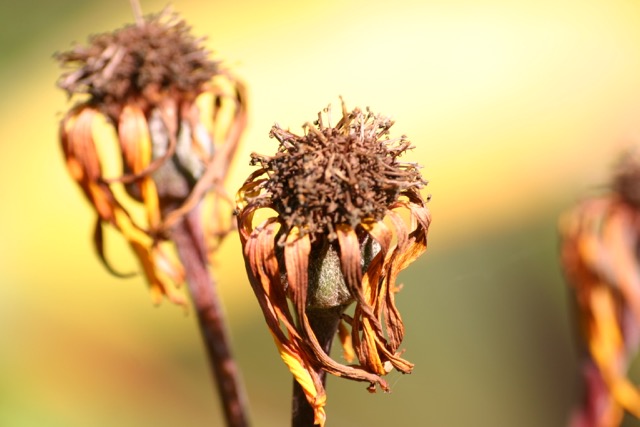