The patter of tiny ferns ... 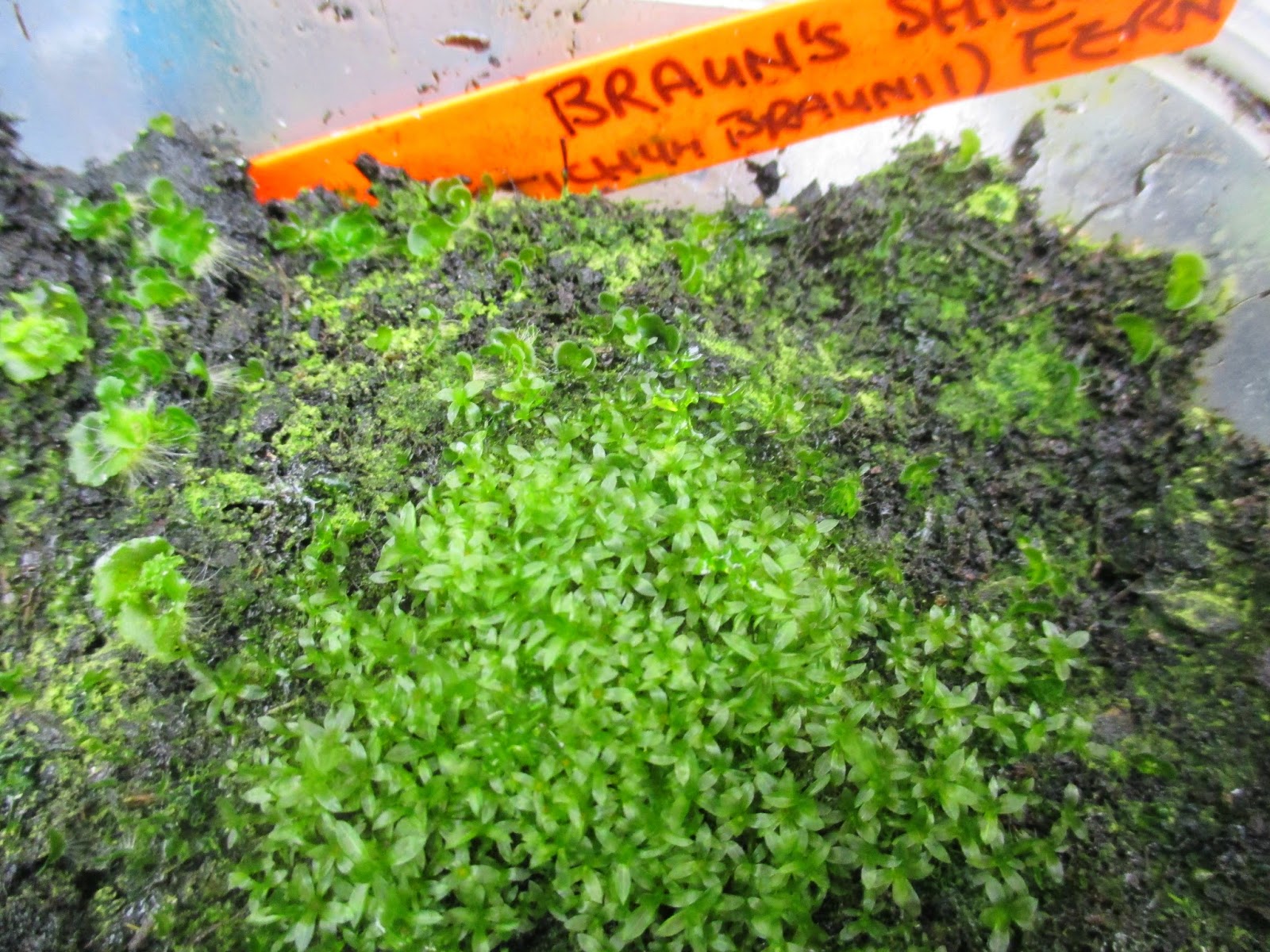 About eighteen months ago I bought an envelope of fern spores from 'The British Pteridological Society' stand, at Tatton Park RHS Show, for £1only, intending to produce squillions of luscious ferns. The enthusiasts on the stand were really helpful and full of good advice. I followed the instructions they gave me carefully (or so I thought) and sowed the spores on the surface of sterile compost, and then put the seed tray in a sealed bag. After a couple of months I checked for signs of any  progress and found the compost covered in a sort of lumpy moss, so ... I threw it out! 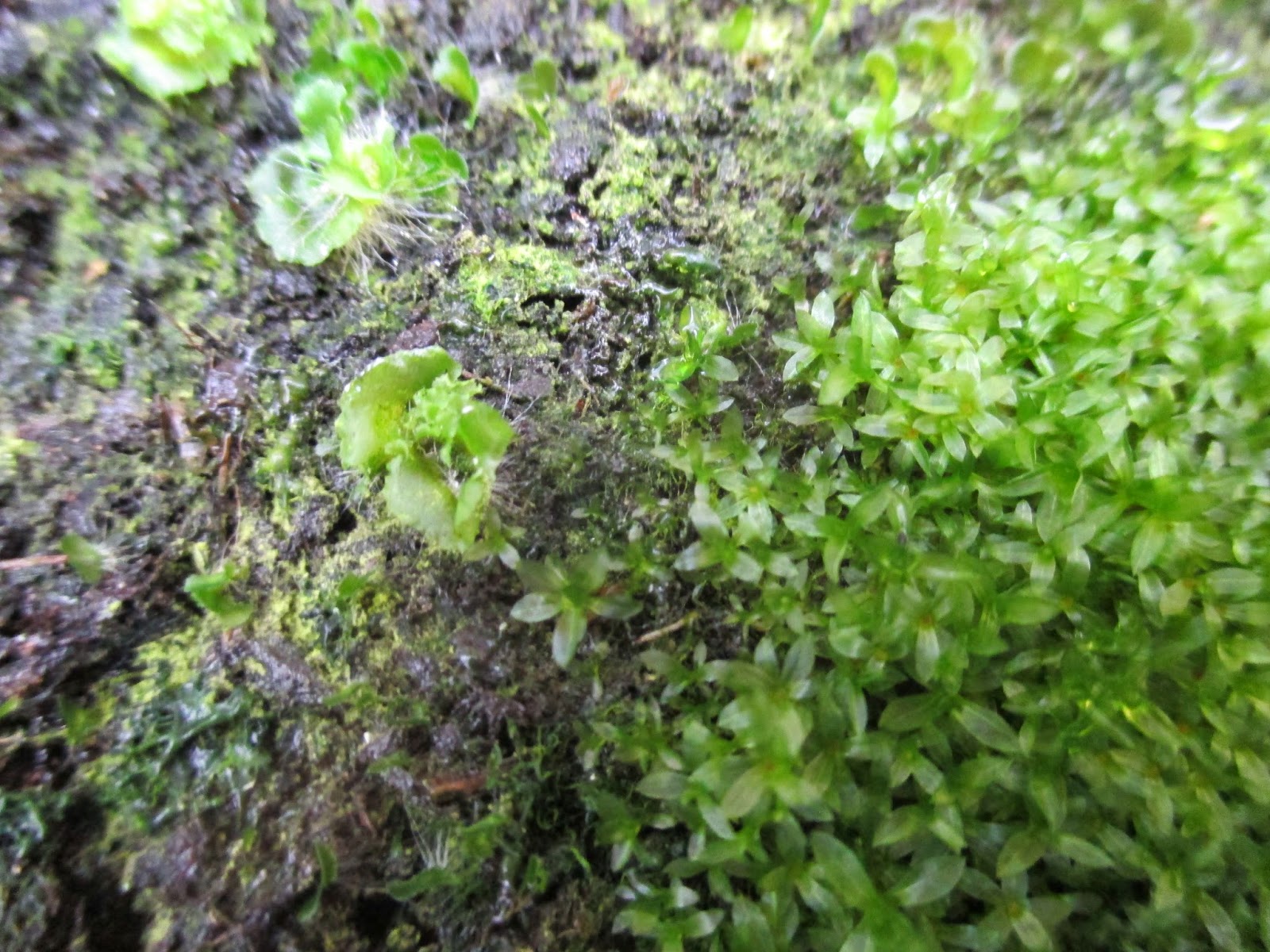 When I was at Tatton again this year, I revisited the B.P. Society stand to discuss what went wrong. Turns out, nothing went wrong, and I had thrown the baby out with the bathwater, so to speak. The lumpy moss was actually the developing ferns, at a stage of their development when they are termed Prothalli !! Who would have guessed it . 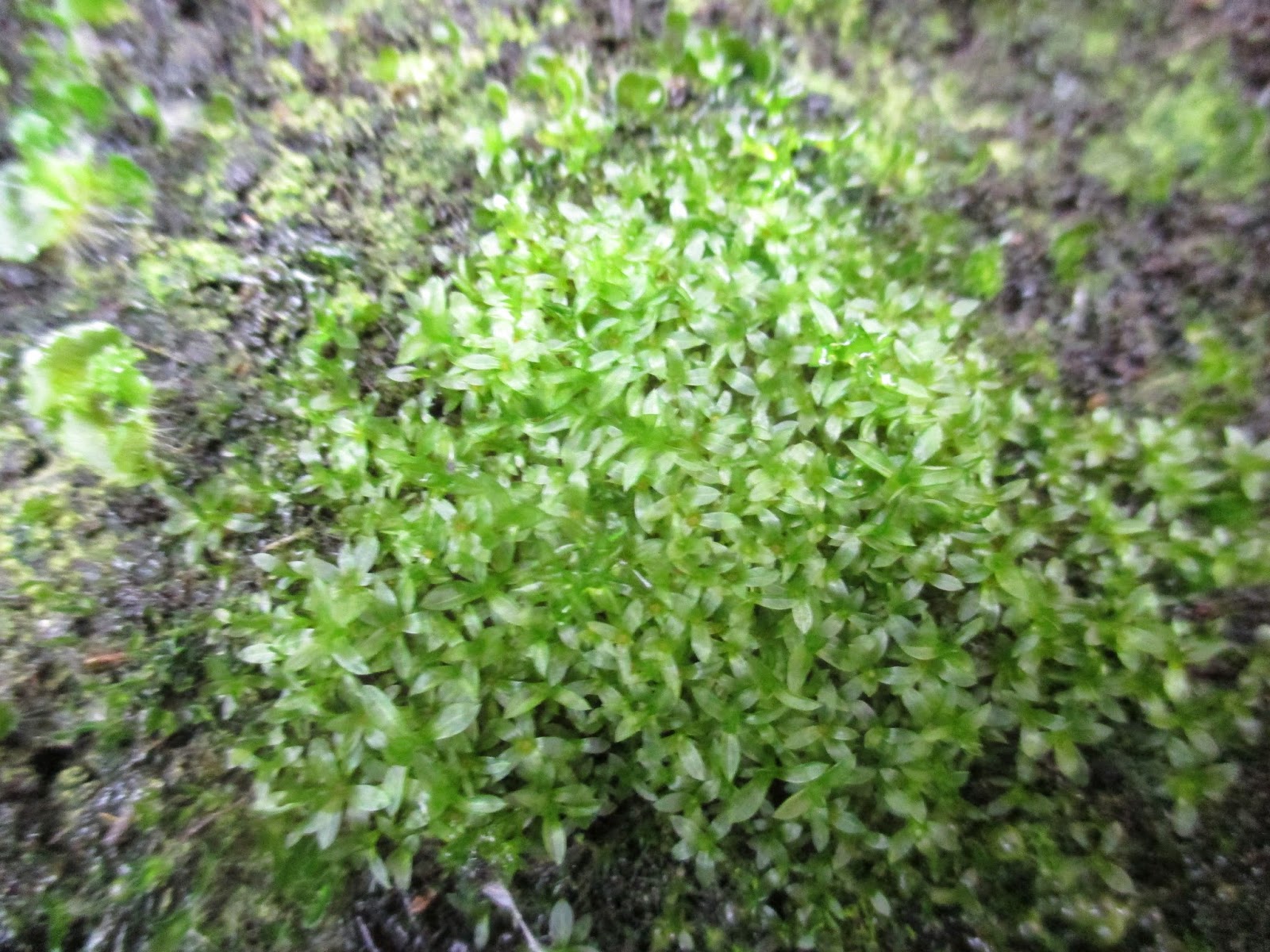 So I decided to try again and bought 2 packets of spores this time -'Braun's Shield fern' (Polystichum Braunii) and 'Dickins's Wood Fern' (Dryopteris Dickinsii). I chose these varieties as they were recommended for being comparatively easy to grow. 'The British Pteridological Society' have produced a fantastic step by step guide with photos, so I felt more confident of success this time.

I  posted in summer about the process of sowing the spores in ''A ferny thing happened ...', if you care to find out more, but the basic premise is that the spores are sown on the surface of newly sterilised compost. Once sown they are kept in a sealed bag to keep moisture in and bacteria, chance seeds etc out.

When I spoke to the very nice people on the stall they said that it could take a while for germination to occur, but that patience was the watchword, so I put my 2 seed trays in the greenhouse, and left them to get on with germination unhindered .

After a couple of months, the surface of the 'Shield Fern' compost just looked as if it was covered with a fine green film, but that began to grow into what I believe are fernlets or, more correctly, Prothalli ! Yes, we have the patter of tiny ferns ! Babies ! Only Shield Fern babies though, as the Dickins's Wood Fern compost remains a sea of brown. 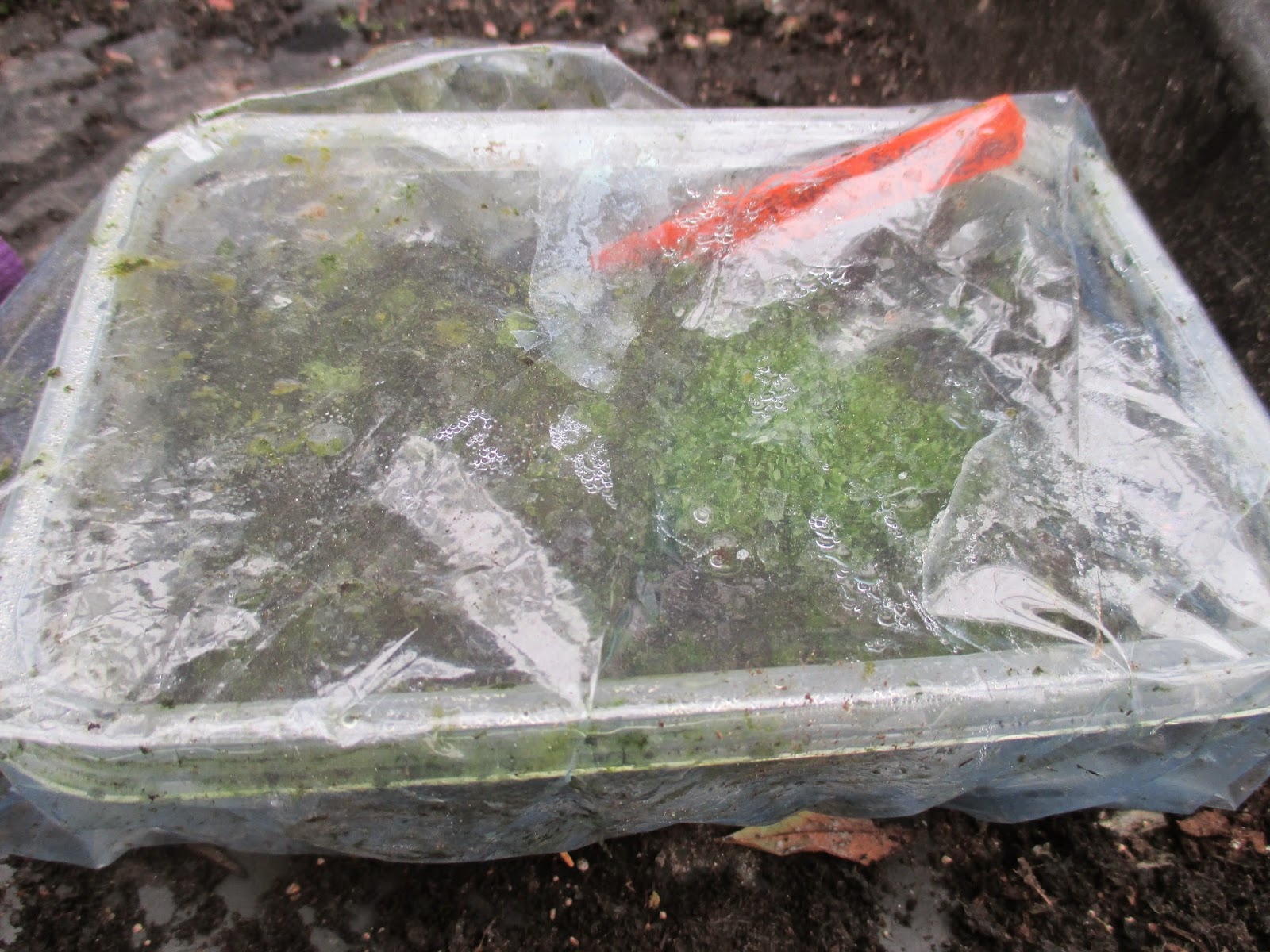 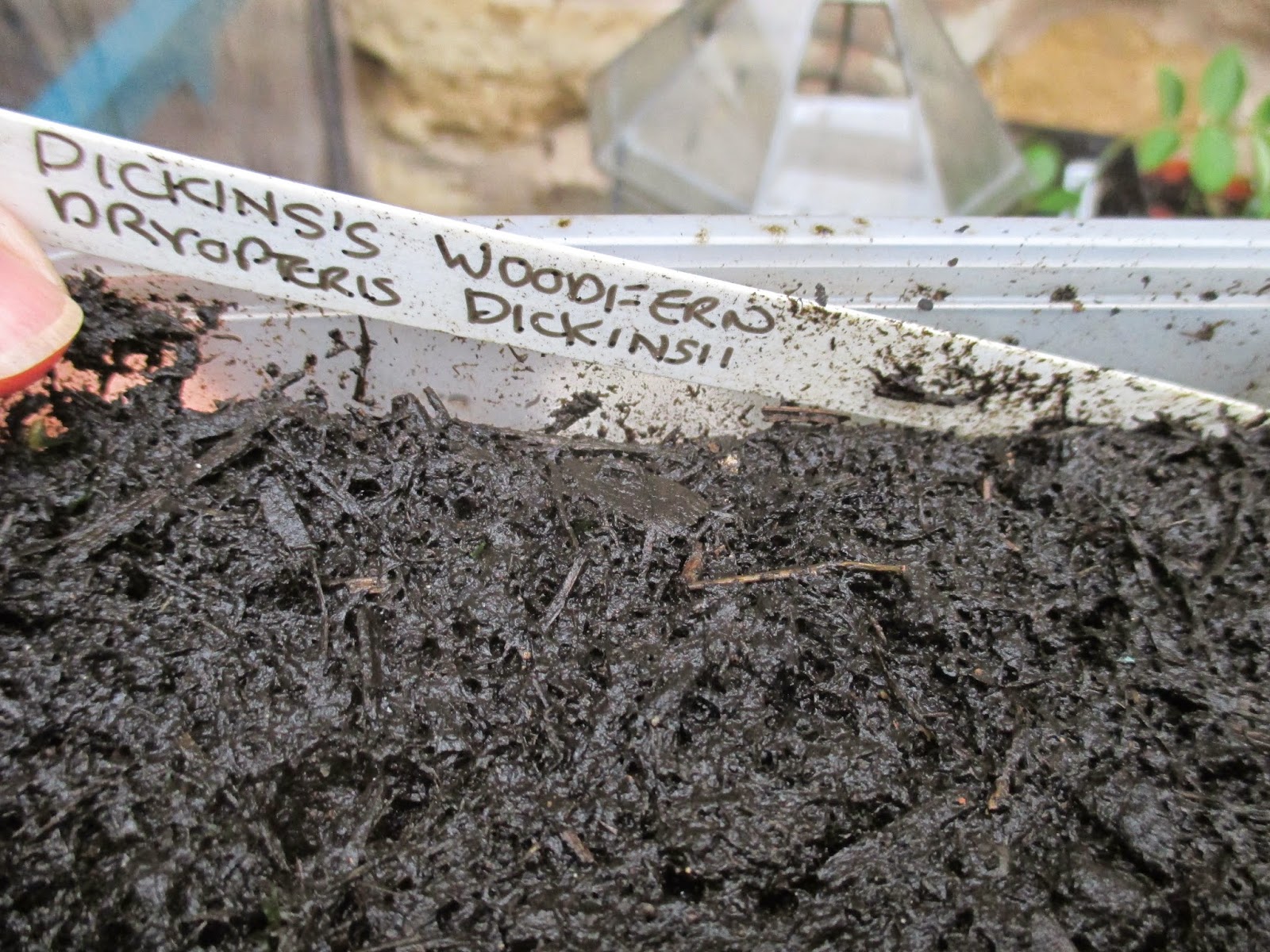 My instruction leaflet informs me that it is best to leave them undisturbed at this stage, so that is what I plan to do. Just sit with my feet up and watch them grow...