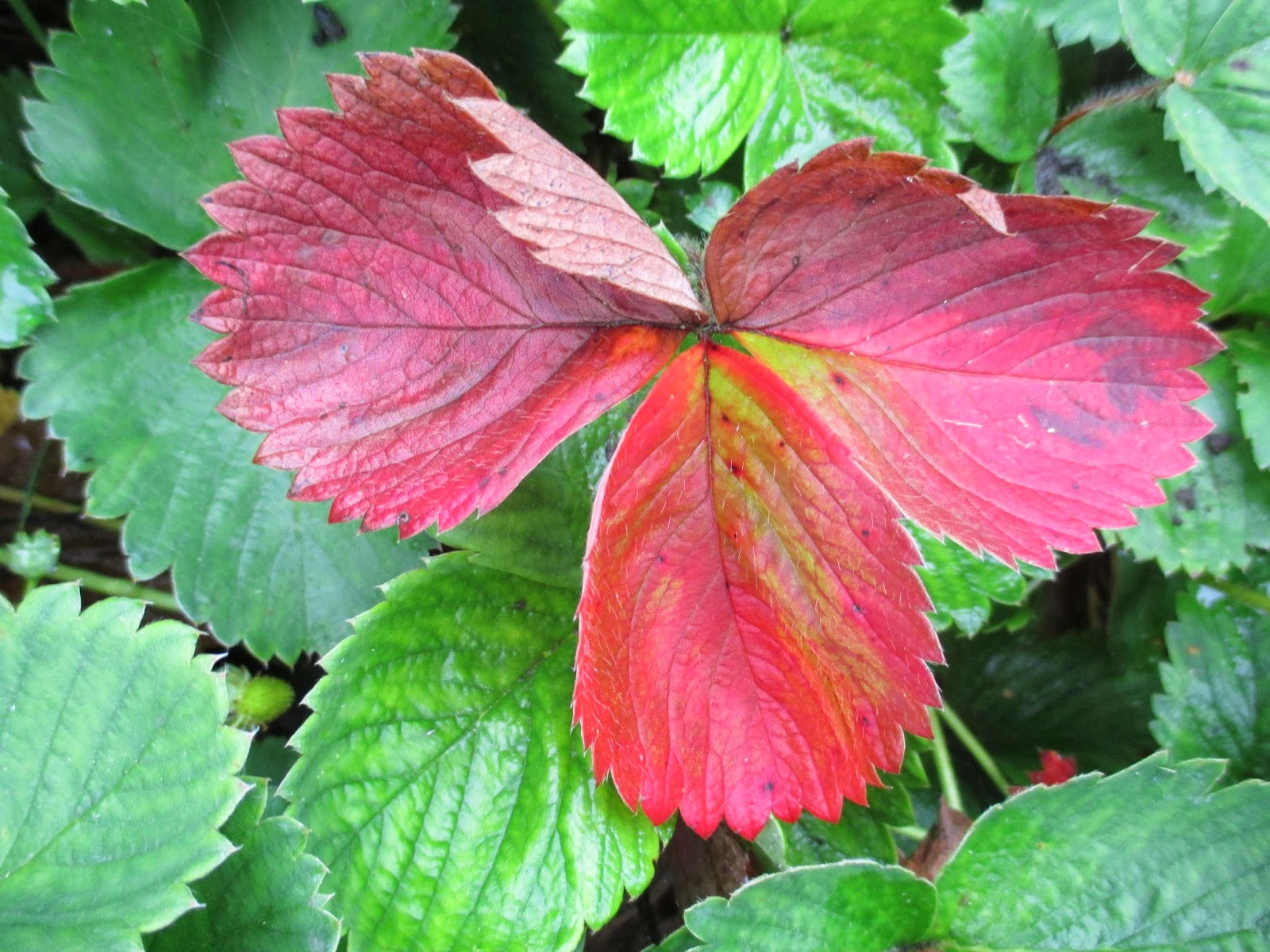 There was a mist yesterday morning, hanging over the fields, and I could hear the rooks in the trees nearby. The nights are now chill enough to merit a log fire, and outside it is properly dark again.
When the sky is clear and the sun is shining it still feels like summer, but it is clear that the season is marching on. 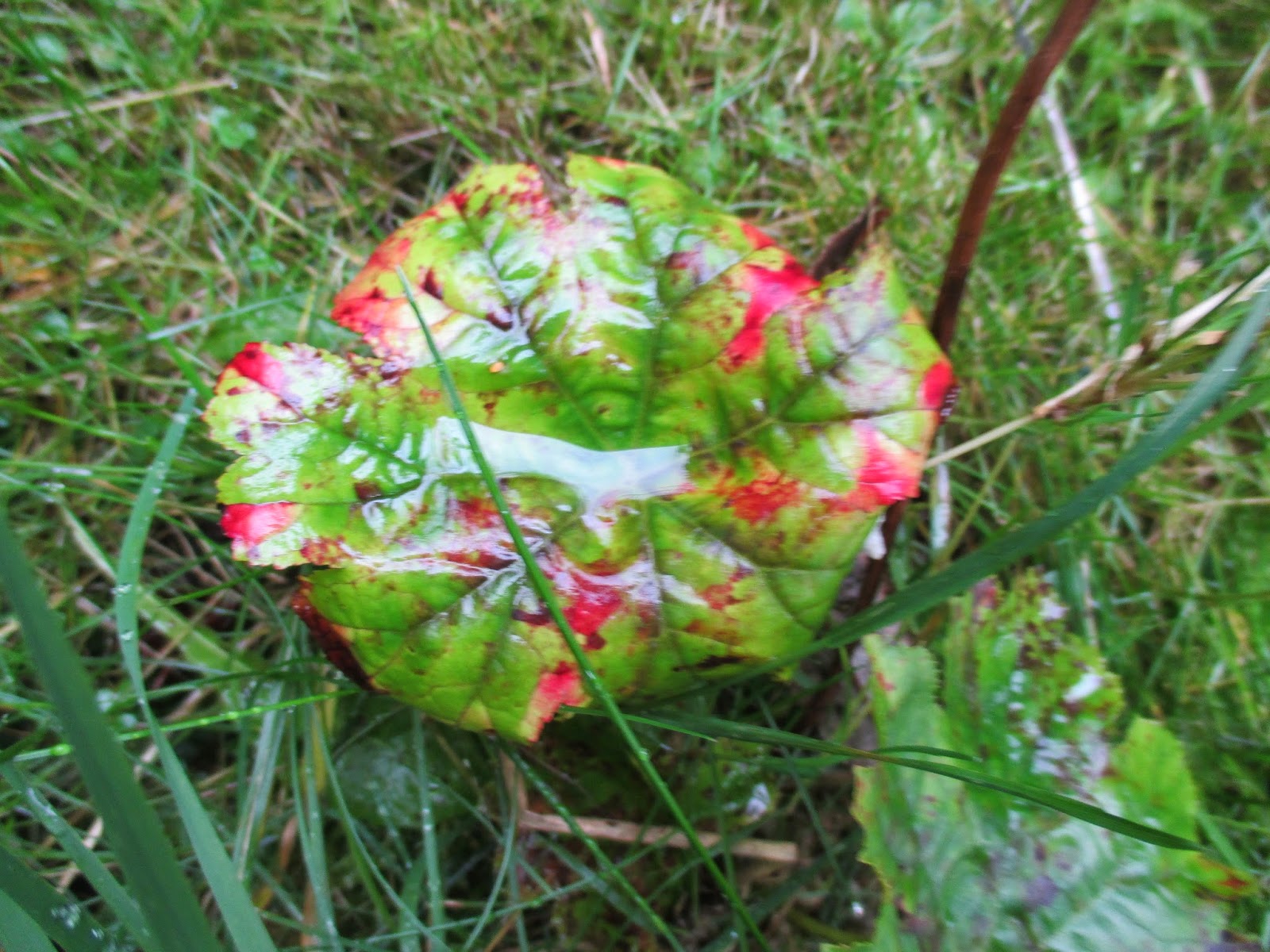 All this is usual for the time of year, but what is unusual is that foliage has started to turn colour and to die back, as you would expect in late September or October. I think the signs of autumn have arrived in my little spot on the planet, about three or four weeks ahead what is usual.

I first noticed it in the Horse Chestnuts, in about mid August, but they are always the first to show autumn colour , and it is often visible at the end of the month.

The next thing I noticed was the hostas, which are on their way out ! They are definitely yellow and dying! 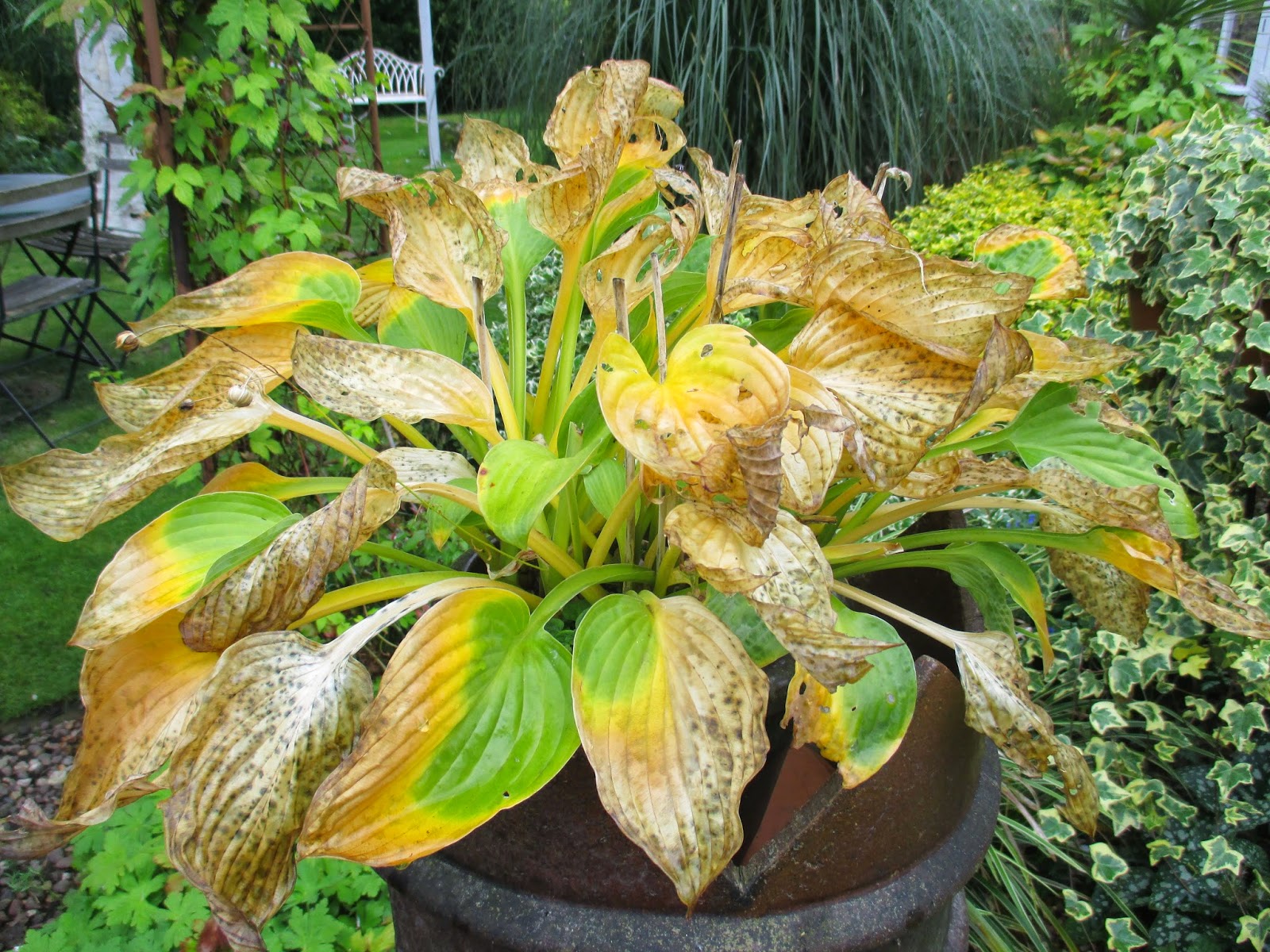 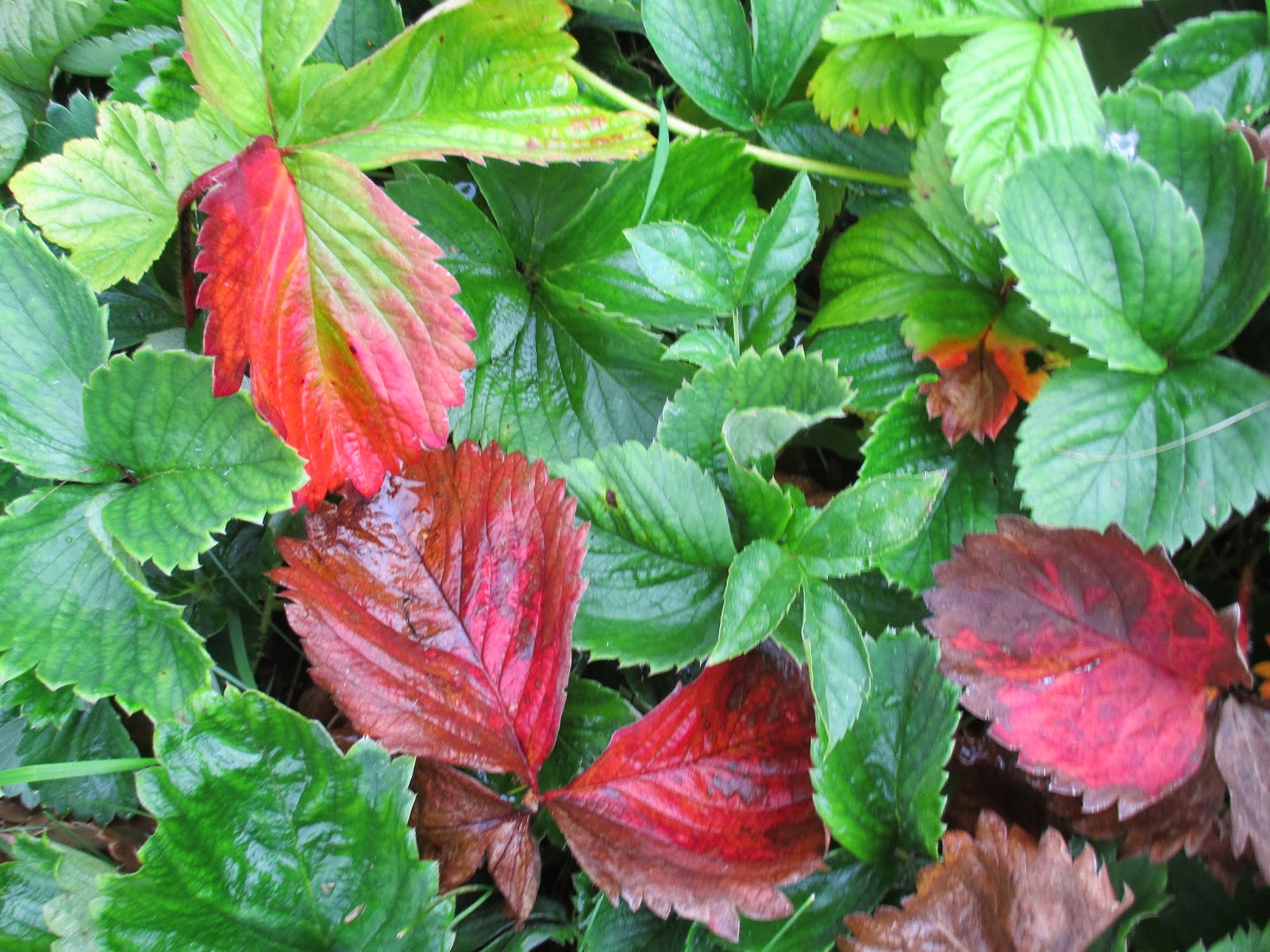 The Ligularias are edged stylishly, with dark red... 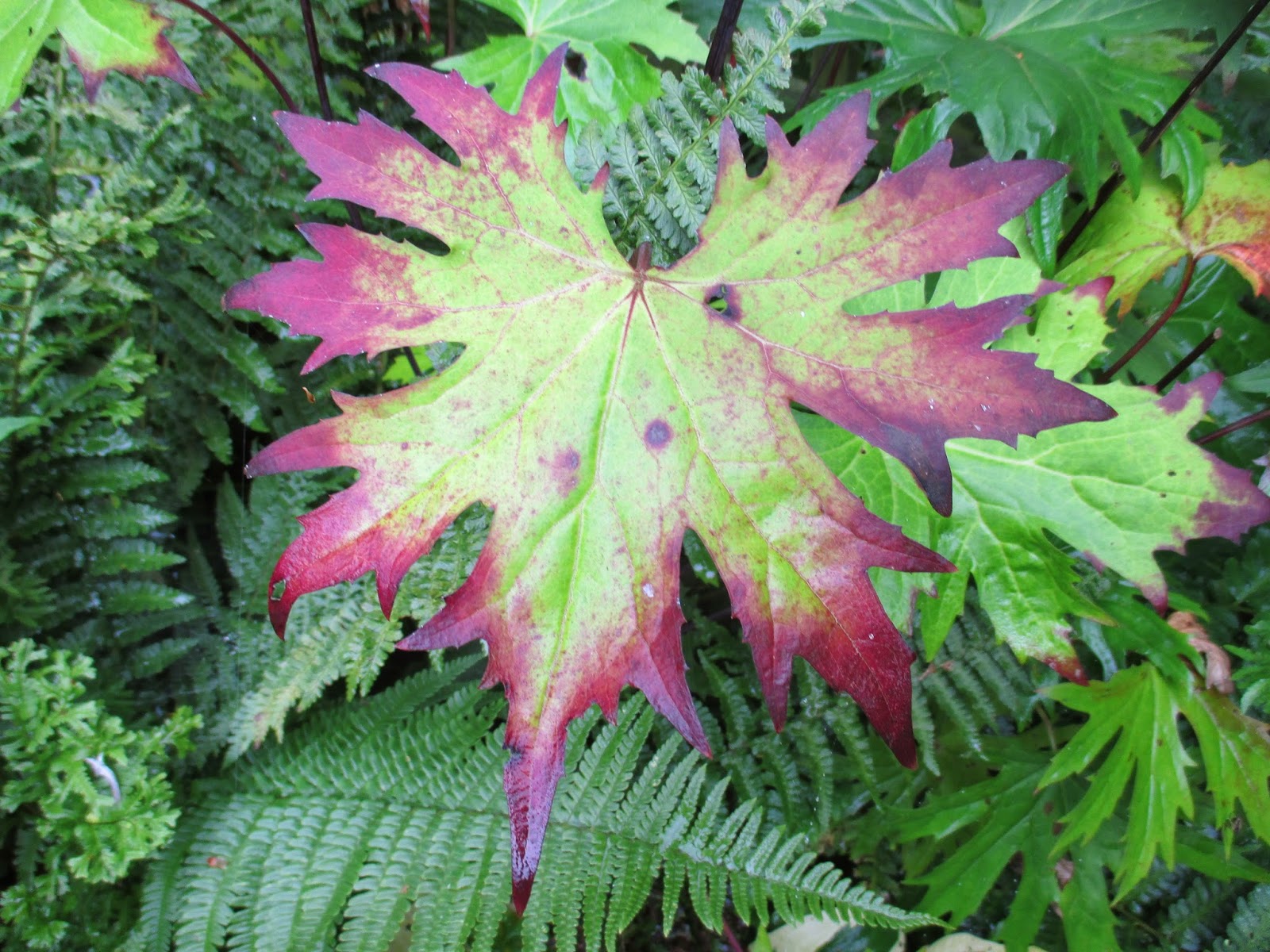 ... and not so stylishly brown! 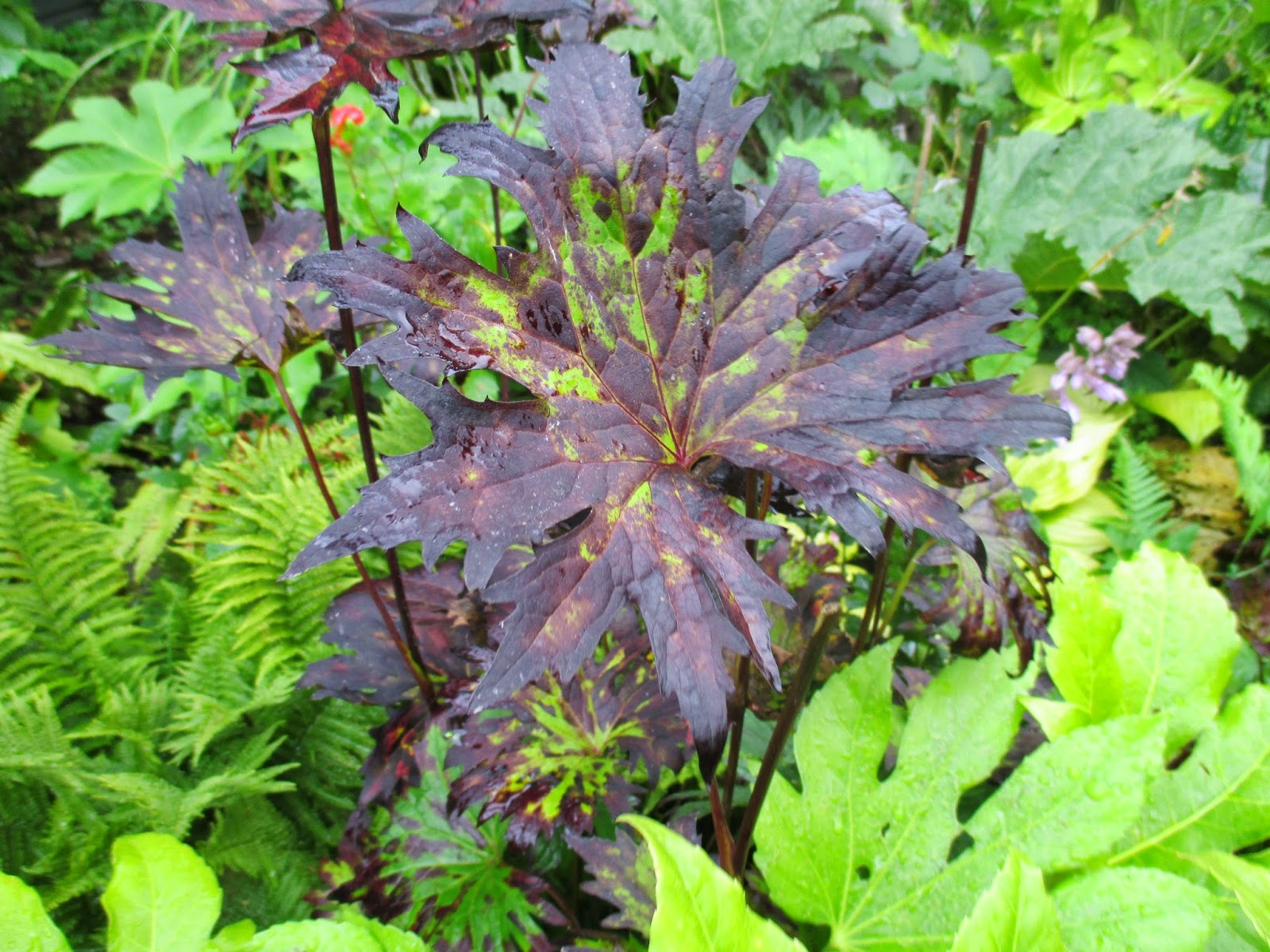 Berberis Rosy Glow has rekindled the embers and is now turning into a fiery furnace. 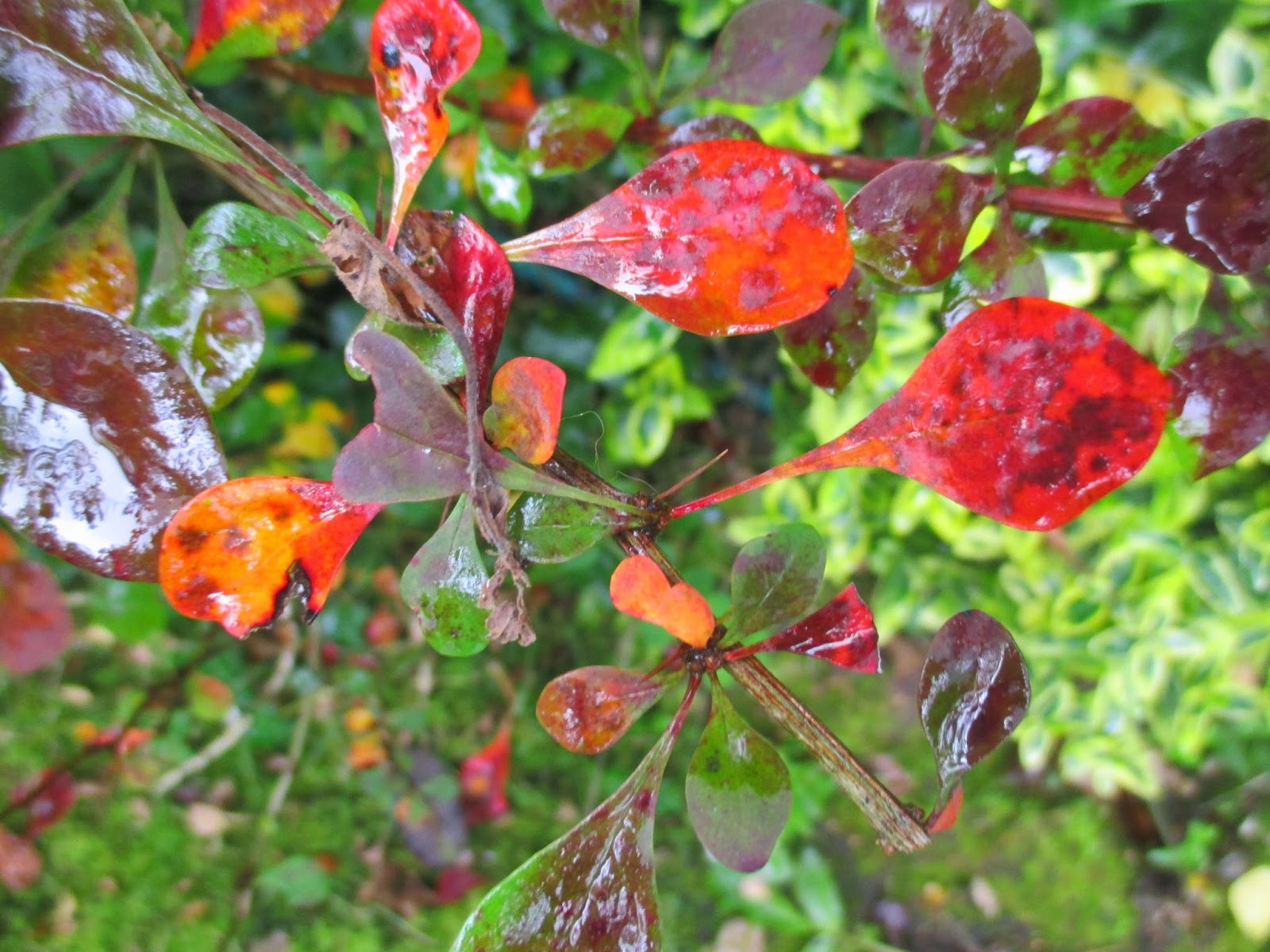 The anenomes have barely finished flowering , and yet the leaves are  beginning to die off. 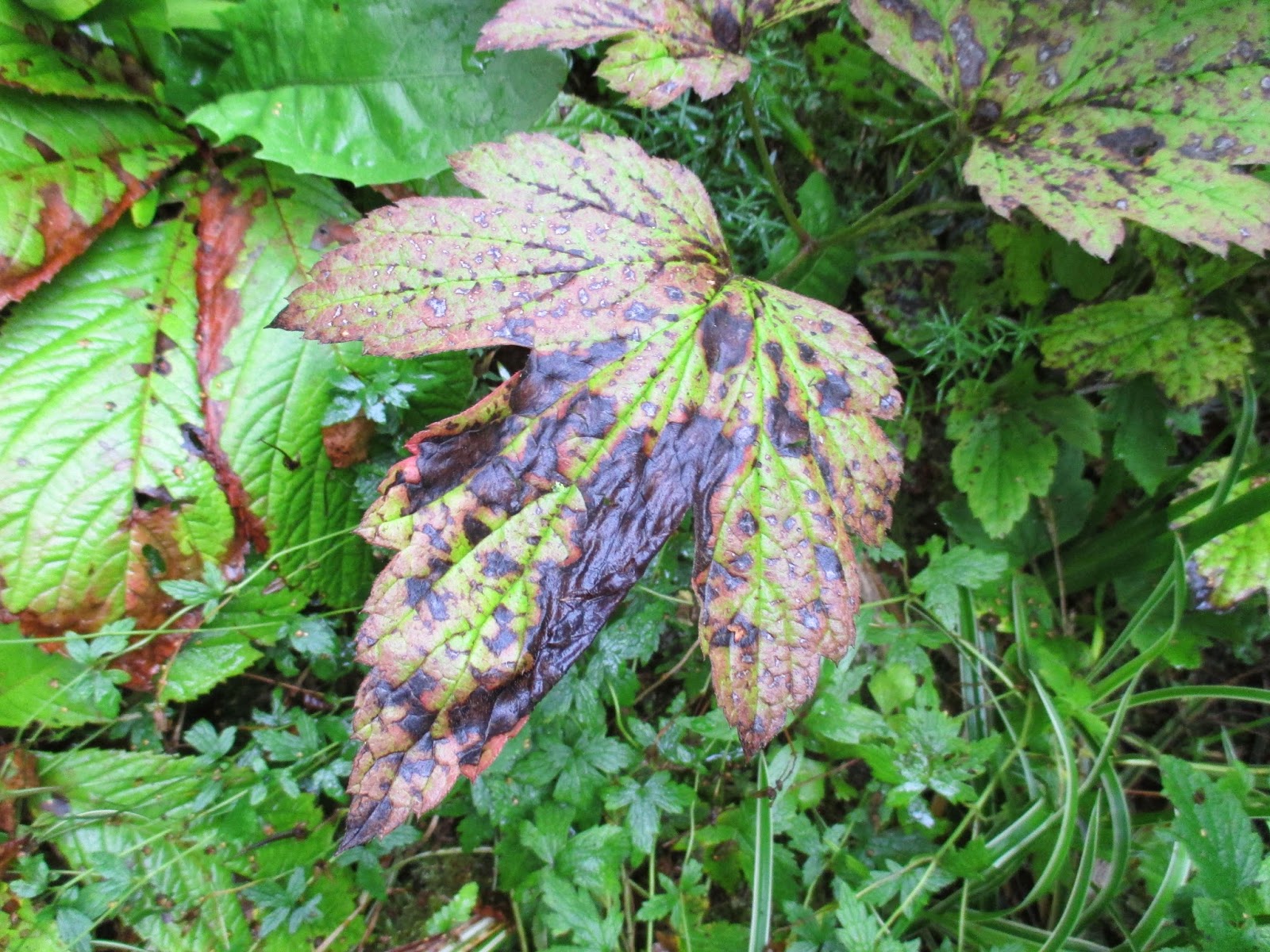 Rodgersia is turning up its toes earlier than usual this season. 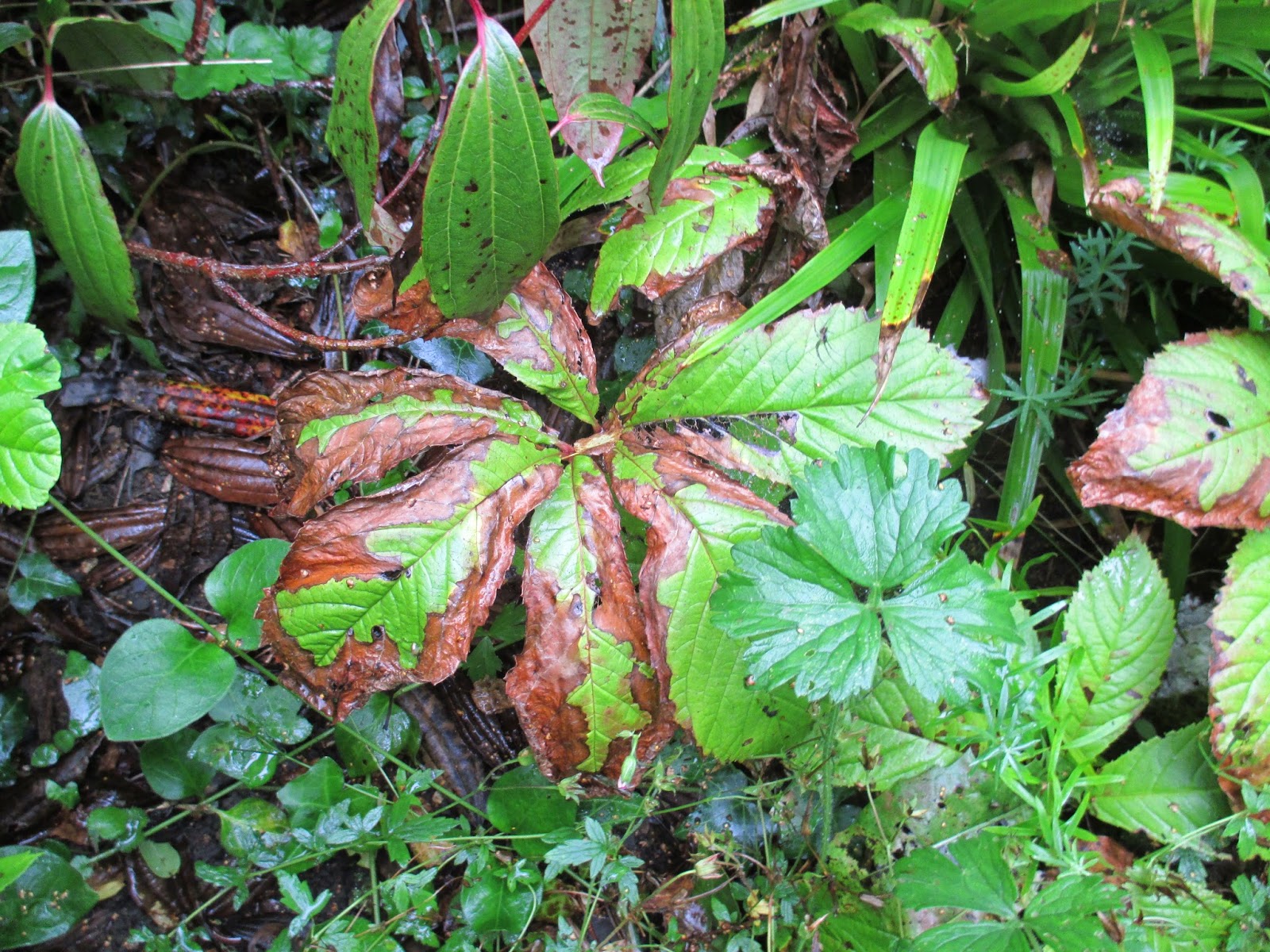 But don't despair, its hard to feel sad when there are still fuchsias like this is flower ... 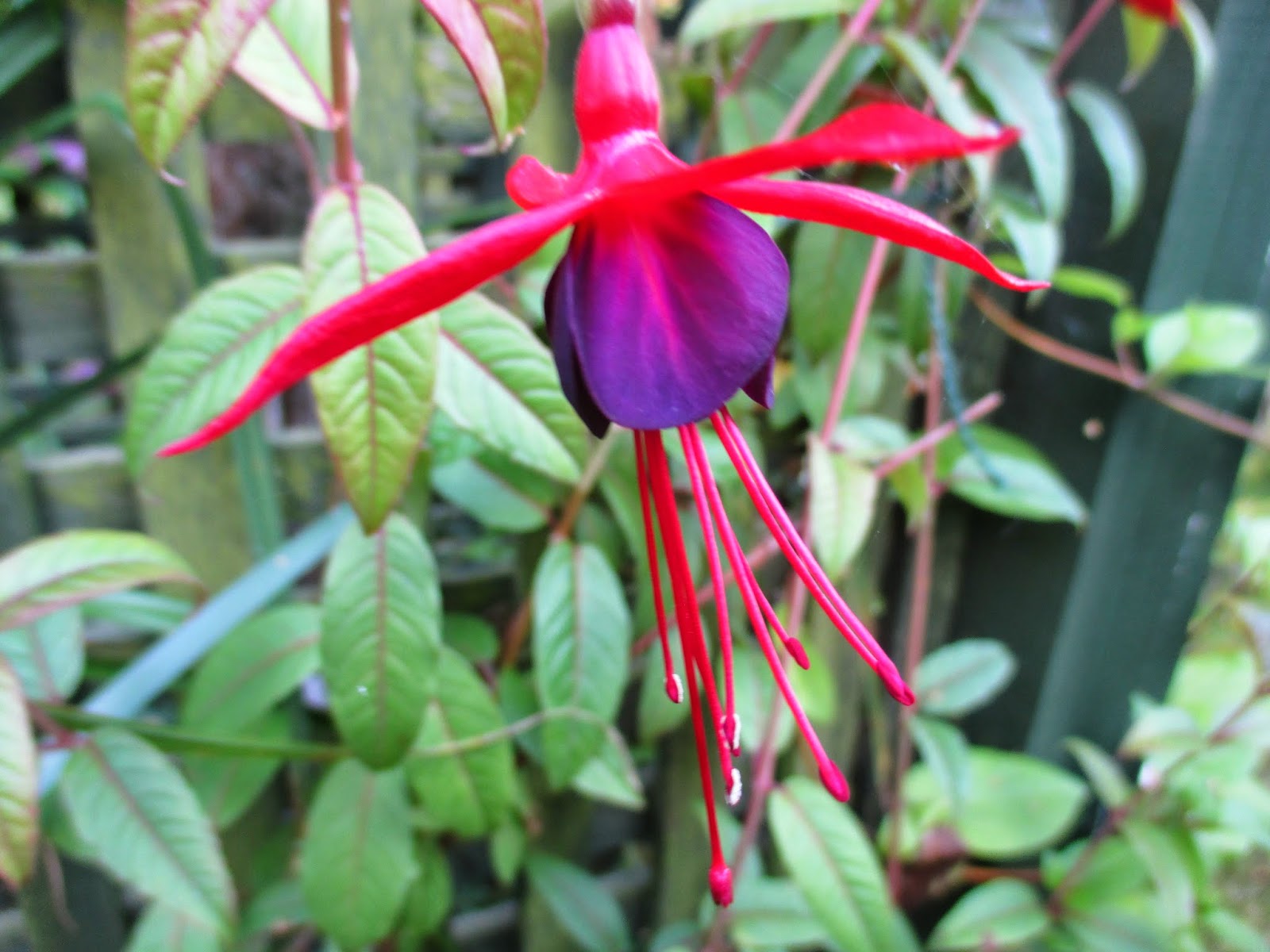 ... and 'Gentle Hermione' is just starting on another massive flush of blooms. 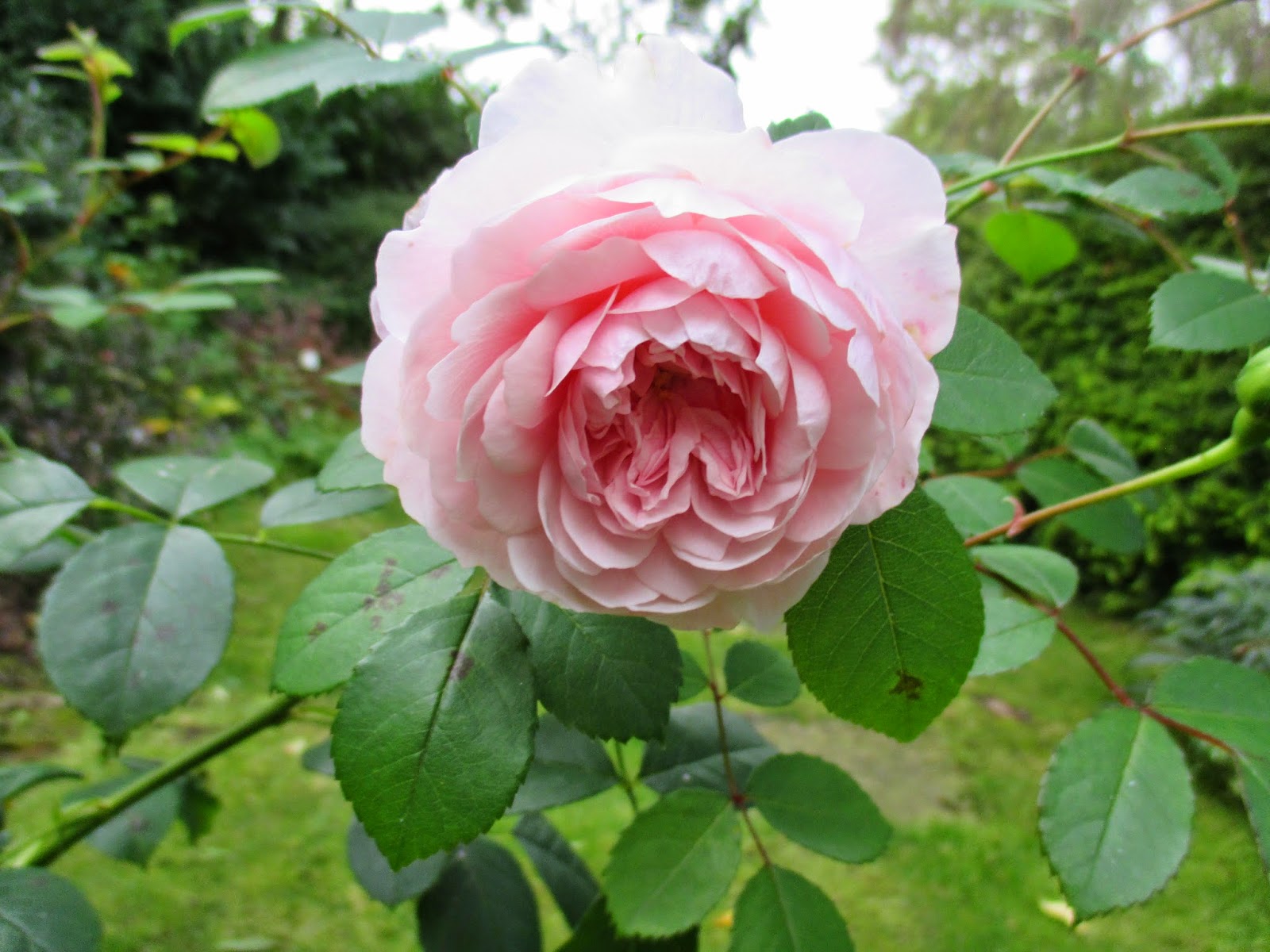 All the sedums are just coming into flower, and will be around for several weeks yet. 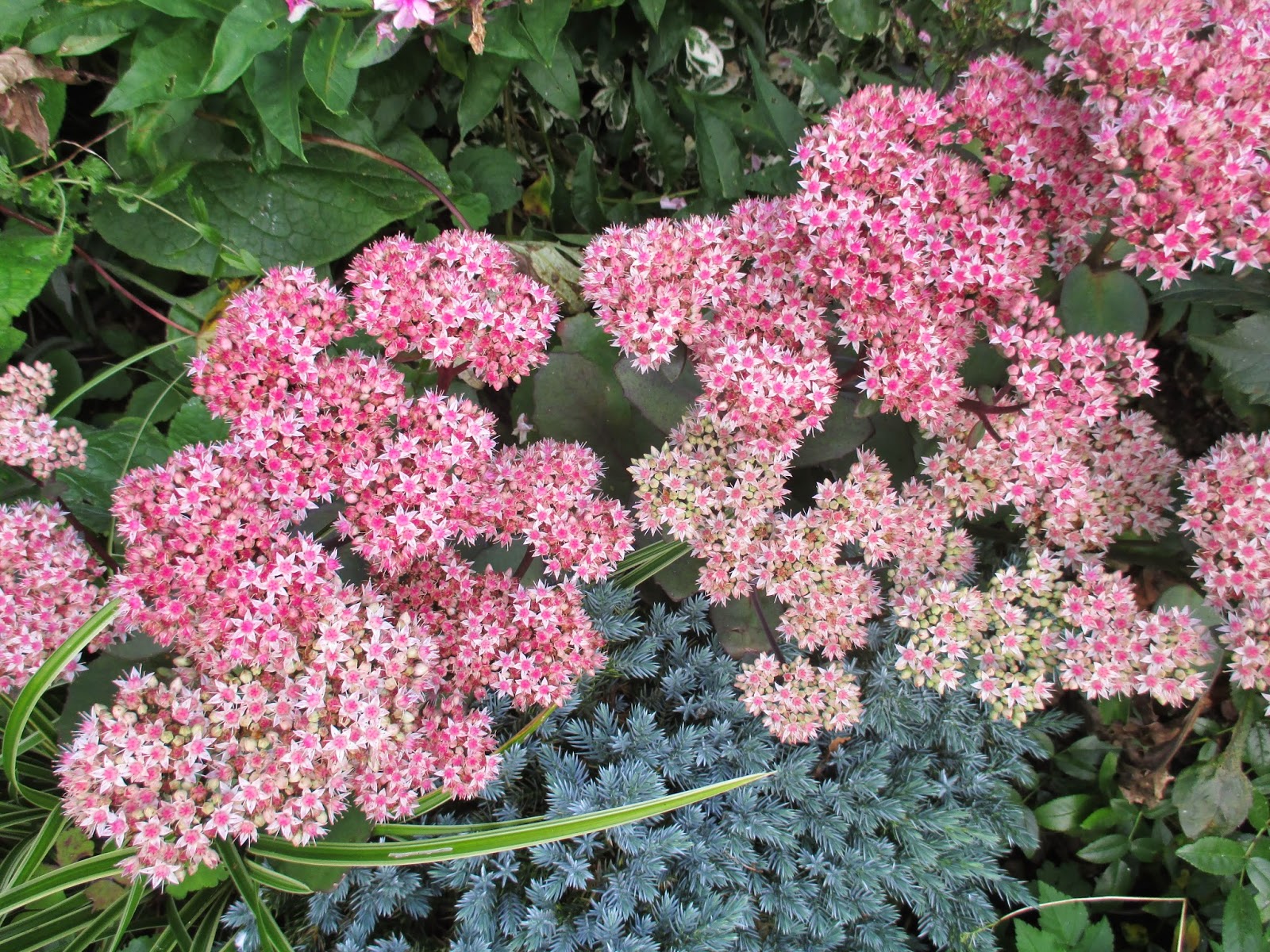 Because I am worried about things dying back and disappearing altogether, I have started the Great Autumn Move Around ! I don't usually do this at the beginning of September, usually it is at the end, or even through October, but if I don't start now, I will be looking at bare earth, wondering what on earth was growing there. Luckily the soil is ridiculously moist for the time of year, so I have no worries about moving things, as they will not dry out. This is usually the most restful time of my gardening year, as there is usually two or three weeks when there are few jobs to do, and the garden can be enjoyed before all the autumn work begins. Not this year though!

Spring came very early here, and I noticed the first leaves on the hawthorn hedge in mid-February, so maybe everything has just run its natural course. This process was probably accelerated by some very chilly days and even chillier nights in late August, which must have triggered the process of die back leading to dormancy. I've a horrid feeling that it is going to be a long old winter ....