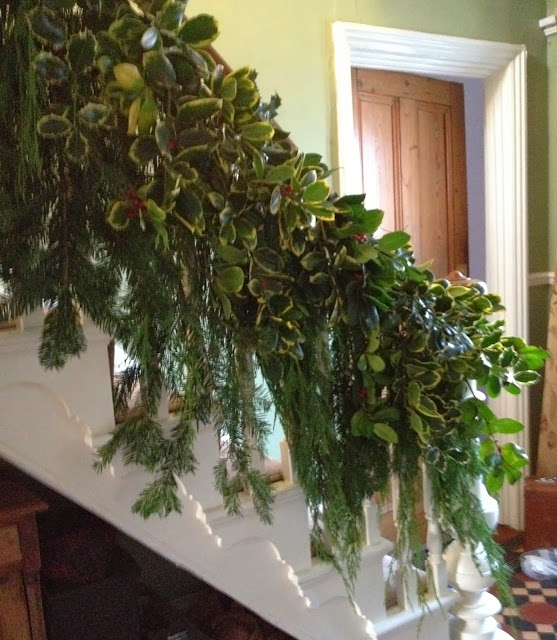 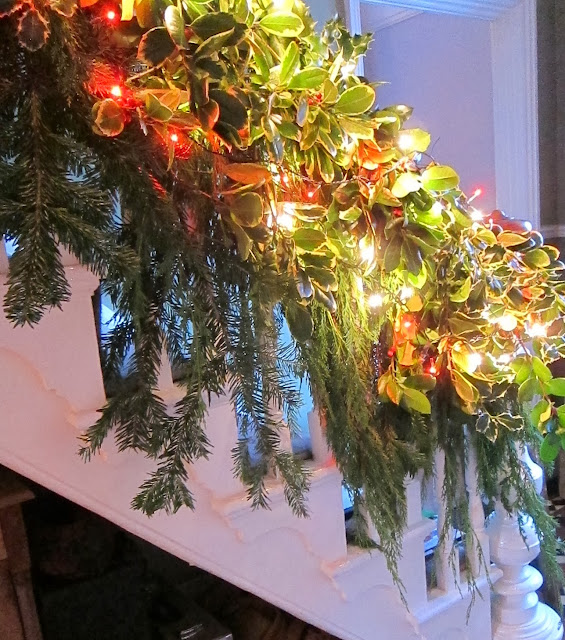 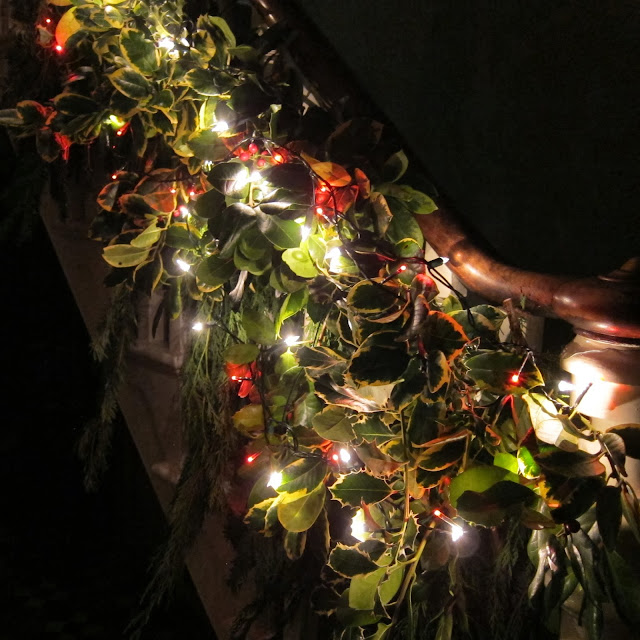 Every year I make my own evergreen garland for the staircase, made of holly, ivy, conifer and lights. Now I am the least artistic person in the whole wide world. I can't paint or draw, but the joy of the garland is that ANYONE can do it. And I mean anyone. 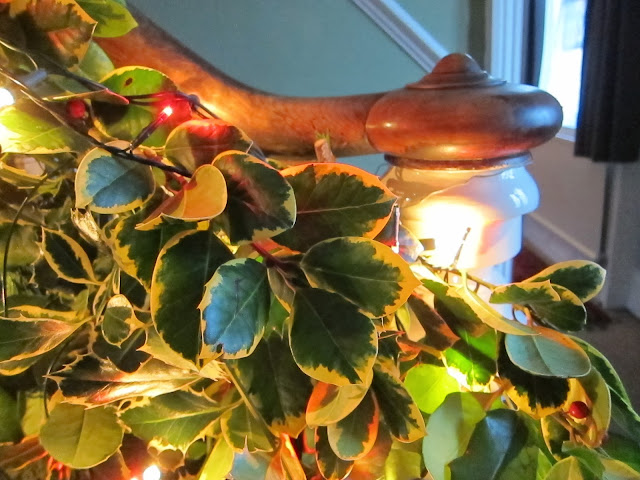 You need a length of wire to begin with, and I have used the same one for over ten years. After that, you just need patience, a barrowful of greenery and lots of green, plastic covered wire. 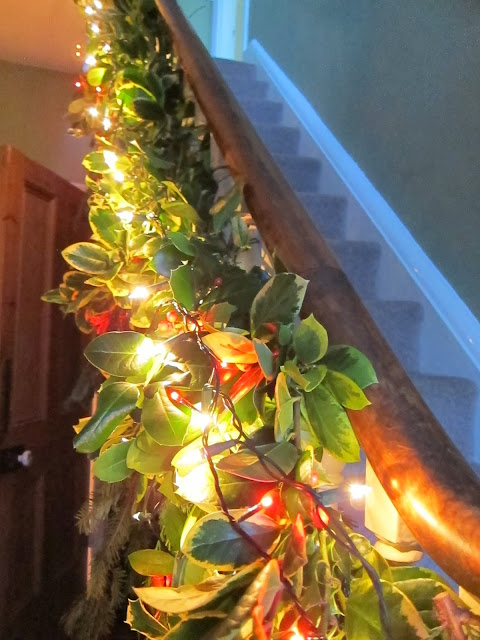 Once the initial wire is firmly secured, I build up the greenery in layers. It is very forgiving, and not a precise science at all. I start with the base layer of conifers, or the bottom branches cut from the Christmas tree. The thin branches are tied at the base and hung vertically - the longer and more ample they are, the better. 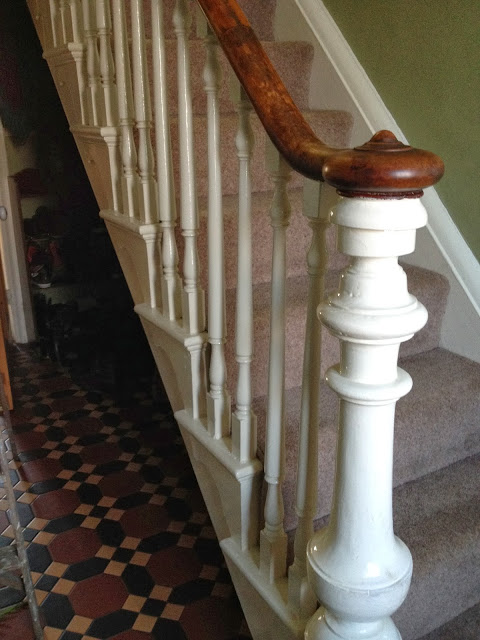 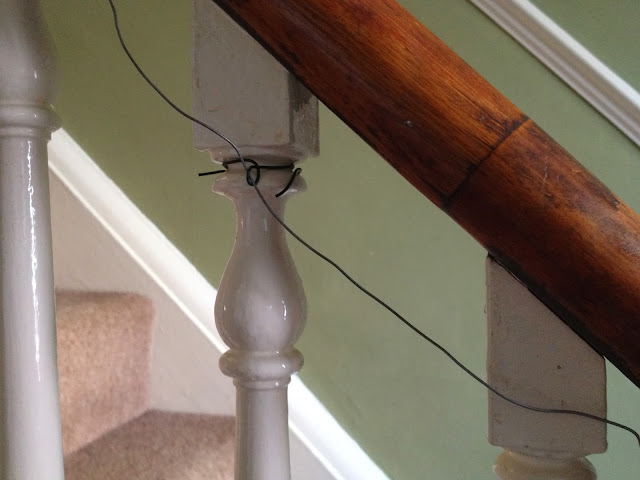 Once the base layer is completed, the next layer is holly, and I usually suspend it vertically too, overlaying the conifers. 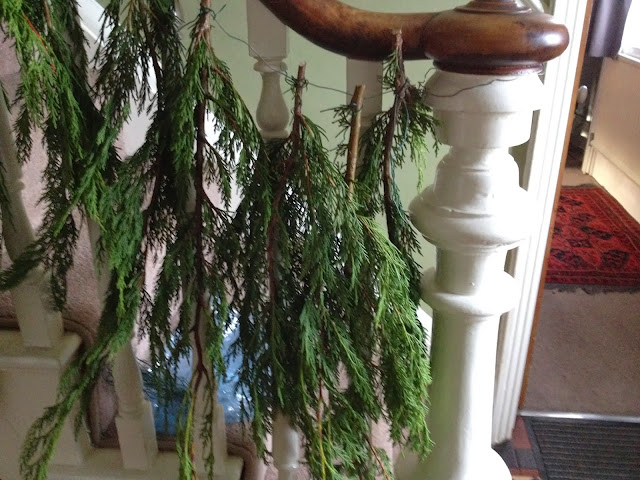 The next layer is holly and again, more holly, but this time it is tied in horizontally so that it covers and hides the tied in tops of the previous layers. 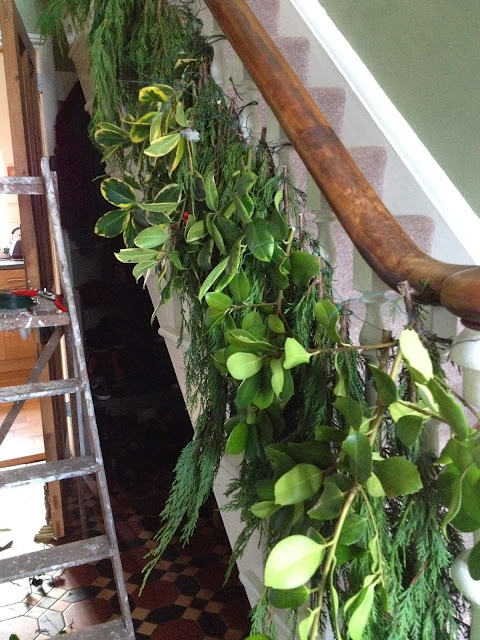 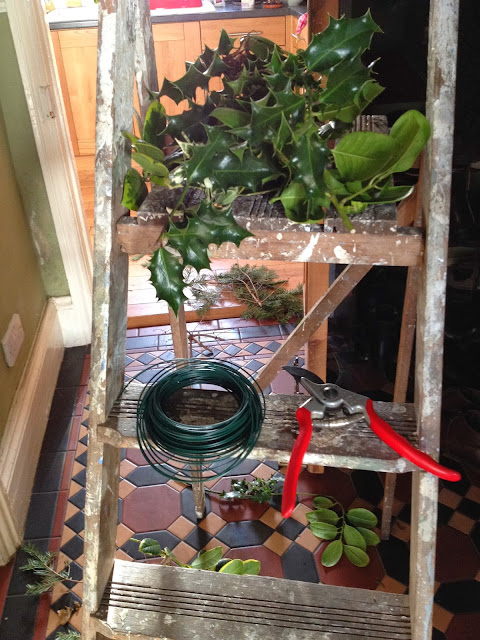 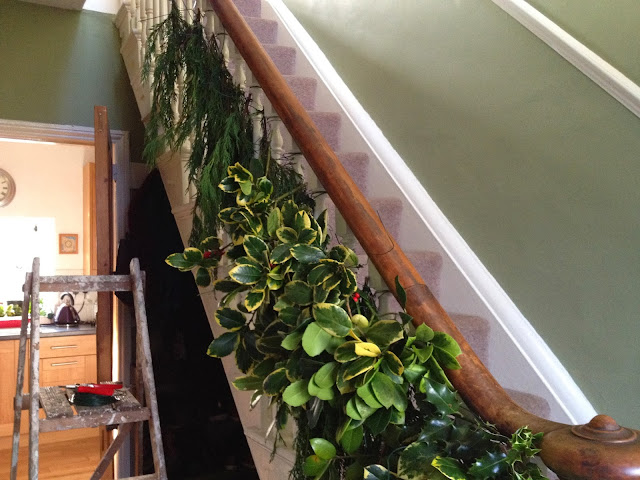 I usually drape some ivy along the very top.

Lights are added as a final touch, sometimes white, sometimes red - this year both red and white.

The garland doesn't last very long, ten days maximum, as it dries out in the central heating. It lasts much longer if it is freshly cut. Cut on a dry day and store somewhere cool if rain is forecast. 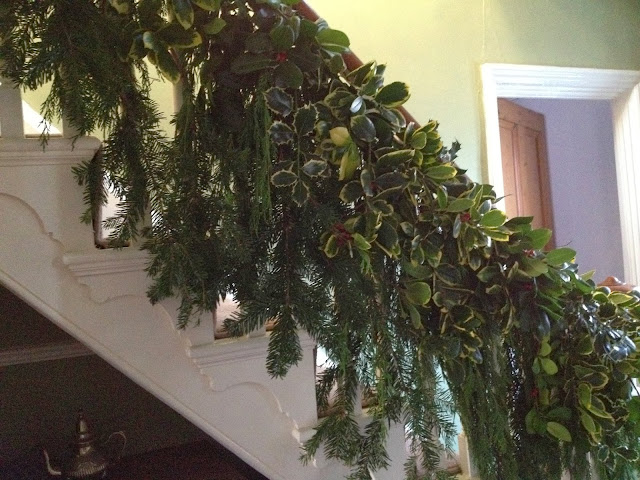 The worst is dismantling it after Christmas, when endless patience is needed to untie all the wires ! The dying greenery can all be shredded and composted, and the gathering of the greenery is a good opportunity for some timely pruning. 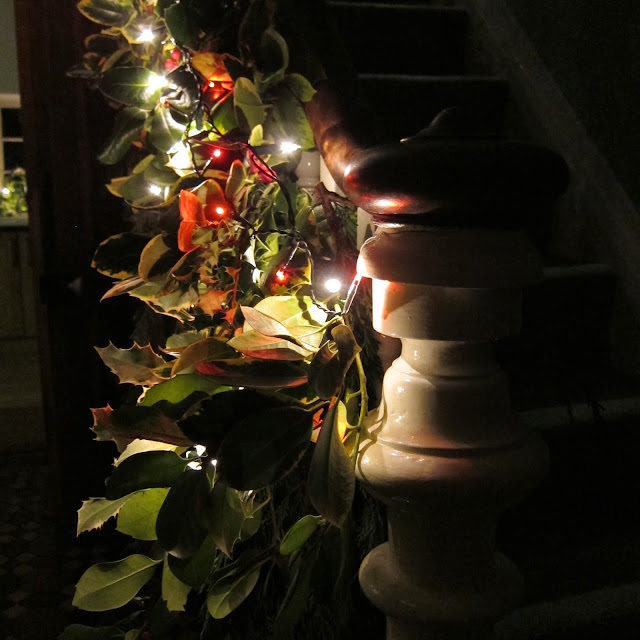 The trick to a successful garland is to make it as full as possible, and to try to get some length in the conifer branches, to give the whole thing some impact.