I had a little fig tree nothing would it bear ...

September has been kind to my fig tree as it has been bathed in warm sun throughout the whole month.There has been little breeze and temperatures have been relatively high for the time of year. It has been a record breaking month in terms of hours of sunshine. The wellather changed dramatically at the weekend and Autumn started with a vengeance, with a drop in temperature, torrential rain and high winds in certain parts of the country.

Because the weather has been so benign, flowering periods have been extended and seasonal dieback has been slowed right down. Like the Bedding is still going strong as are late summer flowerers like dahlias. There has been no real frost as yet to check growth. 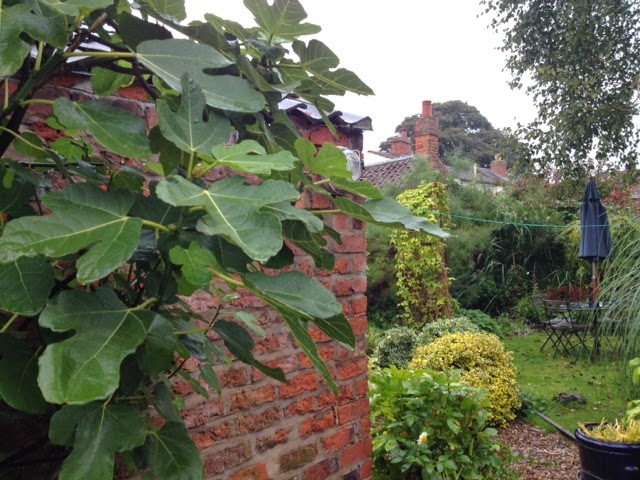 The fig tree, like everything else in the garden, has enjoyed these conditions, and has continued to grow with the heady mix of warmth and a little rain. Other parts of the country have had so little rain that growth has been affected by drought conditions, but here in deepest Lincolnshire, the mix has been just great. 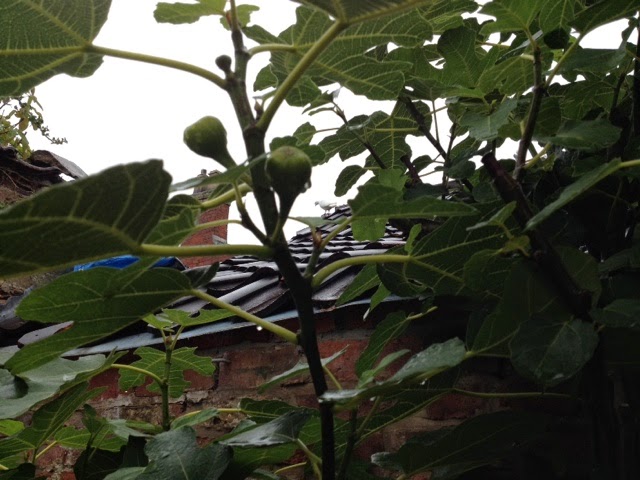 Little figlets have continued to swell and develop, but, correct me if I am wrong, these would ripen in January time in a hotter clime, so they have no chance here !

Like the nut tree in the nursery rhyme , though, my little fig tree has not been prolific. In fact it produced only one fig all season! That was not silver or gold, but was admittedly delicious, if short lived ! Hands up, it was mainly my fault with my over zealous pruning ! I have high hopes for next season.

The fig tree is looking the healthiest it has looked all season, and is lush and well foliated.


Looking at it now, it is hard to remember how sad it looked in Spring, as it had very sparse foliage due to my, erm, pruning, I'm ashamed to say. Well it overcame that hurdle and began to grow strongly in late Spring, only to be knocked back again, as the shed roof was renewed. It had to be cut back again to give the roofer clear access, and even had to be prised away from the wall at one point. 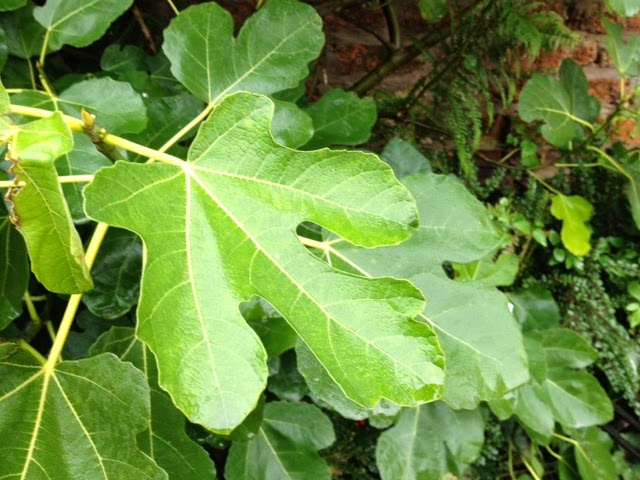 It all goes to show what a tough cookie this tree is, and I have developed a new respect for it, having seen it recover so heroically from adversity. 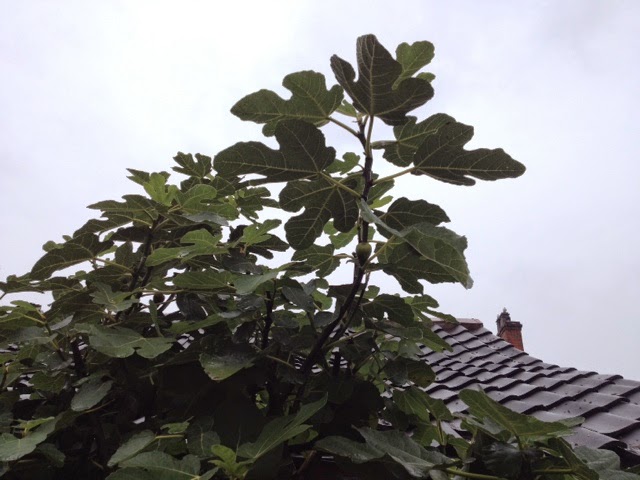 The  'Polish Spirit' clematis which twines through the fig tree, has also taken a battering and had to be cut down when the shed was reroofed. I wasn't unduly worried as it is a well established plant, but it did sulk for a couple of months before making an appearance again. 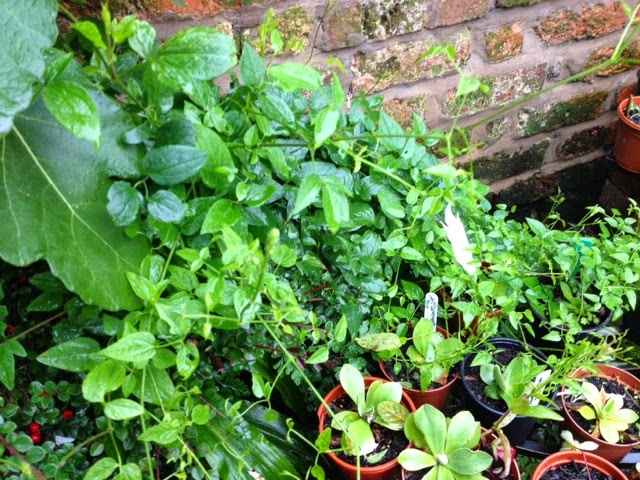 There is no sign of autumn in the foliage as yet, and both the fig leaves and the clematis leaves are still a very fresh strong green, unchanged from earlier in the season. Cooler night time temperatures will no doubt work their colour- changing magic soon! I expect that the photos next month, of my fig tree, and many of the trees being followed in the 'Tree following' meme will look very different.

You can check out the huge diversity of trees over at Lucy's lovely blog 'Loose and leafy', and many thanks to her for hosting the meme every month.