The mysterious case of the disappearing plants... 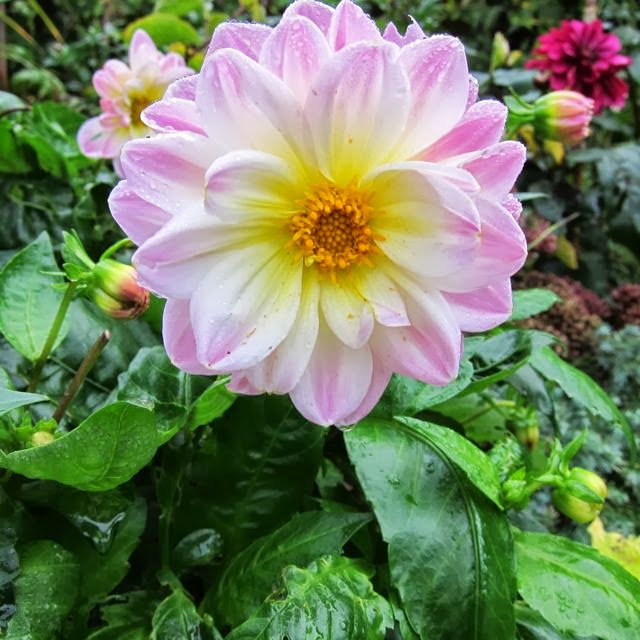 There is a lovely portion of the gardening year, when the end of the growing season is just a cat's whisker away, and for a short while there is really nothing to do but enjoy the last of the flowers. The garden is suspended in time, for a short while, before the great clear-up and move-around  starts. I always put off this next flurry of activity as I don't like to disturb and spoil the late summer garden, and be the one to start the process of dismantling it all.


This year the colour has continued very strongly and I just didn't want to break up the party. For a couple of weeks I have just relaxed and enjoyed watching the season change... but now is the time for action. 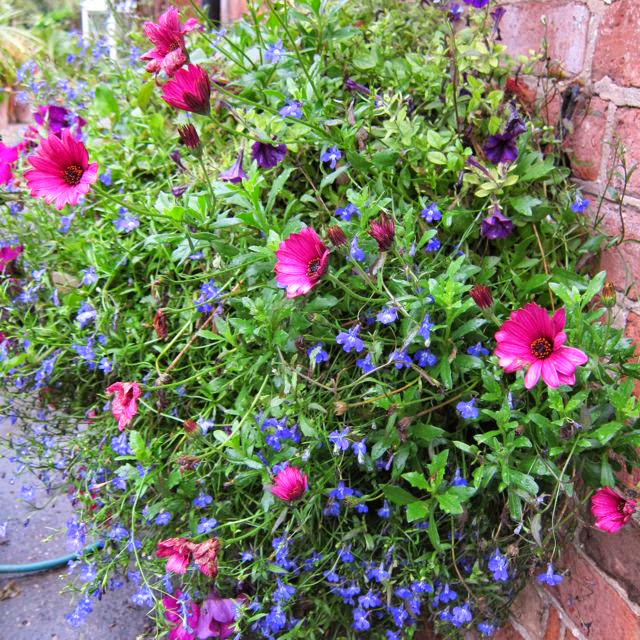 Trouble is, I've left it a wee bit too late, so I am now playing a  mad game of Plant-Cluedo, trying to find clues to determine the name of the remaining slimy stems, or dried brown stems ! I am to be found on my hands and knees, hysterically searching for clues in the soil - the remains of a hosta leaf, the seed pod of a sweetpea, as proof that it's owner lies beneath the soil. A few brown, slimy leaves are often all that is left ... of what ?  Lysimachia? Lupins? Who knows ! I probably cut them back much earlier in the year, so there is very little evidence left for Inspector Clouseau to find ! I am having to rely on memory, as well as  foraging for clues . I am trying to dig up and move plants which have all but disappeared as they settle down for their long winter sleep. Seemingly overnight plants have vanished, often without trace !


My 'window of opportunity' for all this moving and dividing is, sadly, just the tiniest bathroom window, through which I am trying to squeeze. From surveying the garden over a lazy cup of tea, thinking how lovely the dahlias are, I am now outside all day long, desperately moving plants before all trace of them disappears. 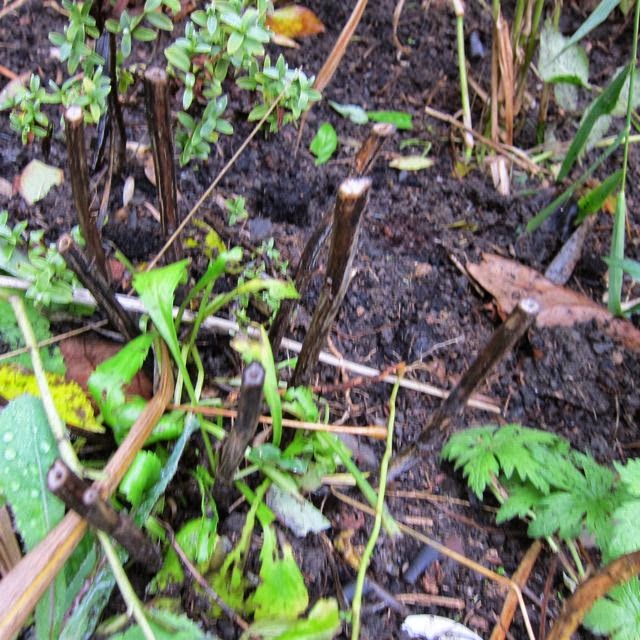 All season I have been making notes of what needs splitting or moving. There is the salmon pink phlox next to the golden yellow Hemerocallis which , unless you have taken mind-altering drugs,  is not a colour combo which gives pleasure ! There is the naughty Rogersia which usually goes in front of the hosta but this year has taken upon itself to grow ridiculously tall, and needs to be moved to the back row! There is the disaster of the Alchemilla Mollis edging ( July onwards - nil points!) which needs replacing with geranium. There is the David Austin 'Winchester cathedral' which has been manfully engaged in a battle for survival with Miscanthus. Need I go on ...

I have also got trays of foxgloves and Violas to plant out, but now when I look at the growing tracts of bare soil, I can't recall what was growing there a few weeks before. Where was that little space I was going to pop a few violas in ? There is now a vast expanse of bare soil as foliage dies off and vanishes. What is lurking under the soil ready to spring into action next year?


Yes, I know I should put labels in, to mark what is planted where, but if you have a read of this post, you will see why I don't bother!   'A rose by any name at all...'

But, despite my poor sleuthing, there are still many reasons to be cheerful ... the sun is still as warm as summer at the moment, and there has been no frost to kill the colour. 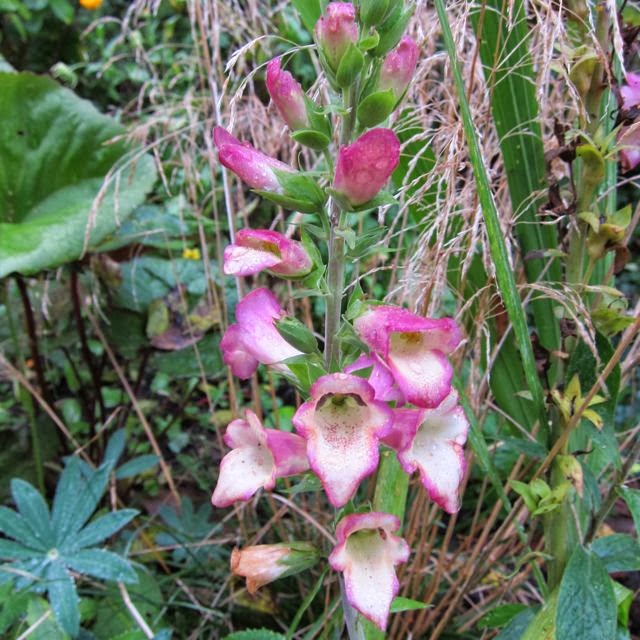 Plant of the Year 2012, Foxglove 'Illumination' did not win my heart initially, as I felt it didn't live up to expectations, but as the season has progressed it has just kept on flowering and flowering. It is beginning to bulk up and become multi stemmed. It is becoming one of the stalwarts of the garden now. 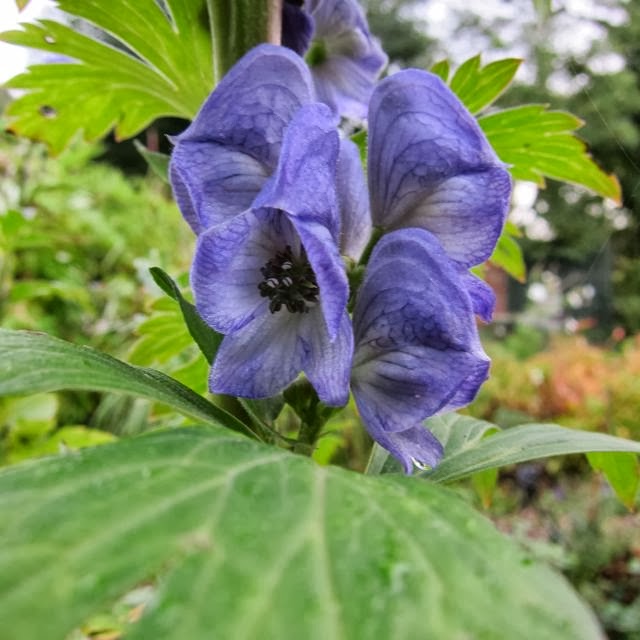 I just don't don't understand cameras - that Aconitum is a deep amethyst blue in reality, and not the washed out  shade in the photo ! 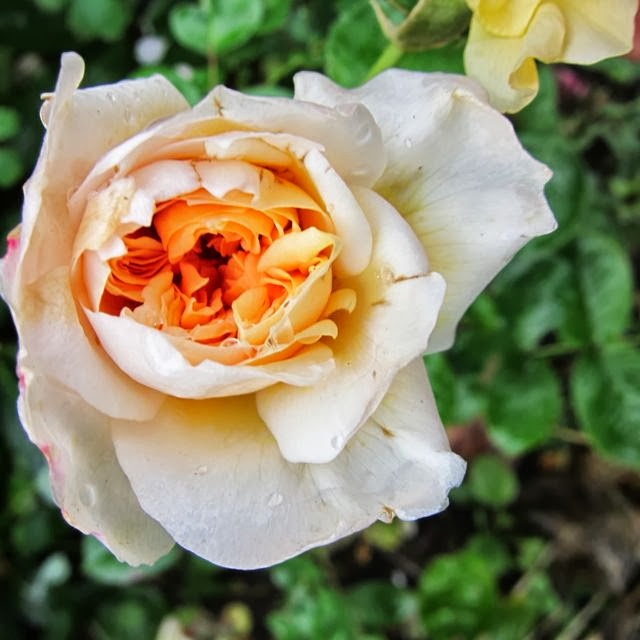 This is a cutting of 'Graham Thomas' which I took last year, and it is flowering for the very first time. 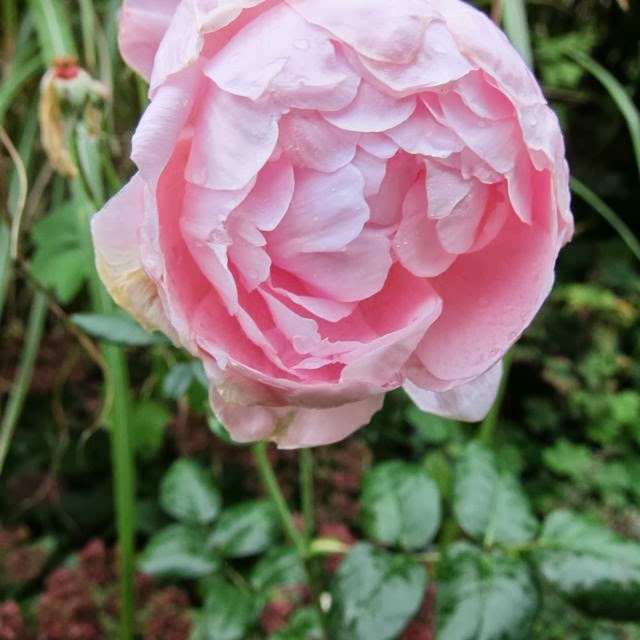 Lots of the English roses are still flowering sporadically, and 'Sceptr'd Isle' is a bit rain battered around the edges, but still a lovely sight on an Autumn morning.

Maybe I'll  stop playing Plant - Cluedo now, and start again in the Spring, when the new shoots come through and it will be so much easier to see where all those gaps are.