Settling down for a long Winter nap ... 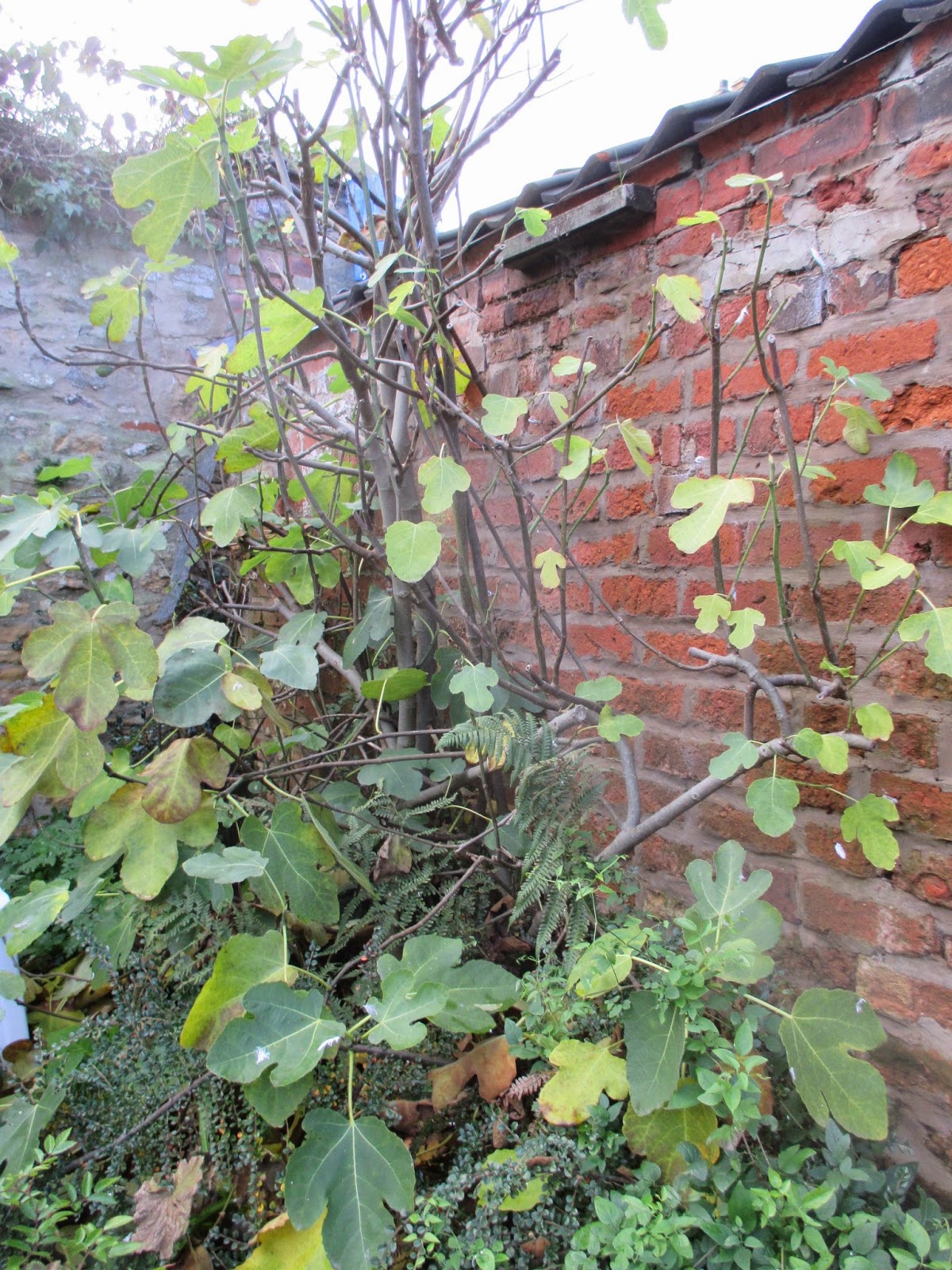 Every month   'Loose and leafy'  hosts a 'Tree Following' meme, where lots of bloggers from around the world, give an update on a chosen tree. I have joined in whenever I have been able to, and have been chronicling the ups and downs (mainly downs if I'm honest!) of my Fig Tree, Ficus Carica 'Brown Turkey'.

Since March it has been subjected to savage pruning, roofers and builders working around it, and last, but not least, the tail end of a hurricane and subsequent collapse of a nearby wall. Quite a lot of trials and tribulations for one little tree.

It had a very slow start in the Spring, which I now think is probably the norm for fig trees in this country, and not because of the mistreatment meted out by my tree loppers. However, once it was in leaf, it went from strength to strength and the long, warm growing season resulted in strong growth, as you can see from the green stems in the photo below. The green growth has all been put on this season. 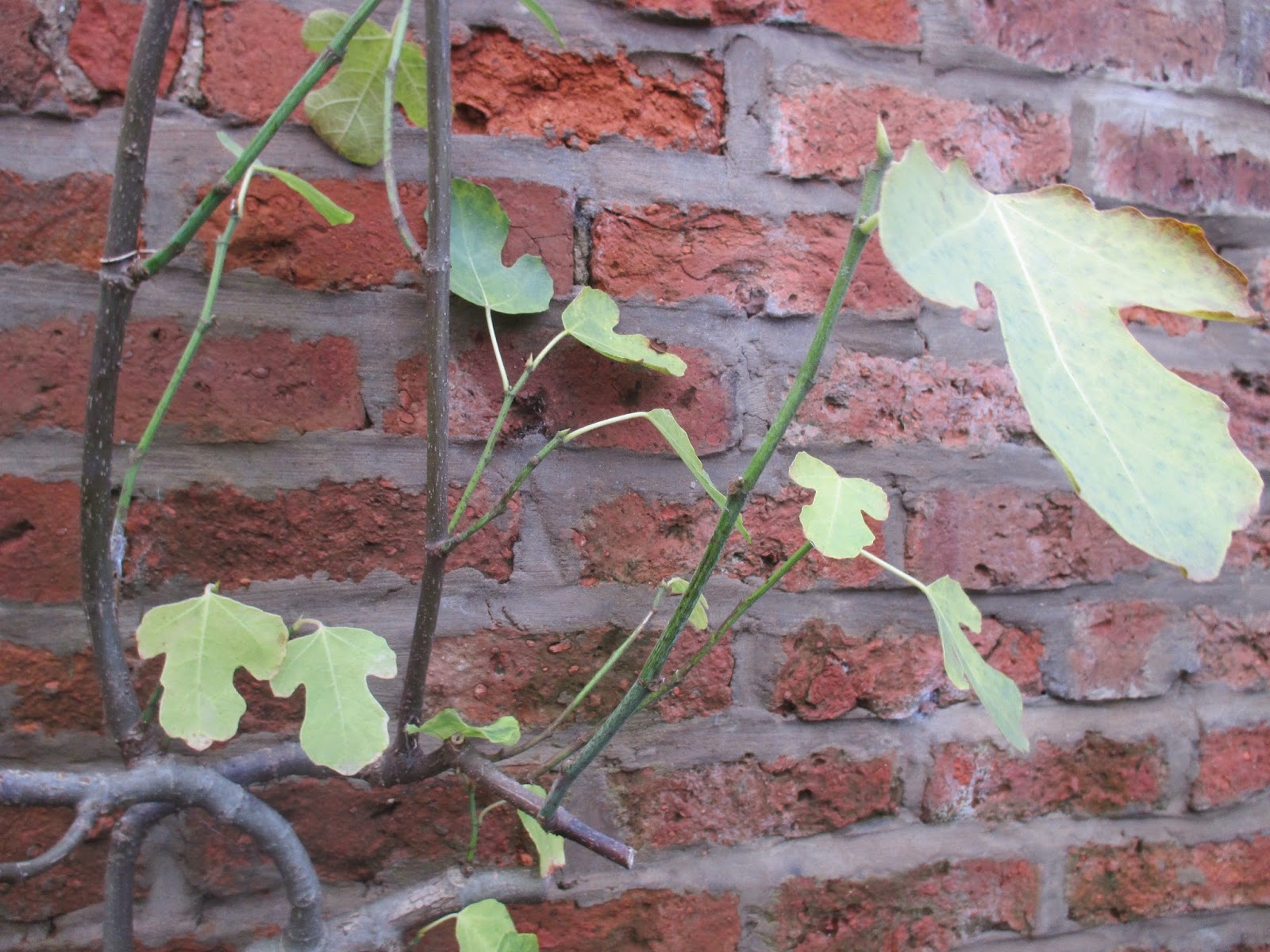 Sadly, it only produced one fig this summer ... and that was down to my pruning! 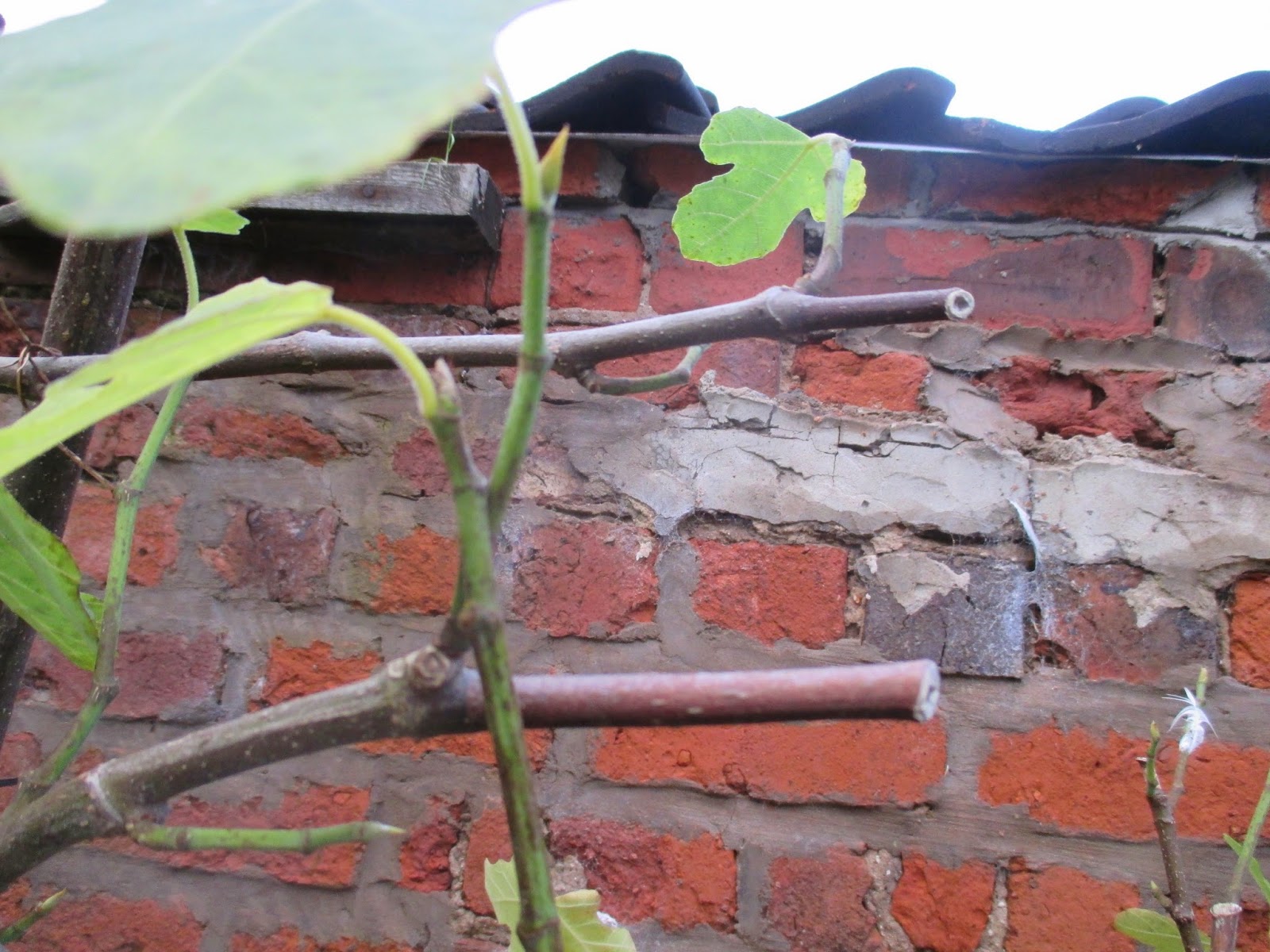 After advice given in comments on my posts by gardeners who know about these things, I have removed the small figlets growing on the tree at the moment, as these stand no chance of ripening. Apparently if the tree was in warmer climes, it would produce some figs in January, but that ain't going to happen in the cold, drear UK !! I have asked Head Gardener Mr Google, who told me to remove all figs which are larger than a pea, as they will not ripen. Apparently the tiny, tiny fruit nestling in the branches are the ones which will grow and ripen next summer, all being well. 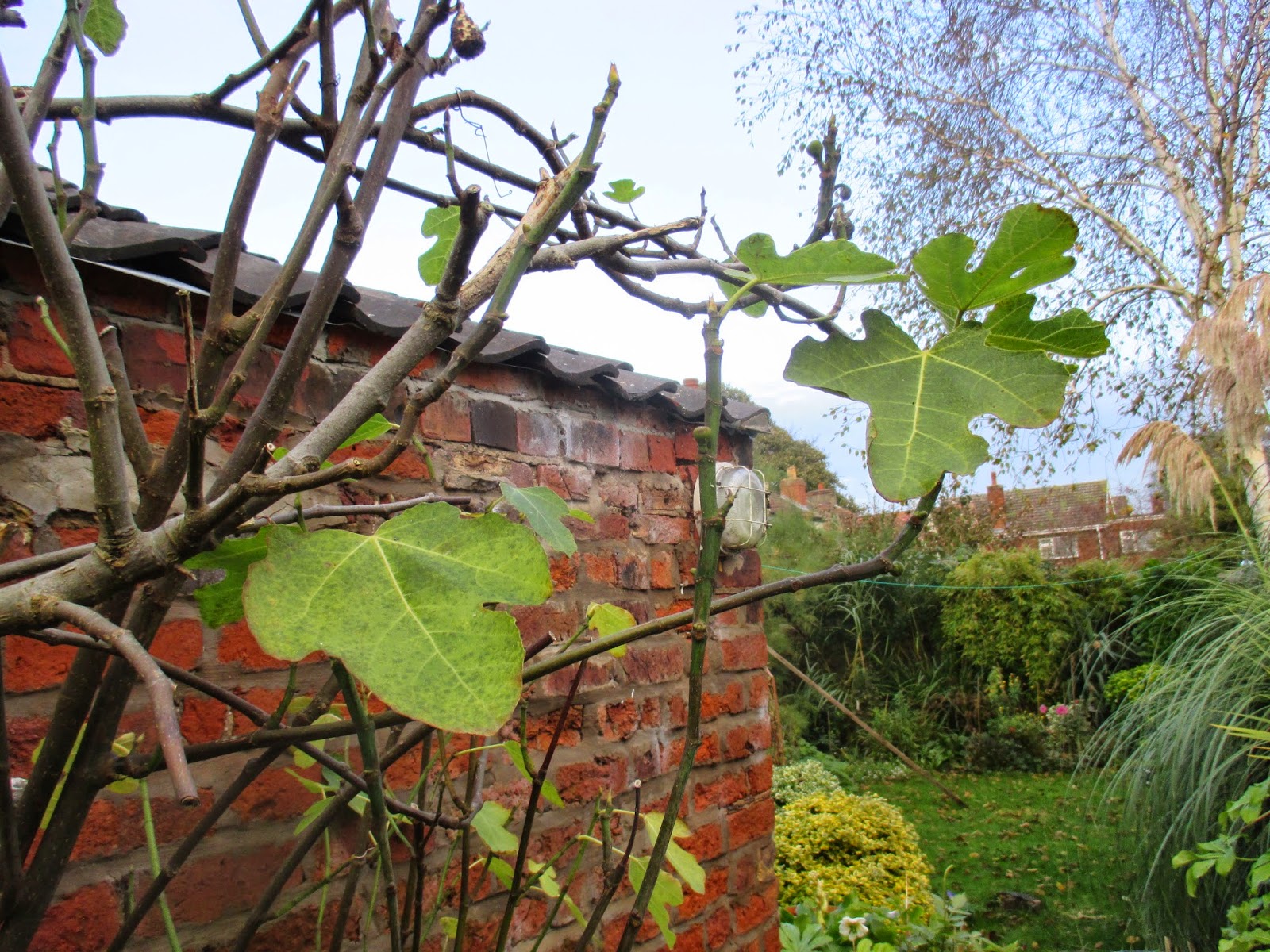 Even though many of the leaves are changing colour, there are still a few which think it is still summer, and remain resolutely green. 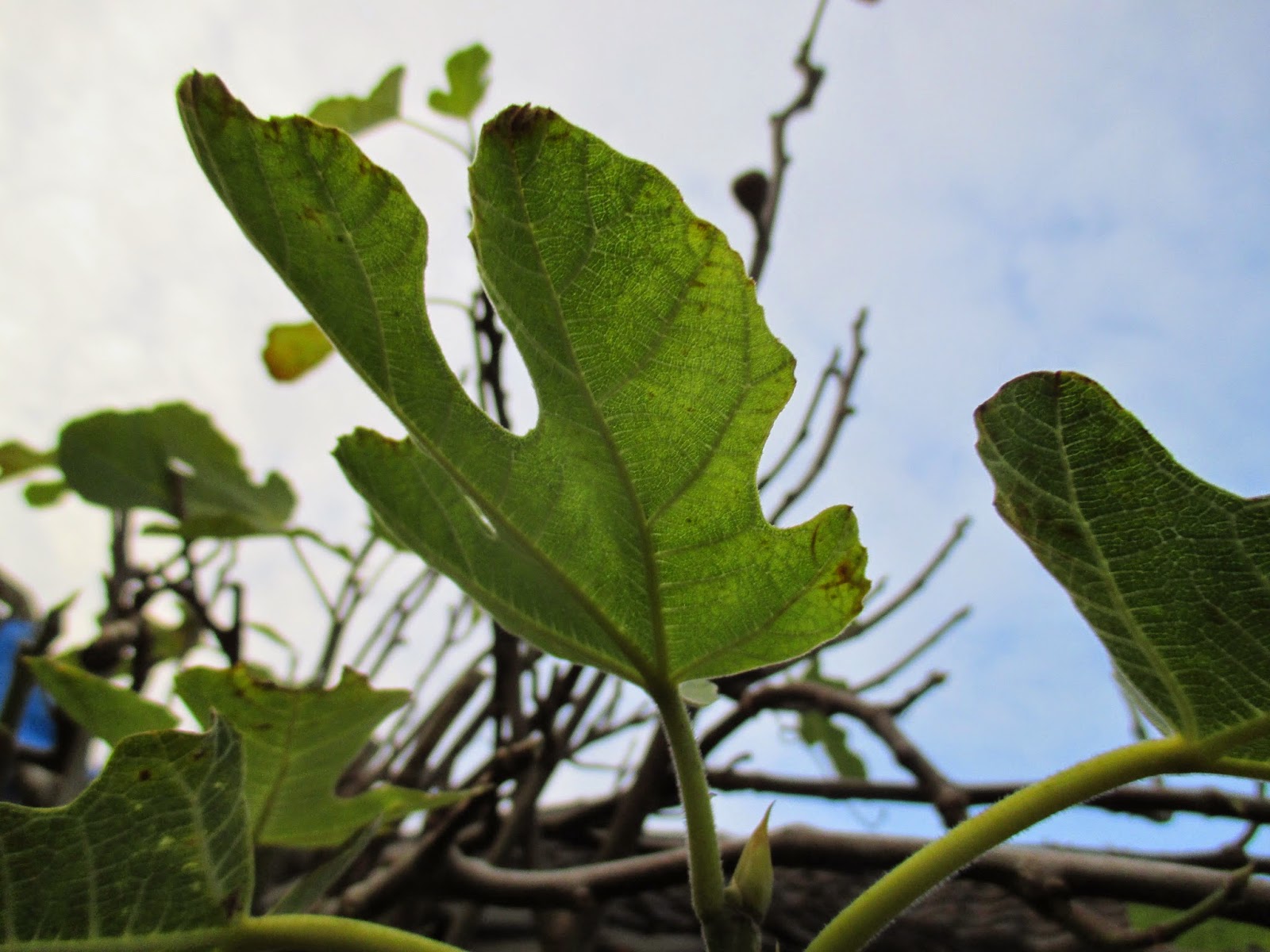 However, most of the leaves are turning colour and falling quite quickly now. 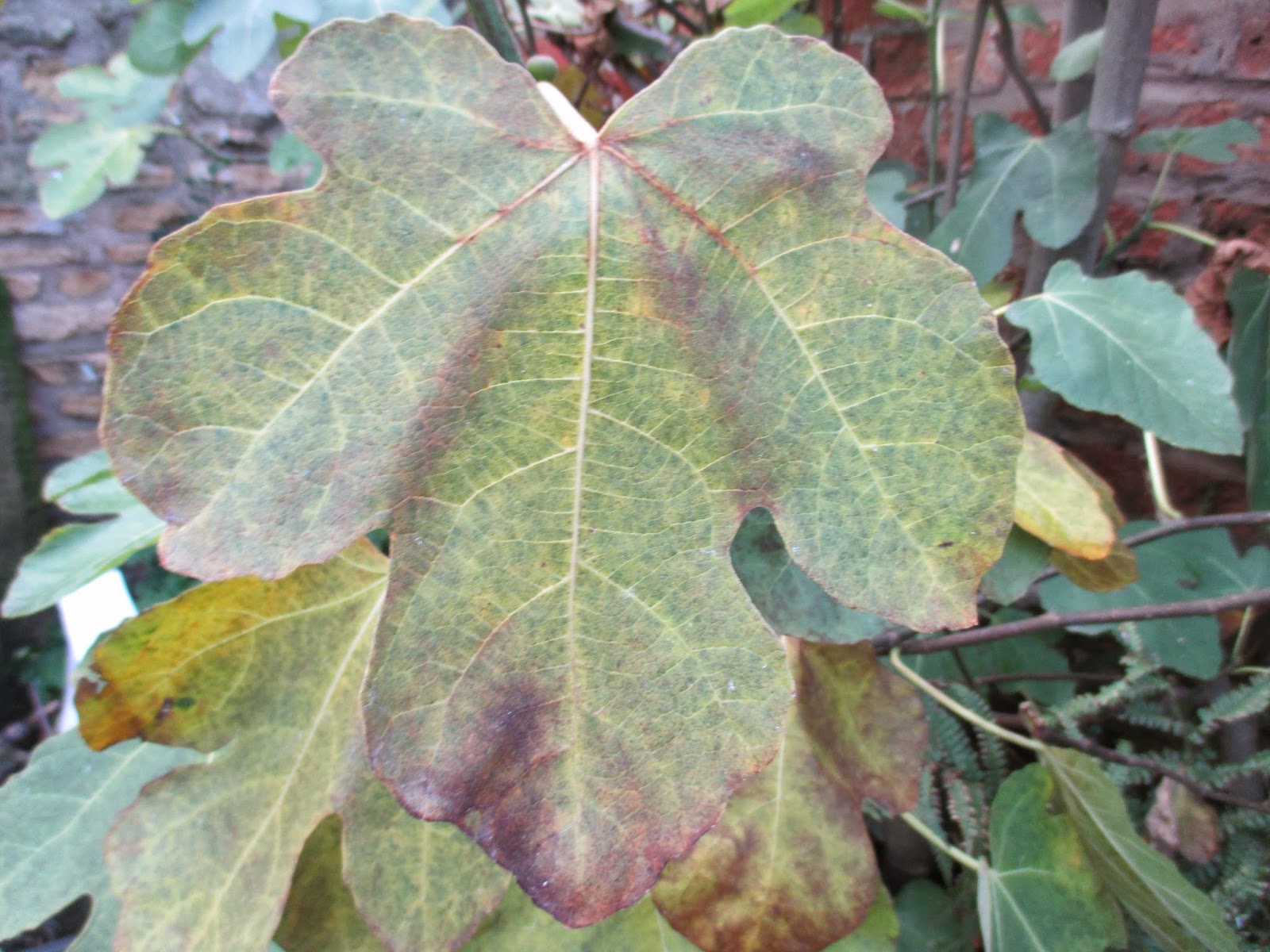 Although some leaves are an interesting yellow, the tree is not renowned for its autumn colour.

One more strong wind and I think it will be totally bare. 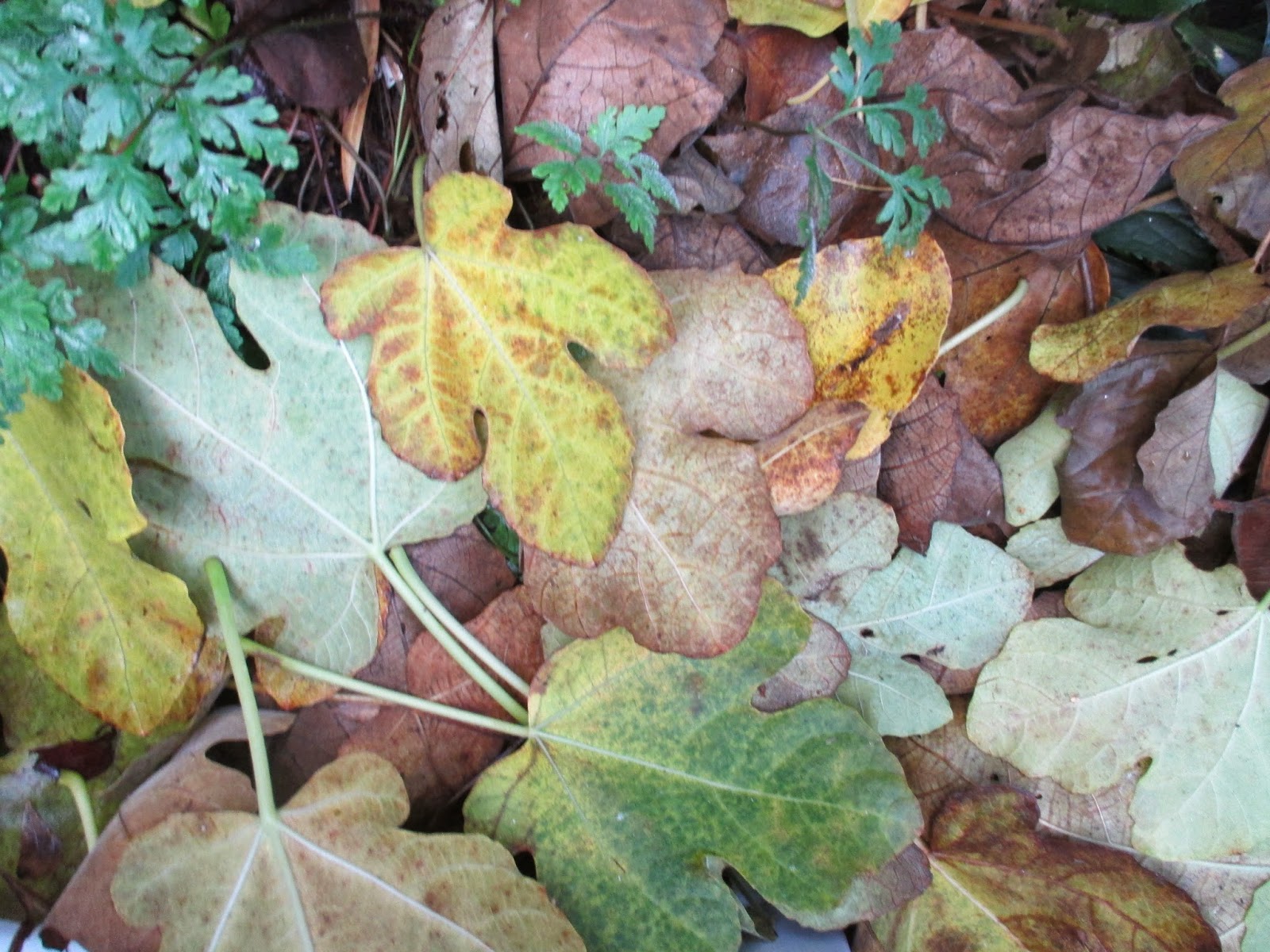 We have had an amazingly sunny and mild autumn which the fig tree has really loved, and the leaves have only really started to turn over the last couple of weeks. 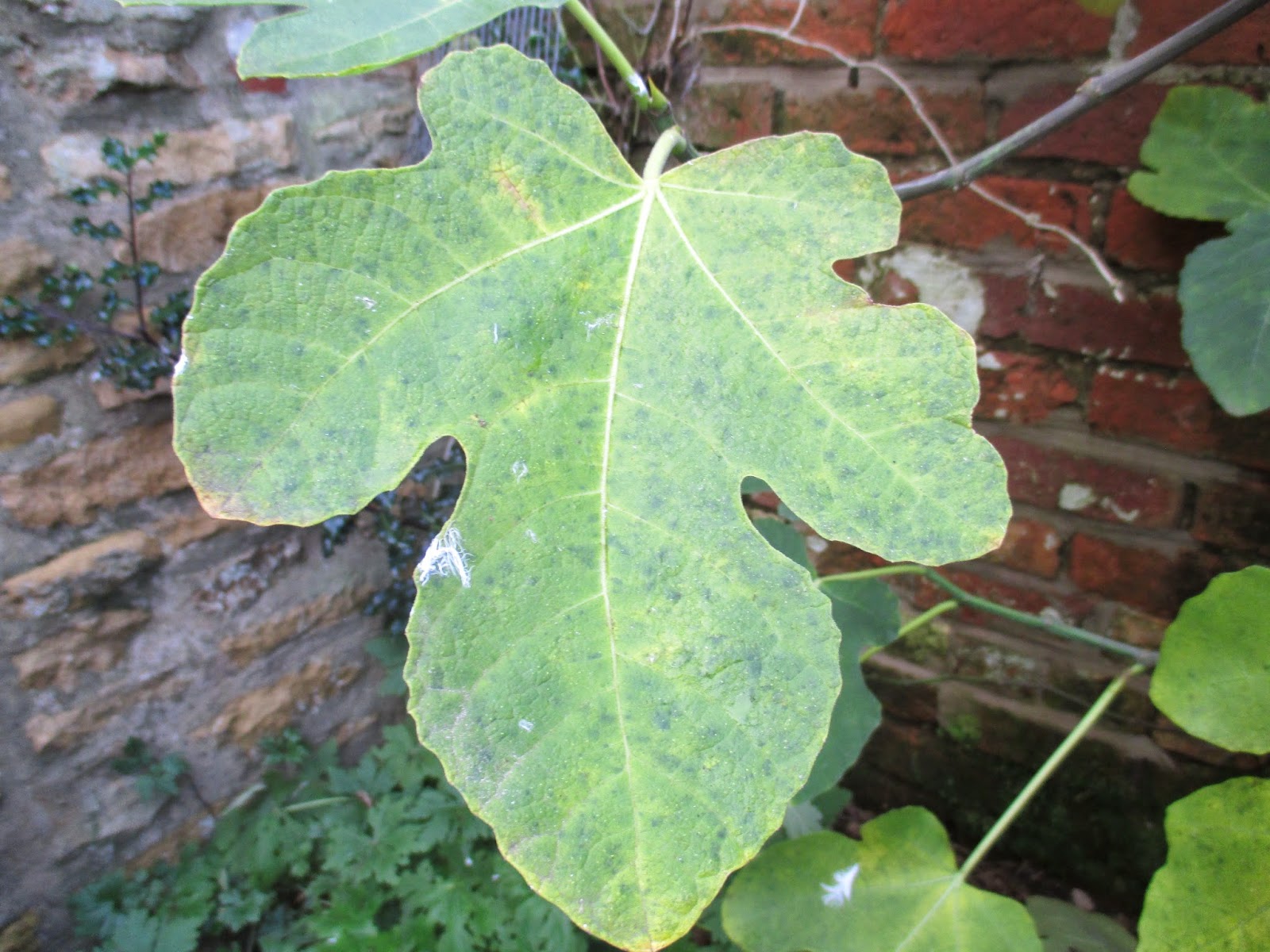 I had to cut this poor clematis ('Polish Spirit')  right back to allow the builder access to the brickwork behind the fig tree, back in the early summer. It usually grows through the fig tree and scrambles around in its branches. 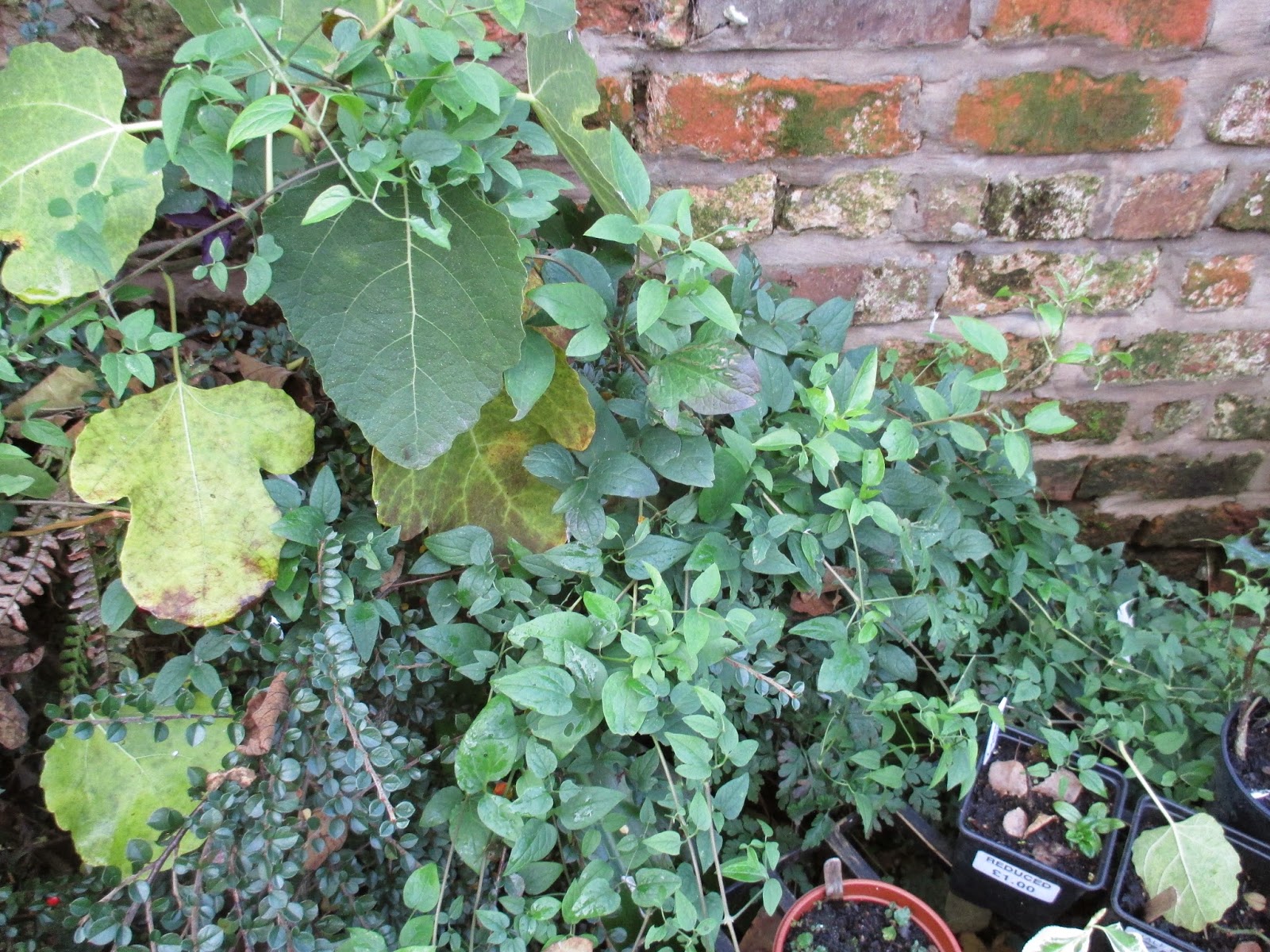 As you can see it has made a full recovery, and is growing back more strongly than ever. The flowers are a rich dark purple, and are freely borne.


I think that my December photos will show my little tree totally denuded, and slumbering deeply, just waiting for the Spring to stir it into growth again !